A meditation on the zeitgeist that's full of menace and pathos.
Vanessa Francesca 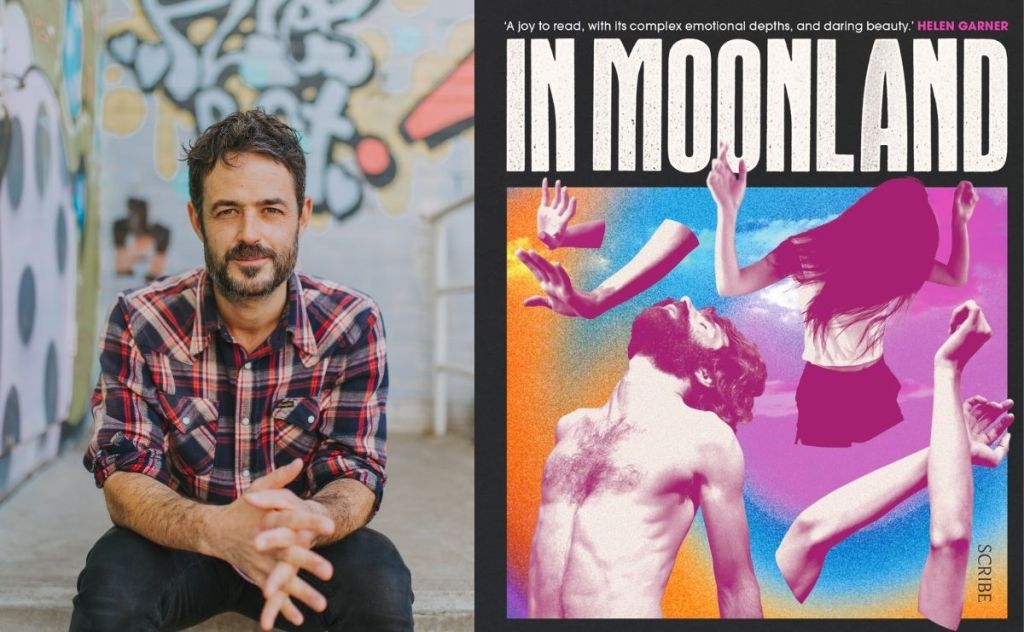 Miles Allinson’s second novel is ‘a story of family estrangement and entanglement.’ Picture by Meghan Lawson.

It’s not an exaggeration to say Miles Allinson’s In Moonland may be one of the most anticipated novels of the year. It’s the follow up to Allinson’s debut novel Fever of Animals, which won the Victorian Premier’s Unpublished Manuscript Award in 2015. That was a novel of heartbreak, painting and existentialism and imbued Melbourne’s unique reflective and artistic sensibility.

With In Moonland, Allinson has followed up his much talked about debut with a story of family estrangement and entanglement. The story follows Joe, the son of Vincent, who at the novel’s opening commits suicide and leaves behind his newborn granddaughter Sylvie, his ex-wife, and a story about a trip to India in 1978. As Joe begins to ask questions about his father’s mysterious life, we learn that Vincent has joined the cult of Bhagwan Shree Rajneesh. Moving into a world of paranoia and intrigue, with a piercing critique of contemporary Western society at heart, we become involved in an affecting story that switches perspectives and brings the tenderness of friendship and the post-apocalyptic dystopia in line with Rajneesh’s critique into focus.

As with Fever of Animals, a metafictional and metaphysical detective story where an eponymously named character is on the trail of a fictitious Romanian surrealist. Surrealism has its place too in In Moonland, mostly in the turns of a lyrical narrative that dares to imagine for its characters a past that was more than a dream of a summer of love and a future where the bonds of human tenderness strengthen its human inhabitants against a hostile setting,

In this sense, In Moonland is not only an original follow up to a skilled and innovative first novel… It’s also a profound meditation on the zeitgeist that is still felt by the Melburnian hipsters with whom Allinson’s work is so sympatico. Allinson has chosen a subject of menace and pathos that sketches out a number of settings with artistry.

I once saw Allinson speak as part of a series of events hosted by writers at the State Library of Victoria. Allinson has a memorable face and an engaging way of speaking. He is alive to his subject matter and both cautious and generous when speaking of the effect that his writing routines have on the people around him. During Allinson’s talk and the brief exchange we had afterwards, Allinson reflected on two things that came back to me as I was reading In Moonland. The first thing was Allinson’s observation that in applying for grants a novelist makes their work seem as big as possible but in writing to a manageable scale they need to make it smaller. Given that this was a consideration, In Moonland is not only beautifully and fluently written, but paced with expertise and subtlety.

The second observation was a wistful comment from Allinson on the limitations of being a writer. It means not being fully present with the people around you all of the time, Allinson said a little wistfully. This observation, I thought at the time, was the mark of an empathetic person capable of piercing artistic insight.  In Moonland polishes this insight to jewel-like quality, and lingers, beautifully, after its plot has passed away.