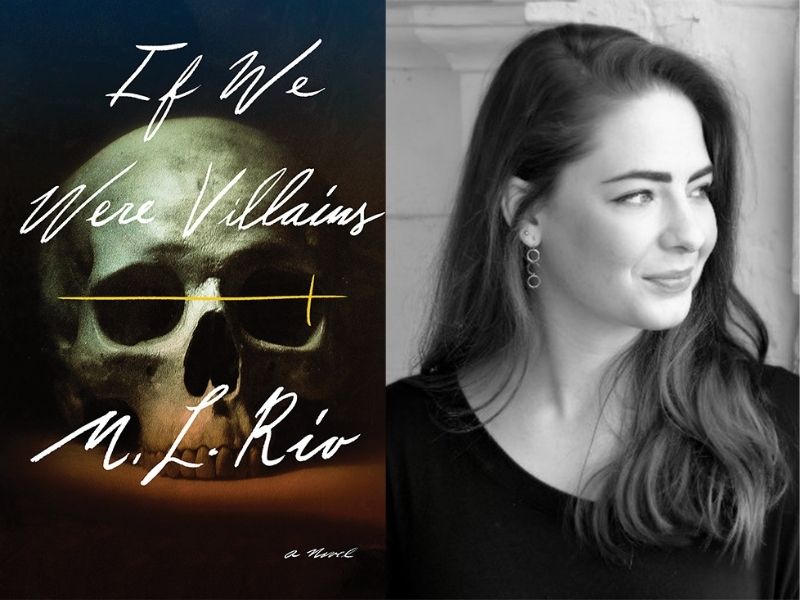 ‘This is a very interesting book, well-constructed, well-executed, and intriguing.’ Photo supplied.

M.L. Rio’s If We Were Villains was first published in 2017 but has recently surged in popularity thanks to its coverage on BookTok. It tells the story of seven 20-something friends who attend the fictional Dellecher Classical Conservatory, a prestigious and highly competitive American arts school, where they are studying as Shakespearean actors.

Instead of chapters, the story is divided into five acts, and each act divided into scenes. The acts each begin with a prologue depicting an interaction between Oliver Marks, one of the seven friends, who has just been released from ten years in jail, and Detective Colborne, the man who put him there. Colborne has always known that there is more to the story of what happened at Dellecher a decade ago, and now that he has been released, Oliver is finally ready to tell him what really happened.

The construction of the story builds tension and intrigue right from the beginning, with the initial innocence of the past, framed by a present heavy with the weight of what happened. It is known, from the book’s blurb and the brief interaction between Marks and Colborne in the first few pages, that something terrible happened at Dellecher tens years ago, and that it pulled apart the tight-knit group of friends that we quickly come to love.

In this sense it is very much a Gothic novel; the sense that a terrible event is coming, the nightmarish atmosphere of the event occurring, and then the slow tearing apart of the fabric that held the friends and their world together. There is an inevitability to the characters’ fall from grace, punctuated by moments of hope and brightness in amongst the dread. As Oliver muses towards the end of the story, that is the genius of a tragedy: you can almost believe, right up until the point of everything collapsing, that it might turn out alright.

This is a very interesting book, well-constructed, well-executed, and intriguing. The slow-burning atmosphere of inevitable tragedy can be overwhelming at times, and the final reveals come very late in the story, but if prolonged tension is the mood you like in a book, If We Were Villains certainly delivers.

There are also some tiresome, irritating tropes in relation to the suffering and unrequited love of queer folk, but I can’t explain that too much without giving some things away. Just know that few characters have happy endings in this book, least of all the non-hetero characters.

Also know that, if you do not enjoy Shakespeare, you may find this story difficult to enjoy; so much of the dialogue, characterisation, and plot rely on Shakespearean language and formatting that he feels like an unofficial narrator, pulling the characters’ strings and feeding them lines.

Thus, I would recommend this book to anyone who enjoys Shakespeare, dark academia stories, and slow-burning, atmospheric mysteries. It is not a quick read, but it is a deep one.