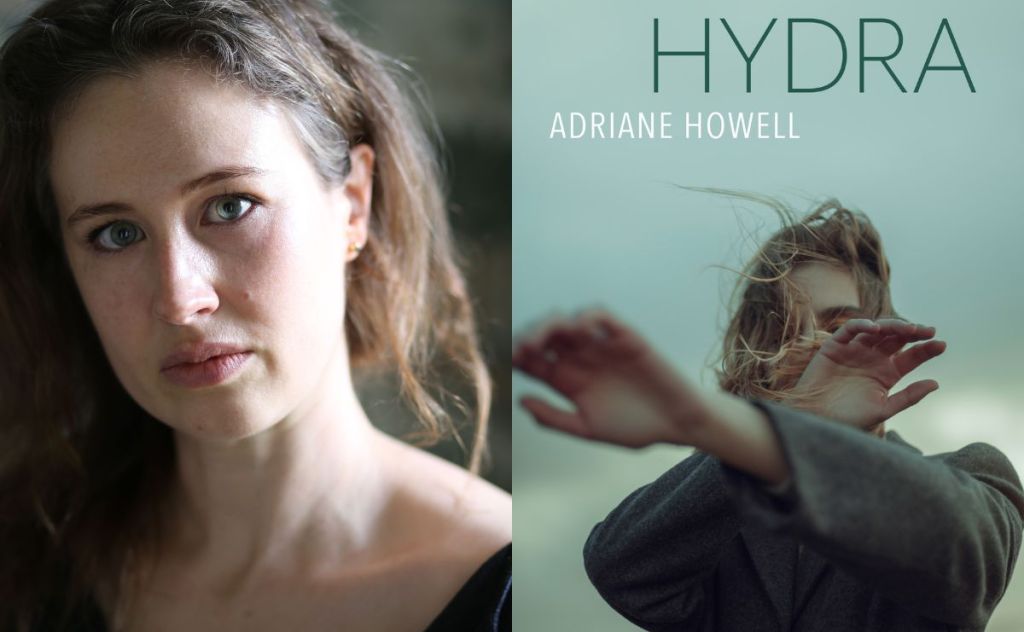 When we first meet Anja, the main character of Adriane Howell’s debut novel Hydra, her life is teetering on the edge of destruction. A young antiquarian, Anja is consumed by her work and her rivalry with a colleague vying for the same senior role as her. Anja’s eccentric mother has recently passed away and she is reeling from a disastrous holiday in Greece that prompted her husband to leave her.

Driven to distraction by these pressures and losses, Anja snaps and makes a terrible mistake, ultimately costing her her job. Adrift and directionless, Anja finds herself inexplicably drawn to an abandoned and isolated cottage by the sea. Undeterred by the wilderness all around and the neighbouring naval base, Anja sinks her inheritance into this derelict property and decides to build a new, solitary life. However, it soon becomes apparent that Anja is not quite as alone as she first thought – someone, or something, is watching her every move.

Howell establishes a sense of unease from the very beginning of the novel – on edge, readers can only watch in horror as Anja’s self-destructive spiral continues. Evocative prose and detailed description transform Anja’s sunny, seaside cottage into a haunted house, where the sinister and the unknown lurk in the shadows.

A focus on the eerie location and the traces left by Anja’s stalker heighten the tension and propel the mystery forward. Anja’s story is interspersed with redacted transcriptions of interviews carried out decades earlier by a senior naval officer trying to uncover the truth of the mysterious presence haunting the area. These occasional changes in perspective add another dimension of uncanniness to the narrative, as Anja’s path begins to merge with that of the investigative officer. While providing their own strand of mystery, the interviews also serve as a brief respite from Anja’s chaotic life.

The narrative also jumps between the present day and Anja’s disastrous holiday in Greece with her now ex-husband. Hydra was partially written on the Greek islands of Hydra and Crete, as part of a writer’s residency, and this is evident in the carefully detailed rendering of the setting. Mysterious events unfold on the beach outside Anja’s hotel, and she is deeply intrigued by the situation. Meanwhile, her husband is repulsed and struggles to understand her behaviour, deepening the cracks in their fractured relationship.

Delving into Anja’s past and her failed relationship establishes a compelling main character, allowing the reader to sustain both hope, as well as fear, for Anja, in spite of her continually self-destructive decisions.

The unnerving nature of the unknown presence stalking Anja is a highlight of Hydra. Howell skilfully establishes an atmosphere tense with fear as Anja slowly comes to realise that she is not alone in the bush. The sense of mystery makes for an engrossing narrative, however the revelation of the true nature of the stalker lacks the same compelling darkness. While the twist is undoubtedly unexpected, it does not quite follow the Gothic expectations constructed by the setting and Anja as a character.

Read: Book review: Every Version of You, Grace Chan

Hydra explores constraint and freedom, as Anja, isolated in the wilderness, finally begins to take control and form a new life. Examining the concepts of monstrosity and wildness, both through Anja and the presence that stalks her, Hydra interrogates what we find frightening and why, and the forces that tether us to our pasts. While ultimately the build-up to the revelation of what exactly is stalking Anja may fall a little flat, the anticipation and the eeriness throughout ensure that Hydra remains a thrilling read.