Book review: Everyone In My Family Has Killed Someone, Benjamin Stevenson

Funny and ingenious, this is an exemplary contribution to the detective genre.
Craig Buchanan 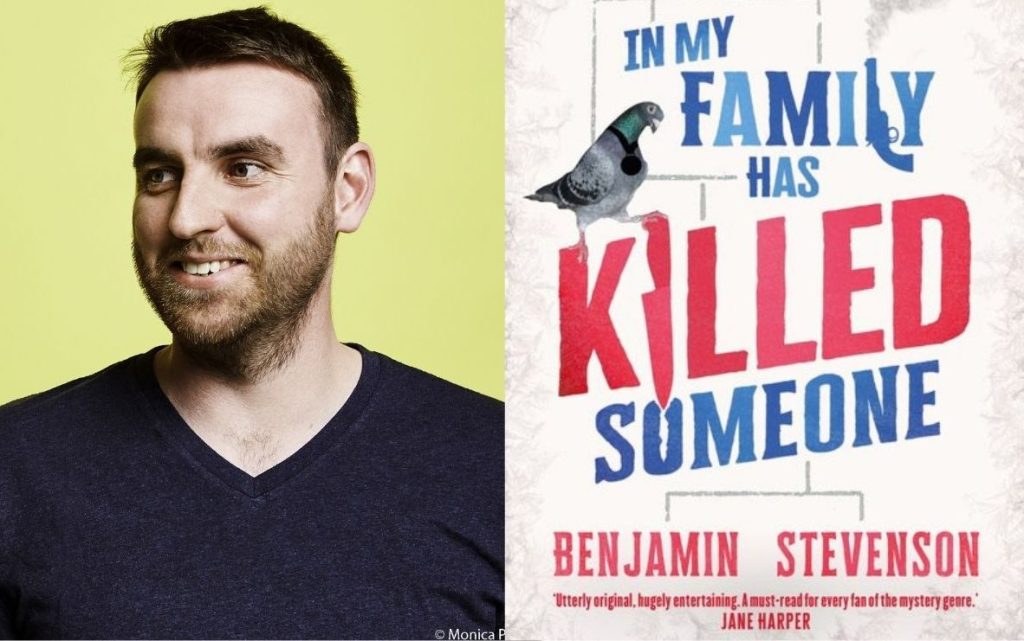 ‘Stevenson is a fan of Golden Age detective stories.’ Photo by Monica Pronk.

When reviewing a modern murder mystery, it’s only natural to want to compare it to something recent that has struck a chord with the reading public.

When it comes to Benjamin Stevenson’s Everyone In My Family Has Killed Someone, however, you have to go a good deal further back to do the author and his work the justice that both deserve.

Stevenson helps in no small part, by revisiting Roland Knox’s ‘Ten Commandments of Detective Fiction’ on his opening page. As well as being a Catholic priest and academic, Knox (who was a contemporary of the likes of Agatha Christie and Dorothy L Sayers) decanted his Commandments in an attempt to codify the ‘whodunnit’ and allow the reader at least a chance of solving the mystery before the detective’s grand reveal. Of course, that sort of mystery is highly dependent upon intricate and sometimes twist-filled plot lines, which makes it the very devil for a reviewer, because it severely limits what we can say without giving too much away.  ‘No spoilers!’ as they say in TV land.

What we can say is that it’s clear Stevenson is a fan of Golden Age detective stories, and that Everyone In My Family Has Killed Someone is his attempt to recreate that sub-genre for a thoroughly 21st century audience. Building upon the thematic underpinning of his two previous books – the bond between brothers – he introduces us to Ernie Cunningham, who, as well as being a school teacher determined to nothing to do with his family’s criminal ties, is also the man responsible for having put his own brother away for a stretch on a murder charge.  Thus, when the family arranges a reunion, it is clear that sparks are going to fly, even before the location, half-way up an Australian mountain, is revealed, and enough snow falls to keep a morgue full of bodies on ice.

And fair to say, if Ernie is reluctant to go up the mountain to begin with, the reader will be equally reluctant to put this latest mystery from Stevenson down. With a set of finely crafted characters, and a plot that is equal parts guile, humour, and ingenuity, this is a book that promises to satisfy readers from all points on the mystery writing compass, and to do so in ways that will almost certainly guarantee Stevenson the award he narrowly missed out on with each of his first two novels.

Run, do not walk, to buy your copy though, because HBO has already seen the potential in Everyone In My Family Has Killed Someone, and has snapped it up for serialisation. That’s great news for Stevenson, and great news for HBOs ratings, but it begs the question, do you want to be the person who misses out on the murder mystery release of the year, and settles for watching the adaption – however good it may be – on the small screen?  And that, my friends, is no mystery at all.