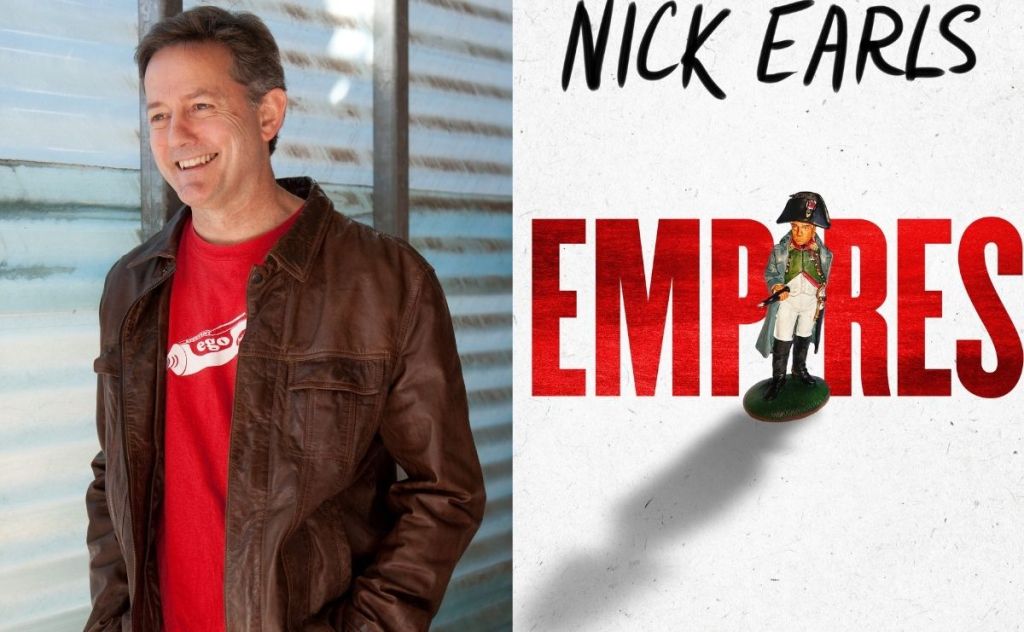 Nick Earls is one of Australia’s most innovative and entertaining popular novelists, and in Empires he presents us with his most sophisticated work yet. A novel in five parts set in times and places as diverse as turn of the century Vienna and present day Hong Kong, the novel uses the metaphor of Caesar’s breath to explore the interconnectedness of memory, history and the individual’s place in a complex and increasingly globalised world.

Throughout Earls’ long career of popular novels, he often combines sources or integrates interdisciplinary knowledge to achieve keen insights into the lives of his characters. Whether integrating the notion that we are all breathing fragments of Caesar’s last breath or explaining the surprising presence of Bernoulli’s principle on the flow of air pressure, surprising and educative metaphors abound in Earls’ ability to see through a new pair of eyes.

Although Earls has produced consistent and interesting fiction at a steady pace through the last two decades, the serious philosophical turn broached by Empires brings to mind Earls’ last novel The Thompson Gunner, which combines lad-lit entertainment with a touching meditation on the role of children in the Northern Ireland conflict. Earls, whose family migrated from 1971, is able to scale both stylish surfaces and unexpected depths with likable characters and a commitment to positive masculine role models. This makes the iconic Brisbane writer an interesting novelist for inquisitive younger readers and a novel like Empire is a great introduction to adult fiction and postcolonial literature.

Earls has been compared to Nick Hornby, a writer who is affectionately known by his friends as being adverse to leaving London (and affectionately known to readers of his McSweeney’s books column as being reluctant to leave his own bath). In some ways the comparison is useful, and helps contextualise a style of writing that sees nice guys learn to negotiate the links they have with the world and each other and move from simply observing the world to becoming responsible for changing it. It’s also useful in highlighting the unique role the city of Brisbane has played within Earls’ work, and the way in which these narratives have enriched the river city. But to stick too closely to the ‘lad lit’ analogy is to sell Earls short. Empires is an accomplished simulation of expatriate diaspora hood, of the kind that shows Australia to be an outward-looking, unsentimental and multi-layered identity that can move beyond new century blues to a confident articulation of what it is to be connected to the past but looking towards the future.

Anyone who enjoys Empires can find a pitch-perfect study of multi-narrative contemporary writing in Earls’ series of novellas: The Wisdom Tree, which structurally anticipates and echoes some of the themes of Empires. One of the pleasures of growing alongside Earls’ writing is watching his development in portraying children; there is pathos and play in each of these novellas. In his latest work, Earls has given us lad lit with a twist of fin de siècle malaise, and in doing so have reminded us of the scope and generosity of the popular novel when it takes us beyond our native waters.