An accomplished tale of female friendship notable for its queer representation.
Rosalind Moran 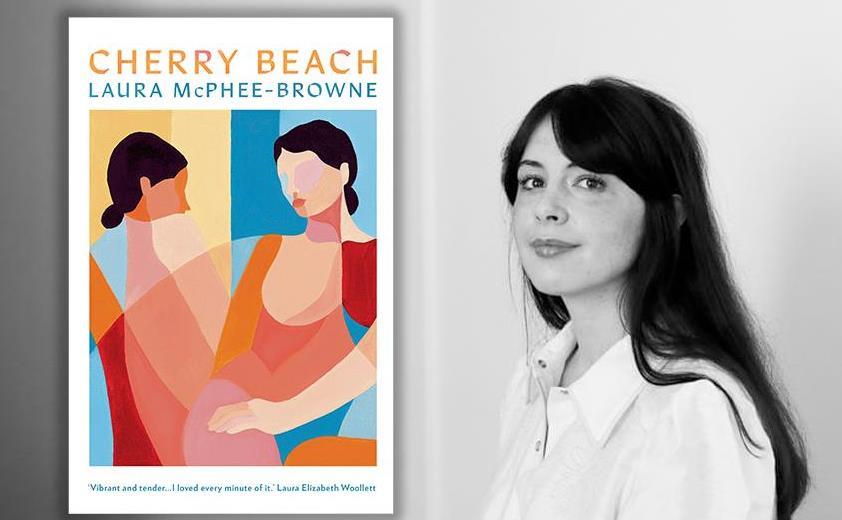 Female friendship is having a moment in publishing. All-consuming emotions and desires are at the fore. Cerebral narrators follow their spectacular friends as they skip along the path up ahead, always too close to the cliff’s edge. Books featuring well-drawn characters with nuanced, disquieting relationships are being lauded, such as Elena Ferrante’s My Brilliant Friend, Zadie Smith’s Swing Time, Kate Mildenhall’s Skylarking, and Sharlene Teo’s Ponti.

Cherry Beach follows narrator Ness and her best friend Hetty as they leave Melbourne indefinitely for Toronto, where they gradually create new lives for themselves. The pair’s relationship forms the core of this novel: Ness is painfully in love with Hetty, who neither knows of her friend’s feelings nor returns them, at least not in a sexual or romantic sense. The pair share so much history that for Ness in particular, their personalities and wellbeing seem almost inextricable from one another. Indeed, as the novel goes on, it becomes clear the pair are co-dependent while simultaneously in desperate need to grow – and to grow apart.

McPhee-Browne brings these two characters thoroughly to life. Hetty is charming, desired, and captivating, while Ness is quieter and more anxious – a dynamic evident even in the flashback vignettes detailing their childhood together. One could argue the depth of the pair’s characterisation in contrast with that of other characters indicates a shortcoming; however, the relentless focus on Ness and Hetty represents rather how absorbed the narrator is by their relationship. Ness orbits her friend faithfully, passively; but as Hetty’s poor mental health and artless nature spirals into drugs, alcohol, and self-destruction, Ness steps out onto her own path towards finding love and friendship elsewhere. In this sense, Cherry Beach is both a coming-of-age story and a tender depiction of what it means to grow apart.

This novel has many merits. McPhee-Browne is a strong writer, and the place-specific details and descriptions in Cherry Beach help bring the characters’ world to life. The recurrence of water as a theme and symbol is thought-provoking and effective. The novel is also noteworthy for its strong queer representation and storylines, and for the fact that its queer characters exist on the page without angst or apology. Indeed, while there’s value in coming-out stories and in writing about the very real social and cultural challenges that queer people encounter, it’s refreshing to read a story where a female protagonist can date women and no-one bats an eyelid. For this reason alone, Cherry Beach is a breath of fresh air.

That said, this novel did have a few weaknesses. For instance, while it’s clear Hetty is perceived as a sort of dream girl in part because of the narrator’s perspective, the portrayal of her character did grow cloying, at least for this reader. A rare criticism of her voiced by another character, who remarks that it was as if Hetty were ‘playing a part in a sad indie film’, rang unkind but true. Indeed, sometimes Hetty read as being plucked directly from the pages of an Anthropologie catalogue.

Moreover, although Hetty is a complex and not unsympathetic character, her outsize impact of Ness’s life made their dynamic sometimes deeply frustrating to read about. The absence of a driving plot beyond these two characters’ relationship meant there was no relief from the pair’s company, which made the reading experience claustrophobic and bleak at times. This was no doubt a stylistic choice, but it also resulted in a narrower novel – accomplished, but perhaps less bold and inventive than it could have been.

Despite these criticisms, however, Cherry Beach is highly engaging as well as skilfully put together. It’s a striking novel, especially considering it’s a debut, and suggests McPhee-Browne is an author worth watching. What’s more, it’s sure to be a favourite among those who enjoy novels centred around complex friendships. Readers will certainly be holding their friends tighter by the end of it.