A novel of reminiscence for a different time: 1980s Australia and its rumbustious music scene.
Anna Westbrook 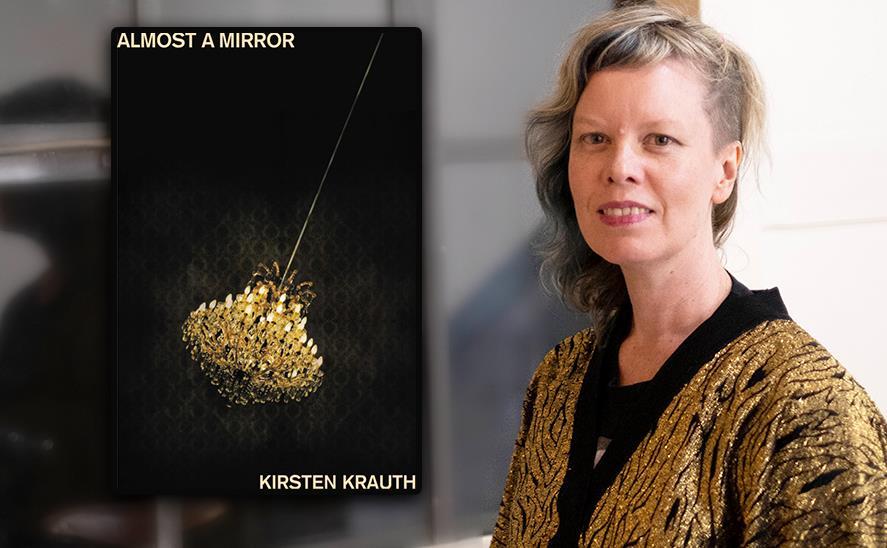 Reading Almost a Mirror while socially isolating has been bittersweet. Fundamentally, it is a novel of reminiscence for a different time: 1980s Australia and its rumbustious music scene – visceral, embodied, and proximate to sweat, spit, and all manner of bodily fluids. Krauth’s text ricochets between Bildungsroman, nicotine-stained Melbourne dancefloors, to grown-up reality in the 2010s tinted by responsibility and the minutiae of grievous loss. The writing thrums with a worn, yet capacious compassion, and Krauth’s characters seem so familiar, so well-observed to a particular zeitgeist and experience, it is uncanny. I can’t stop thinking as to all the people to whom I would personally recommend it, loved ones who fall right in that generational fret, but also how, across time, a party is a rose is a rose… and when we shall be able to have another.

My apartment building neighbours have no doubt been appreciating the book’s blared ubiquitous soundtrack on Spotify repeat, (Krauth makes a feature of its accessibility in her notes). Without the likes of The Cure, The Birthday Party, New Order, Duran Duran, Talking Heads, The Church, and others in stereo, it is almost a disservice to Almost a Mirror, as each of Krauth’s often-experimental, almost lyric vignettes, take chapter headings (and, indeed, the novel’s very title), from songs. They complement each other in a kind of rocket-fuel mixology. The three main characters: Mona, Jimmy, and Beñat, negotiate their intersecting worlds informed by exposure to the cultural expression, and its nostalgic reconjuring decades later. Krauth is meditative about time and presence, intertwining the touchstones of track hooks in her prose, and pursuing a character’s documentation of the everyday in Polaroid, for the reader’s imagination. However, this is not a self-indulgent nostalgic deep dive as the writer is equally attentive to the flotsam of lost promise; the devolution from New Romantic to unromantic.

The complexity of adolescent girlhood is tenderly, proactively and non-judgmentally depicted. Sexuality is explorative, refreshingly undefined by trauma, even amidst the toxic masculinity of 80s band culture where: ‘The girls at the front watch the band like they’re in line for a beheading, waiting for Nick to be monstrous, to hurt them.’ Still, one of the most memorable scenes in the book culminates in a teenage Mona having an orgasm from a guy going down on her in a train station photobooth.

New parenthood, and its quiet moments of intimacy, is the subject of some of Krauth’s most delicate and lovely writing: ‘And in the witching hour each night, Mona and Beñat sit in Kaz’s bathtub and talk, glossing over pasts and imagining futures, as Ro swims between them, fingers flickering in the water or lying still on his back. The baby’s eyes follow the lace curtains as they writhe in the air.’ This is writing of understated feeling at its finest – unguarded moments. Likewise, when Mona finds a dead bird: ‘It’s lying just around the bend, over the railway bridge. A small mound of pink and grey, soft burst of feathers on the road. There’s another galah standing over it, a doctor at the bedside, peering in with curious care. When Mona goes to drive around it, the bird doesn’t move. It stays on the road and keeps walking over to its friend as if it can’t quite believe it.’

Almost a Mirror is a flaming galah of a book: a bit weird, all on its own chugging a longneck but knowing its friends are gonna turn up soon, sporting some truly remarkable plumage.