Book review: A Couple of Things Before the End by Sean O’Beirne 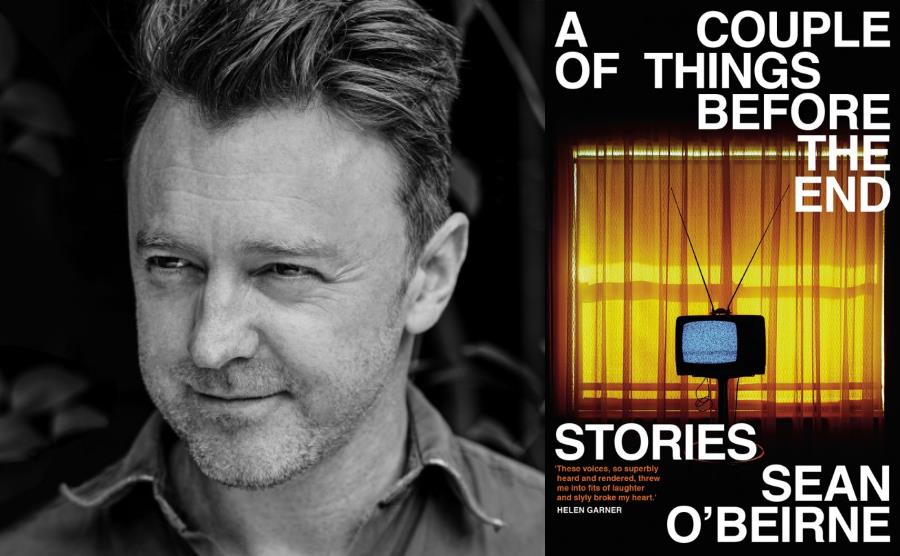 Satire has the capacity to condemn and humiliate. Yet, satire can also be generous, expressing fondness for the same people it’s making fun of. Sean O’Beirne’s collection of short stories, A Couple of Things Before the End, sits easily in the latter, kinder register. The collection explores modern Australian life from a variety of perspectives, voices, and moments in time.

In one story, two sisters discuss their annoying mother in Kmart, in sighing, eye-rolling tones. She buys too many towels; without offering an explanation, she won’t go to an old favourite restaurant anymore and insists instead that her daughters take her somewhere more expensive; she starts drinking too early. But their irritation seamlessly combines with their love for her. Likewise, this collection observes the flaws in the context it portrays, but it comes across as affection.

In ‘Footy Mysteries’, O’Beirne concocts blurbs for a fictional series of books where AFL players and refs get into an assortment of hijinks and it’s up to two ‘footy investigator’ brothers to save the day. It’s a wonderful satire of the earnestness of AFL fandom and jingoistic genre fiction. The story makes fun of this world, but it also celebrates it.

Throughout the collection, O’Beirne proves to be a canny re-creator of Australian voices – the cadence of the characters’ words and internal monologues is eerily true-to-life. While imitation can be weaponized against a subject, you have to have a lot of fondness for this culture to have been listening to it so intently.

Through the charming comedy, the collection also has stealthy, moving moments. In a therapy session, a university lecturer can’t talk about his decision to sit outside a movie theatre as his daughter watches a film without invoking complicated philosophy, and names like Derrida. It’s a funny observation of affected people, but you also sympathise with him in the end.

The collection doesn’t shy away from the problematics of Australian culture. We see a far-right politician find unprecedented electoral success, turning irrational fear into policy. We see a woman anxiously use her networks and wealth to escape an impending climate crisis that will victimise those less fortunate. Stories tackle issues like colonisation and refugee detention. These are well-observed moments. They show that Australian voices can be dangerous just as other stories show them to be refreshing, and funny.

The collection is shaded dark and light, by turns hilarious and a warning beacon. Like George Saunders or Miranda July, O’Beirne captures the weirdness of inner-life; and like TV series, Kath and Kim, he proves to be a keen observer of Australian lives and voices.