Nick Enright's quintessentially Australian play grapples with weighty themes.
Charlene Li
[This is archived content and may not display in the originally intended format.] 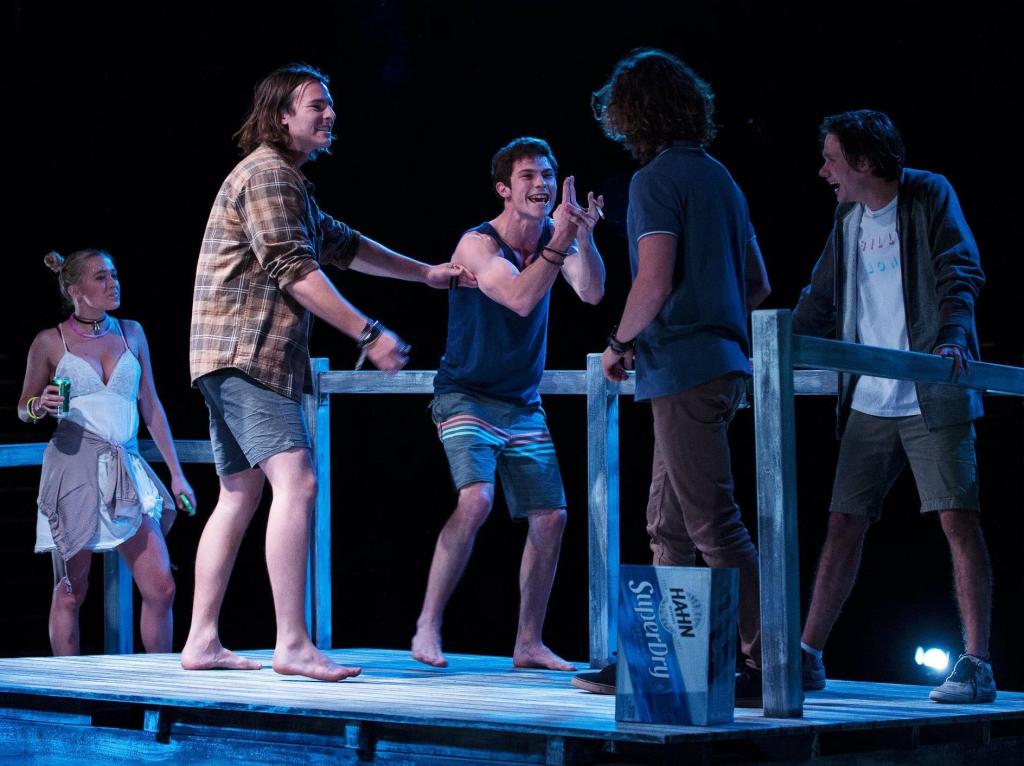 Presented by La Boite & QUT Creative Industries, Blackrock is a searing and authentic production of Nick Enright’s award-winning suburban tragedy. First performed in 1995, the play is loosely based on the real-life rape and murder of a 14 year old schoolgirl (Leigh Leigh) at a 16th birthday party on the beach in the Newcastle suburb of Stockton. The play was written as a mirror of contemporary youth culture at the time, a cautionary tale and an examination of some of the problematic and pervasive attitudes that facilitated the tragedy.

La Boite and the ensemble cast comprising of QUT’s final year acting students vividly and almost too convincingly bring to life a time and place that’s not contemporary but also not too far in the distant past; a setting familiar and nostalgic to the sizeable chunk of the audience who grew up in certain Australian suburbs around that time. For younger audiences it’s an almost alien time and place, known only through pop culture facsimiles such as Puberty Blues.

The performances from each of the cast members are spot on, with the final year acting students seamlessly embodying every facet of their teenage characters, from the bogan accents to their gestures and the way they carry themselves physically. Karl Stuifzand as the boorish yet persuasive Ricko is impressively unsympathetic. A major strength of this production is how arrestingly physical it is, with moments of physical comedy and realistic fight scenes which can be credited to movement and fight director Nigel Poulton.

The play is given a fresh spin with a rotating set (to suit the 360-degree roundhouse theatre) featuring a wooden construction evocative of the beach. Atmosphere is provided by Verity Sampson’s lighting design, which uses natural, warm pastels for the daytime scenes and neon to imbue the pivotal night time scenes with a sense of unreality. Guy Webster’s grungy electronic soundscape adds punch and builds dramatic tension.

Watching this play in 2017 is a curious experience. Set approximately two decades past, its events seem to inhabit an uncanny valley where it’s just distant enough not to be contemporary but not far enough in the past to be historical. While there are aspects of the play that some people might consider “parochial” in being particular to a time and place, the themes of misogyny, victim blaming, loss and rationalisation are anything but. The attitudes and cultures prevalent among Australian youth today aren’t quite the same as they were two decades ago – arguably we’ve progressed in many ways – but looking back is a worthwhile exercise, both to see how far we’ve come and to remind ourselves why progress is necessary.