All five human senses have been engaged in this truly groundbreaking work.
Ann Foo
[This is archived content and may not display in the originally intended format.] 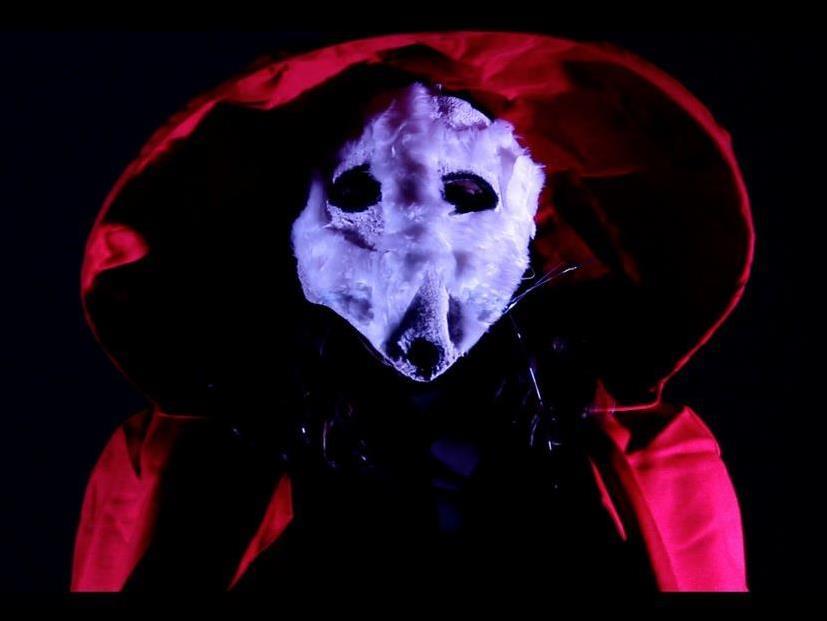 Performance art? Digital installation? Concept dining? The descriptions of birdfoxmonster, a collaboration between Studio A and Erth, have been mysterious and vague. Gathered in the mouth of the Carriageworks, there’s still very little clue as to what to expect and this is likely by design. Birdfoxmonster is designed to be multi-sensory experience, and although it could be described verbally, doing so would likely render it mundane. Which it is anything but.

The typically cold and industrial belly of Carriageworks has been rendered surprisingly inviting by the arrival of birdfoxmonster. Being greeted by the image of a pasta adorned pumpkin set the tone for a very special night. A night where everyday objects are rendered unique and everything, regardless of how seemingly disconnected, shared a kind of synchronicity. It’s not Utopia, but it is transcendental (or enlightened?) to be able to observe the intangible connection shared by all earthly things.

The intersection of art and food is intriguing and under-explored, so I was keen to see the role food played in shaping the narrative. Considering how loose the narrative was, these things are connected only in the most tangential sense – we witness a murder, we eat a burger. Make of it what you like, but don’t expect the meanings you derive to be consistent – this work forsakes logical consistency in favour of the intuitive.

Rather than shaping a narrative, the dining provides a framework for our invitation into the world of birdfoxmonster. Immediately, the dinner party sets a warm and welcoming tone. Each act is accompanied by a course. The familiarity of the ritual of dinner makes this immersive work much more palatable than your typical immersive theatre. It facilitates a receptiveness in the audience which is fundamental to one’s experience of the work. As we are being invited inside the minds of the artists whose perception of the world is so different from what most of us know, receptiveness is key. There is a tribal aspect here – in how this is a participatory shared experience rather than a performance, and in this sense, the dinner ritual actually serves as a kind of initiation into the tribe.

Directors Scott Wright (Erth) and Gabrielle Mordy (Studio A) have artfully curated the work to engage all five human senses. Every detail demonstrates consideration, from the hand painted crockery to Frankie Clarke’s ingenious lighting design, to James Browns’ eclectic sound design. There is a certain randomness to the elements, as reflected in the title  three seemingly  disassociated words. Yet placed together, there’s a natural synchronicity that defies explanation but feels so very natural.

It is a very rare thing to step inside an artwork with so many disparate elements that come together in such a cohesive, yet unquantifiable way. Ultimately, the effectiveness of any artwork comes down to communication –  how effectively is a mood or message communicated. Considering that what is being communicated here is not just a mood or message, but an entire world-view, the triumph of birdfoxmonster is truly groundbreaking.