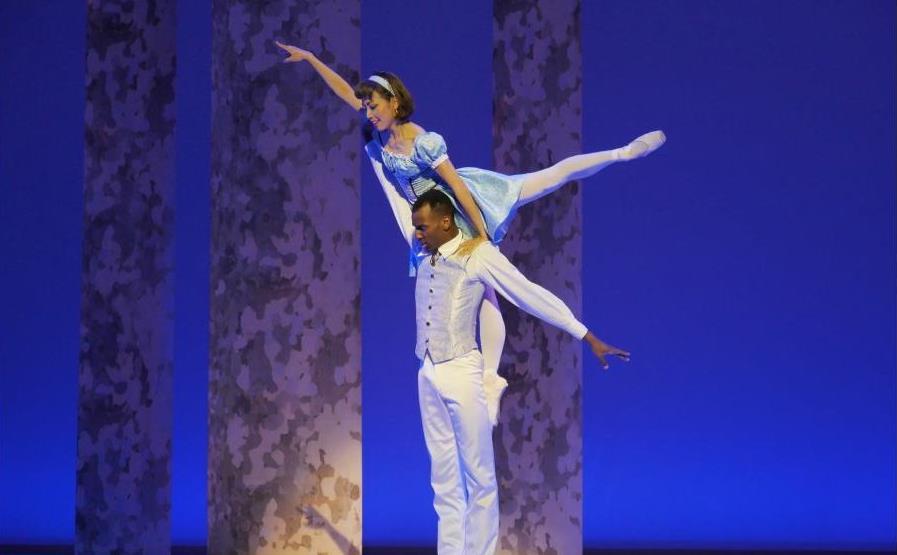 A sweet note on a violin stilled the chattering of a full house at His Majesty’s Theatre as the curtain rose on a small girl in a chair, reading a classic tale by a great mathematician called Lewis Carroll.

While Carroll had a great sense of fun, most of the characters in Alice in Wonderland had a mathematical basis discovered only by reading the words he had written and far from the hype of the Disneyland movie. To present it as a ballet, without words, is a challenge!

This version – styled as ALICE (in wonderland) – is choreographed by acclaimed American ballet director Septime Webre. It began its world circuit in the US in 2012 and recently performed in Hong Kong before this premiere in Western Australia and there can be no doubt of its success. It has arrived with a string of renowned American professionals: Johanna Wilt, répétiteur ballet coach, assisting Webre since the tour began; Clifton Taylor, lighting designer and Steve O’Shea, associate lighting designer; composer Matthew Pierce; and puppet designer extraordinaire, Eric Van Wyk, who crafted the 5-metre-long Jabberwocky.

Award-winning set designer James Kronzer kept the audience gasping with simple but ever-changing sets – including 166 props – from revolving doors to mechanics that enabled Tweedledum and Tweedledee (Matthew Edwardson and Jesse Homes) to ride their tandem bicycle above the stage and Alice (the diminutive Chihiro Nomura) to grow and shrink.

Nomura’s skill and versatility was fully supported by Juan Carlos Osma as Lewis Carroll and The Hatter, Oscar Valdes as the Dodo and The Joker, and Julio Blanes as the White Rabbit. Their grand jetés, pirouettes and lifts were combined with complicated, very fast moves that made you catch your breath. Matthew Lehmann also had multiple roles but it was his interpretation of the Cheshire Cat seducing Alice that brought a huge round of applause.

There’s a saying that actors should never perform with dogs or children but a plethora of ‘child guest artists,’ admirably well-disciplined, did their best to steal the show as flamingos, piggies and hedgehogs and there must have been small miracles happening behind the scenes with 214 costume changes, all by Canadian designer Liz Vandal, who won the well-deserved award for Best Costume Design at the Hong Kong Dance Awards for her designs in this production. The flamingo costumes for the corps de ballet were works of art but another that particularly stood out, along with her exquisite dancing, was the emerald green and red costume worn by Dayana Hardy-Acuna in her interpretation of an eaglet.

As an overall production, this version of ALICE (in wonderland) could not be faulted. The choreography was a breath of fresh air in a departure from many standard classic ballets, but it was the skill and the discipline of the stalwart WA dancers that really brought this production to life under the direction of principal ballet mistress Sandy Delasalle. Their adaptability was admirable with quick changes from playing cards to green creatures, from flamingos to flowers, though perhaps a little less could have been more, as the saying goes, so that better time could have been allowed to display individual talents and more mime to explain what was happening! It was disconcerting to see people having to shine a light on the program to discover what was going on. The characters were all there but it had a tendency to become more a gymnastic, busy scene rather that a true representation of the interaction between Alice and the creatures she encountered, especially in Act II which ended abruptly in comparison to Act I which seemed overly long. Perhaps some scenes like the flood of tears could have been sacrificed in the pursuit of balance and interpretation of this precious, classic story which is such a privilege to see in this day and age.