Unlike most gala performances, this year’s performance ended with a whimper, not a bang.
David Finch 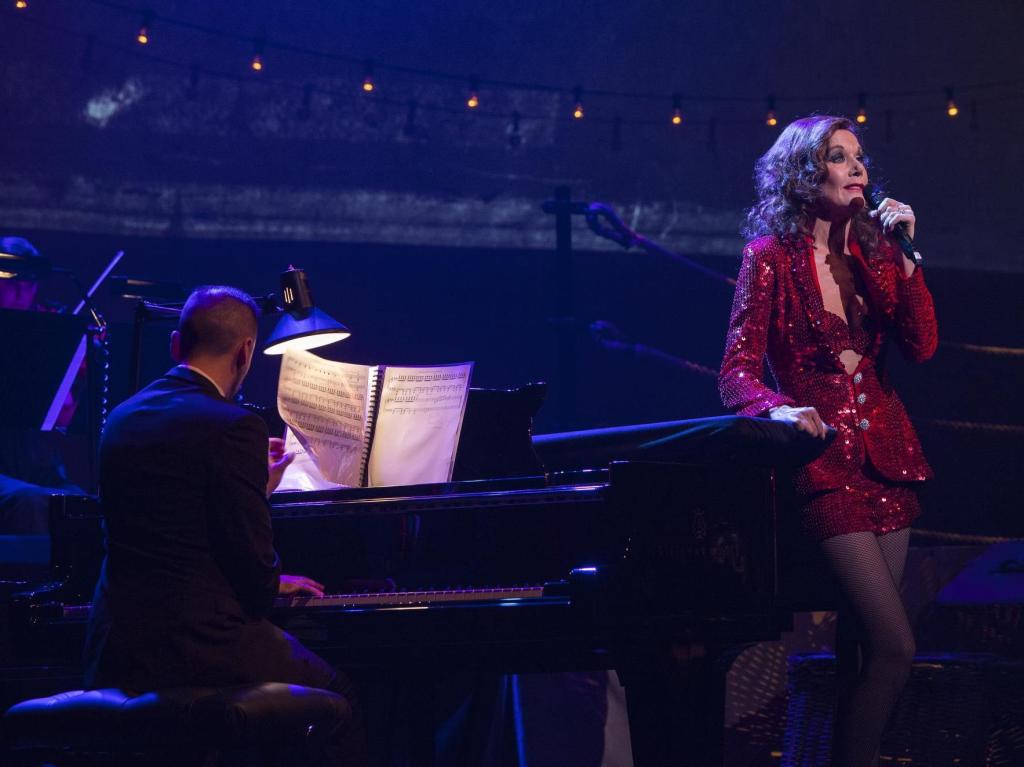 The slogan for the 2014 Adelaide Cabaret Festival is ‘Not Your Usual Suspects’ suggesting that the audience was in for something they hadn’t seen before. However, with a cast that includes Rhonda Burchmore. Rachel Beck, Tim Campbell, Todd Mc Kenney, Ali McGregor and Kate Ceberano, the Variety Gala Performance was largely full of the usual suspects, doing very much what we’ve seen them do before either here at the festival or Carols by Candlelight.

Unlike most artistic directors, Kate Ceberano’s face has been predominant in the printed advertising and media for this festival – her last as director. Unsurprisingly, this continued in the Variety Gala Performance. The evening began with a confused skit with a young child playing a bossy, limelight-loving Kate followed by Ceberano herself indulgently singing that she did the Cabaret Festival ‘My Way’. It wasn’t charming. That the word ‘Adelaide’ did not feature on stage but the word ‘Ceberano’ did, and in very large letters, speaks volumes. There might be something about Kate but when celebrated cabaret performers are in town for the Adelaide (not Ceberano) Cabaret Festival the stage should belong to them, not a limelight-loving artistic director.

Each performer came out on stage to perform a snippet from their individual shows that will be staged throughout the festival. Most went straight into song without any introduction from the host or themselves to contextualise their performance. In previous Variety Galas, a quick introduction to the performance (and not just the performer) has been invaluable.

Despite these flaws, some of the performances were memorable. Local singer Carla Lippis combined vocal talent and commanding stage presence to enthrall the audience with her performance of ‘Bang Bang (My Baby Shot Me Down)’. Kim Smith, fresh from New York’s cabaret scene, was a highlight with his evocative performance of ‘Pirate Jenny’ from Brecht and Weill’s The Threepenny Opera. Other highlights included Melody Beck’s medley tribute to Marni Nixon, a manic Sven Ratzke, and Caroline Nin’s ‘Lido Song’ and ‘No Regrets’ (which Nin prefaced with a little-known story about Edith Piaf and her signature tune).

The stage design was uninspiring and under-utilised the festival theatre’s expansive stage. A divided Adelaide Art Orchestra flanked a small, stylised boxing ring (named for Kate Ceberano) represented by one line of boxing ropes. The artists barely used the stage and the ring ropes in any significant way; if anything, the design appeared to hinder, not enhance, the performances.

A screen behind the boxing ring displayed title cards introducing each artist with a description of each of the ‘suspects’ ‘crimes’. One of these title cards included a presumably unintentional spelling mistake. Perhaps attention to detail is now a crime.

At several times throughout the performance the stage was bare and the upstage screen displayed Gala alumni Amelia Ryan interviewing artists backstage. Ryan did a decent job but the interviews were unnecessary and underwhelming. More importantly, there was something perverse about an audience (paying almost $100 to attend a concert venue for a short 90 minute show) spending almost ten minutes of that time looking beyond an empty and motionless stage to view a screen showing inane chatter between artists.

Todd McKenney was an adequate host but his reliance on crassness, sexual innuendo and prima donna antics for laughs eventually grated.

The finale featured headliner Woodstock performer Melanie Safka singing her song ‘Lay Down (Candles in the Rain)’ so badly out of key it might have been better had she remained offstage and done what her song title suggests. Safka was a bad choice for a finale and she delivered a bad performance. The last word unsurprisingly went to Ceberano who took centre-stage with a reprise of ‘My Way’ before she led the cast scraggily off stage. Unlike most gala performances, this year’s performance ended with a whimper, not a bang.