The star-packed, entertainment-filled opening night Variety Gala Performance suggests that this festival will be a major success.
David Finch 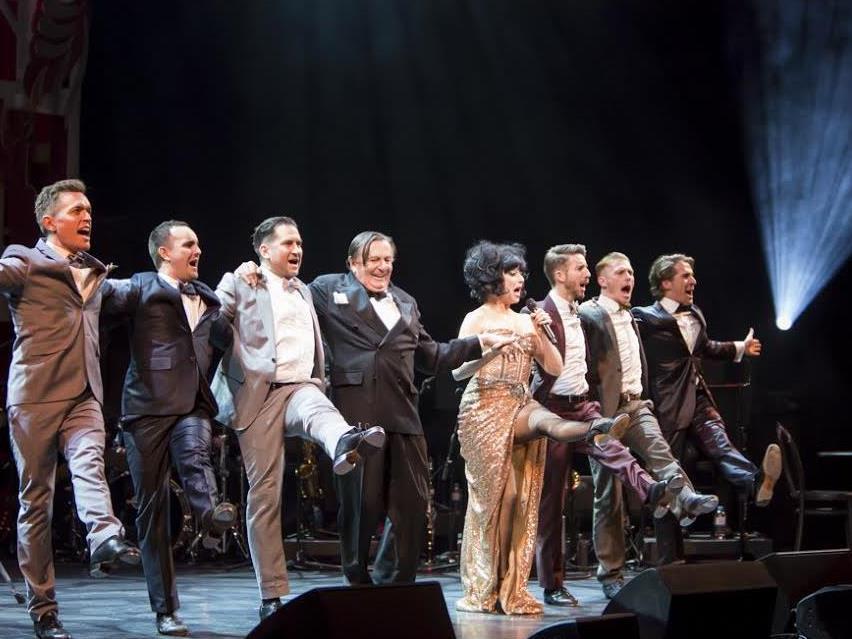 When Barry Humphries was announced as artistic director for the 2015 Adelaide Cabaret Festival expectations for an unforgettable festival were high. The star-packed, entertainment-filled opening night Variety Gala Performance suggests that this festival will be a major success. When the show began Barry Humphries appeared from behind a charming upstage red-curtained ‘stage’ and received rapturous applause and genuine warmth from the audience. Humphries welcomed the audience, introduced host Meow Meow, and enthused about the 17 world-class cabaret productions featuring artists from Australia and overseas that would be represented at the gala.

Meow Meow excelled as the Gala’s host. Whether crawling onto the stage on all fours, belting out a Weimar classic, terrorizing an audience participant or introducing the next performer, she had the audience enthralled with her unique and irresistible combination of wit, sensuality and, paradoxically, haphazard perfectionism.

One of the highlights of the evening came with performances from the Festival commissioned production Peter and Jack, a tribute to Australian composer Jack O’Hagan and baritone Peter Dawson. The performances of O’Hagan’s popular songs by a cappella foursome The Idea of North, world-renowned baritone Teddy Tahu Rhodes and soprano Gretel Bradman were outstanding. Michael Griffiths added further class and sophistication to the evening as he channelled Cole Porter during a sparkling preview of his new sold-out show Cole. His performance of ‘You’re the Top’ exuded ineffable charm and included witty local references, much to the audience’s delight.

The climax of the show featured a musical tribute from Australia’s own housewife megastar Dame Edna Everage, resplendently dressed in a dazzling blue frock. The show ran well over time but it seemed that even those who had tickets to impending shows didn’t want the experience to end; especially after they were told that those shows would be held for their arrival.

Vanessa Scammell’s musical direction was excellent, as usual, as was the accompaniment from a scaled-back Adelaide Art Orchestra. ​