Why we need to cancel Opera Australia’s national status

Opera Australia is not really a national company. It should become the State Opera of NSW and support should be spread equitably among all of the state opera companies.
Richard Letts 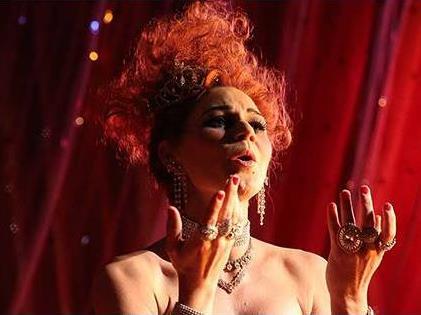 The median age of attendees at orchestral concerts in the US and classical music concerts in France increased from around 37 years in 1981 to 60 in 2012-13. (There are no age statistics for opera.)

The decline is severe, long term and potentially disastrous. Why is this?

The basic reason is that for all its magnificence as an art form, opera is no longer seen as an art of our time. The operas presented by Opera Australia especially were mostly written in the 18th and 19th centuries.

It’s not our world and young people, especially, are apparently not interested.

We do not watch movies or television productions only of plays written before the 20th century. We read books by living authors, many of them Australian. We watch ballet from the 19th century but also of the 21st  century, and we watch modern dance created this year. Most of the music most people listen to was written this decade and delivered electronically.

The current National Opera Review reports that Opera Australia has fought to attract new audiences with strong programming of the most popular operas. But not many new audience members bought tickets for main-stage opera and long term subscribers, bored by the same old operas, left.

Here is the Music Trust’s vision for what should happen.

1.      Regard opera’s situation as a slow-moving crisis and give top priority to fighting it. Shift opera funding into a national strategy to update the art form, strengthen the companies and seek a new audience.

2.      Revitalise the art form by bringing it into our time. To the traditional heritage program, add operas of our time and of quality and integrity that are capable of attracting a large audience. Operas can be chosen that have already been successful elsewhere. With them, attract a new audience for opera. Create a special fund to partly cover the risk.

3.      Create a program that will support the development and presentation of operas by Australians. Fund a program that supports a good number of composers and librettists with dramaturgical advice and workshop performances of small-scale operas before going into production. Recognise that success in creating operas is more likely to follow on multiple attempts. Verdi wrote 14 operas that we never hear before he wrote Rigoletto.

4.      Terminate the national status of Opera Australia. It has never had the envisaged national role of performing for the entire country because it is not financially feasible. OA would no longer tour to Victoria. It would become the state opera for NSW. Opera Australia would still be a fine company – and still the largest in Australia, playing from the most famous venue.

5.      Develop state opera companies of greater equality and strength, each with its own identity. Distribute the Commonwealth opera budget proportionately to the populations of the capital cities served by the companies, including Melbourne. Encourage each company to develop distinctive programs, become a part of a national opera scene.

6.      Commonwealth and state funding should match 50/50. The Commonwealth should not provide more than the state government.

7.      A state should have the option to structure its opera sector as it wishes: by supporting a major opera company or, for instance, by maintaining a number of small companies each with a distinctive role to play in bringing opera into our time.

8.      Consider the role of and support to smaller companies.

9.      Structure commercial activities so that they do not divert energies from the main task. Popular music theatre activities, if any, should be set up under independent companies that pass on their profits to the parent opera company, protect it from losses.

10.     Create or authorise an entity to oversee a national opera strategy, probably as part of the Australia Council.

These recommendations are achievable through a redistribution of Commonwealth opera funding and an increase in funding from the state of NSW.

The NSW government has benefited enormously from the current funding arrangement in which it provides only 20% of the funding to Opera Australia, with the Commonwealth providing 80%. This split was based on the conceit that the national company provides a national service where in fact, the service is mostly to the citizens of NSW and tourists to the Sydney Opera House. The Commonwealth provides only 20% of the funding in other states except SA (50%).

Opera could receive increased funding but should not receive a larger share of the total arts funding.

A small increase in funding is desirable to assist, for instance, in the program in support of the creation of Australian operas.

A “National Opera Review” is in the last phase of its work. It was initiated by former Arts Minister George Brandis. As he conceived it, this is not really a national review. It is focused only on the four companies funded by the Commonwealth and therefore more or less excludes the Victorian Opera and all the smaller companies. However, there is a Term of Reference allowing wider investigation.

The Review must take advantage of that Term of Reference.

In the present circumstances, we need a truly national review to look at all of opera. The evidence in the Review’s discussion paper strongly suggests that the problems will not be solved by improving the management of the present approach.

We should look to the Review to recommend ways for opera to reassert a vigorous place in contemporary Australian culture – and avert a possible early extinction event. Do not let this opportunity be lost.

The arguments in support of the above recommendations can be found here.

Richard Letts is the Director of The Music Trust, founder of Music Australia and past President of the International Music Council.