Why the innovation agenda needs the arts

The arts happen to be very good at exactly the skills the Government has highlighted in its Innovation Statement.
Rupert Myer
[This is archived content and may not display in the originally intended format.] 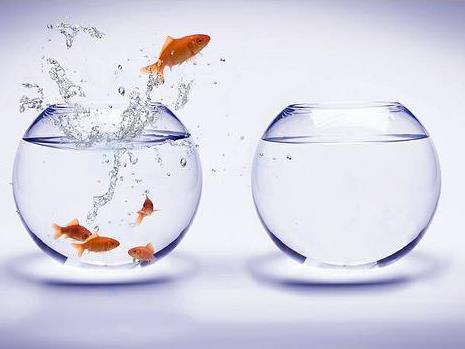 At the time of the Innovation Agenda launch, some members of the arts community expressed some dismay at such a detailed agenda for innovation being promoted without reference to the arts. There was some relief when, in February the Federal Arts Minister, the Hon Mitch Fifield responded by assuring the sector that he sees the arts as very much part of the innovation agenda and that the Agenda in its current form is “the first word, not the last word, on innovation”.

This sentiment has a theme that reverberates in other parts of the world. Recently, Canada’s Liberal government announced that it would invest nearly $1.9 billion ($1.4B USD) over a five-year period in various cultural industries.  The 2016 Budget reads:

Our cultural industries represent a key sector of our economy and the intersection of art, science and technology offers infinite opportunities to innovate and problem solve.  Investing in the Canadian cultural sector helps to create jobs, strengthens the economy and ensures that the unique Canadian perspective is shared with the world.”

Read: O Canada, how can we be like you

The Australian Government’s Innovation Agenda aims to “drive smart ideas that create business growth, local jobs and global success” with increasing value being placed on the “development of ideas, collaborative thinking, and innovative solutions to complex problems”.  These are core skills honed and refined in pursuing arts subjects, as well as science subjects. Here we find the intersection of science and the arts, with innovation.

The Agenda is framed around four key pillars:  capital and culture, collaboration, Government as an exemplar and talent and skills.  More simply put, that is backing our entrepreneurs, working together, leading by example, and developing talent.

The arts happen to be very good at the development and expansion of those skills for a broader application.

The Australia Council has a history and tradition of investing in social entrepreneurs through a range of funding arrangements over many decades. One of the most important and sustained of those in which we invest is the Synapse program, undertaken as a partnership with the Australian Network of Arts and Technology based here in Adelaide. Synapse includes a residency program in which artists are placed in science organisations and collaborate with scientists for a period of time. For the past 14 years, the partnership has been a catalyst for experimentation across art, science and technology. The program is unique in offering intense periods of research and creative exchange between professionals that can lead to the transformation of practice within both the arts and science.

Arts practitioners are also great collaborators. As many art forms, particularly the performing arts, are primarily group experiences, the arts become a prime tool for understanding and building skills in collaboration as a generic skill applicable across any number of disciplines.  Some of the most groundbreaking artistic work has resulted when artists with knowledge and experience from distant genres and unrelated forms collide and spark new ideas.

Looking at the third pillar of the Agenda, namely Governments leading by example, the value of immersion of the arts across diverse portfolios of government has been proven many times over in areas of Health, Education, Communications, Defence and the Environment. The arts and culture have a powerful halo effect on political exchange projecting a country’s values and beliefs.  It is hardly surprising that emphasis is being placed more often on culture first, business second.

There is justified concern in the secondary and tertiary education sectors that, without strong STEM skills, young Australians will not be well equipped to create and utilise digital technologies, or to work across industries throughout what will inevitably be diverse careers. Women are significantly under-represented in STEM courses in schools and universities, and in the careers for which these skills are essential.

Broad advocacy has now developed to transform the STEM subjects with the inclusion of an A for arts. This advocacy is based on the view that, on their own, the isolation of STEM subjects from the arts leaves them incomplete rendering the society in which this occurs vulnerable to unbalanced and unsustainable progress.

The focus of that transformation ought to be from STEM, not to STEAM, which is so 19th Century, but to TEAMS, with the arts at the centre of the conversation between technology and engineering, maths and science and the acronym a constant reminder of the benefits of cross-discipline collaboration and cooperation.

As both an evolving and ancient concept, TEAMS has a range of interpretations, though its key aim is to highlight the closeness of the disciplines through the common element of creativity.  In the educational context at primary, secondary and tertiary levels, TEAMS would involve the development of inter-disciplinary curricula that foster cognitive, social and emotional abilities in young people.

The philosopher Martin Buber wrote in his “Paths in Utopia,” that a good and great idea will rise again when idea and fate meet in a creative hour.  The spirit of the age demands that it does.  However, beyond core beliefs, policy makers demand an evidence base that confirms the value of public investment in the arts. The measurement of cultural value requires a sophisticated language and a framework that sits both alongside and apart from its instrumentalist benefits and economic contribution alone.  Some of that important work is being undertaken in an ARC funded project, Laboratory Adelaide: The Value of Culture, led by Julian Meyrick.

The role of the Australia Council is to foster and pursue cultural ambition across the nation. Our vision for the arts has been developed through sustained dialogue with artists and all those who present, produce and support the arts. In that context, we have framed our Strategic Plan and shaped our priorities around pursuing our vision for Australia as a culturally ambitious nation.

The Australia Council is a funding body. Yet distributing Commonwealth funding is by no means the only thing we do.  We approach our role more broadly as a key advocate for, and investor in, our country’s artistic and cultural future. Part of our own innovation agenda includes supporting arts organisations to respond to the dynamic economic and cultural environment by creating new business models. We are just one of many partners involved in the development of the arts sector and in that context we actively work with other parts and levels of government, as well as seeking to attract new investors and partners.

Innovation arises from critical thinking.  It advances and facilitates change. It is transformative, transcends disciplinary boundaries, changes established patterns and can stimulate human behaviour and response in unanticipated and unpredictable ways.

Innovation is not the domain of any one discipline but is driven from the successful interaction of many disciplines and diverse ways of thinking. If we are to really capitalise as a nation on the “ideas boom”, we need to deepen and widen our concept of innovation to seek convergence between scientific, technological, artistic and societal imperatives in pursuit of an innovation ecology that will continue to shape both our future prosperity and our identity in a challenging and dynamic world.

Whatever our endeavours, be they technological, engineering, maths or the sciences, placing arts at the centre of our innovative hubs, will garner greater innovation and lead to wealth beyond simple monetary wealth but cultural, societal and spiritual. If you want to lead the world in innovation, hire an artist and let them inspire your TEAMS.

This article is an excerpt from a speech delivered to the Committee for Economic Development of Australia.

Rupert Myer is Chairman of the Australia Council for the Arts.