Why funding the arts matters

As communities around the globe face the challenges spread by COVID-19, Creative Partnerships Australia is encouraging the broader Australian community to reflect on the contribution of the arts sector during times of crisis.
Fiona Menzies 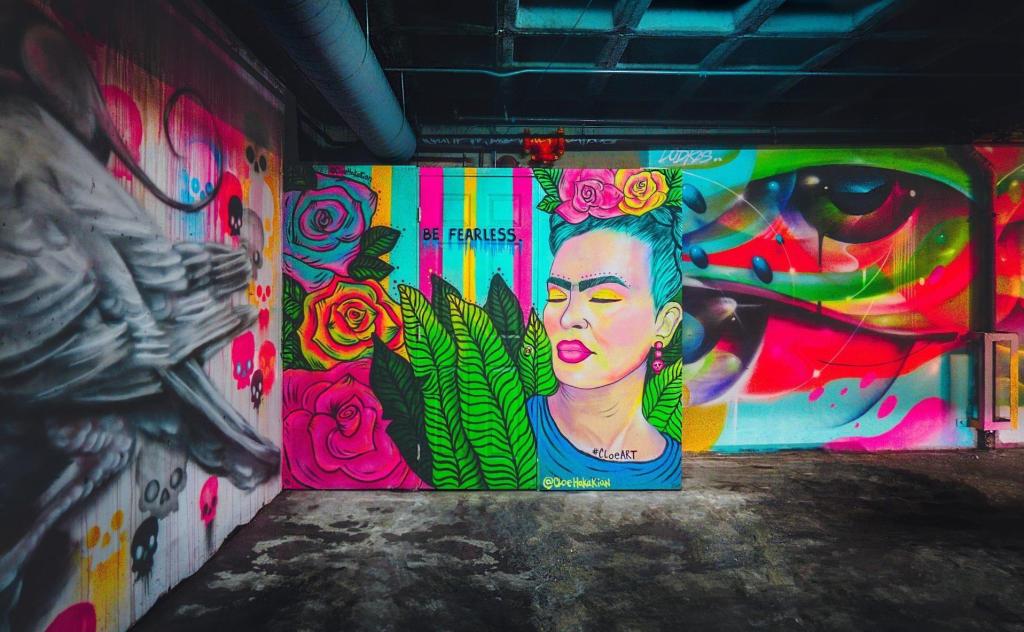 Photo by Joshua Coleman on Unsplash.

Working at the nexus of the arts and the philanthropic sector, I sometimes see signs that not everybody feels that the arts and culture are worthy of philanthropic support, compared to other causes. Sometimes this is just a sense that I get, but at other times people are openly critical, even hostile, about the arts receiving philanthropic funds.

Similarly, the Australia Council’s most recent research on community attitudes showed a decline in the percentage of Australians who believe that governments should fund the arts.

For those of us working in the arts, this is confronting. We know instinctively that the arts have a significant impact on both individuals and the community at large, but this sense of that view not being shared by all makes me wonder whether the arts as a sector has been ineffective at articulating its value and impact.

Reflecting on these attitudes, they seem to be inconsistent with the enjoyment of the arts that I saw all around me, everywhere I went, every day, before we went into lockdown: commuters reading books or listening to music; tourists seeking out street art in Melbourne’s laneways; discussions around the water cooler about music concerts, movies and TV shows people had seen over the weekend; colleagues or friends talking about their children’s music lessons, school plays and ballet lessons; the retirees I see in droves attend Morning Melodies at Arts Centre Melbourne each week; the school children lining up to see exhibitions at the NGV; even my nephew’s post on Instagram of his footy team chanting their team song after a win on the field. All these things are ‘the arts’ and people are participating in them both consciously and inadvertently.

Art has an image problem

There are certainly many who do see the value of supporting the arts, borne out by the research of John McLeod that shows that the arts were the third largest recipient of major gifts, after education and medical research; and the success of initiatives like Shark Island’s Good Pitch events that raised millions in recent years to support the production and promotion of documentary films on a range of issues affecting our community.

Nevertheless, the arts clearly have an image problem. I discussed this with colleagues from some of our national cultural institutions. Do we need to get a brand consultant in, we wondered? A couple of us had a go at articulating the value of the arts and this is a version of what we came up with.

Arts and culture are integral to the lives of all Australians and are an asset to our nation. Participation in the arts has been shown to lead to increased academic achievement; it helps young people develop attributes and skills such as practice and perseverance, team-work and creative problem-solving that they’ll use in their personal and professional lives throughout their lifetimes. These are all qualities and skills that are required to meet the challenges of our increasingly complex and changing world.

The arts are inclusive and help create and maintain social cohesion, even as they explore some of the more complex aspects of the human condition. By examining the challenges our society and communities face from different perspectives, the arts contribute to social change. Individually and collectively, artists can lead change for the common good.

Individually and collectively, artists can lead change for the common good.

And arts, culture and the creative industries make a significant contribution to our economy, both nationally and to local communities. Arts and culture help to underpin our national affluence in the 21st century. Each year, arts and cultural activities are worth more than $110 billion to our nation and stimulate Australia’s knowledge development and creative economy. Our artists, creative professionals and cultural institutions are helping make the Asia-Pacific the most valuable region on Earth for creative enterprise. At a local level, the arts are driving tourism in many of our regional communities, leading to a significant economic as well as social impact on those communities.

Other nations are looking to develop arts and cultural enterprise to serve their social, economic and political interests in the future. Australia’s fortune is that it has a mature arts and cultural economy that already punches far above its weight. Our artists are known for the high quality of their work and recognised around the world. Our companies excel in their practice and are sought for their boldness and vision. Our institutions underwrite artistic endeavour and are essential sources for research and creativity, with a reputation for excellence and a ‘can-do’ attitude.

The arts are a source of personal and collective well-being and enshrine the values and principles that demonstrate all we hold dear in our society. The arts provide a forum in which to ask difficult questions; and explain who we are and what matters to us. Surely that’s worth funding.

Artists and arts organisations are often at the forefront of efforts to raise funds for and rebuild communities following natural disasters, such as the bushfires that ravaged much of our country in the early part of this year. And as many of us face the need to be quarantined to slow the spread of COVID-19 over the coming weeks and months, the arts will be what keep us sane during periods of isolation.

Artists and arts organisations are again playing their role in connecting with people in their homes: some of the world’s best-known musicians are streaming mini-concerts from their living rooms (#TogetherAtHome) while Australian artists are doing something similar (such as the Melbourne Digital Concert Hall initiative). Larger organisations such as the Melbourne Symphony Orchestra are livestreaming concerts, independent bookstores are offering free delivery of books, and streaming services are bringing forward the release of films that would otherwise have a cinema-only release first.

Given this generosity, we hope that the broader community can support our arts community, which is being significantly affected by government requirements to not hold mass gatherings and the subsequent closure of most sources of income for artists and their support crews.

Arts organisations are asking patrons to consider converting unused tickets into donations, rather than seeking refunds or tickets for future performances, which is a simple way to keep organisations afloat while they commit to ensuring funds continue to flow to the artists whose works have been cancelled. One further way to provide support is to continue donating to arts organisations and to individual artists through the Australian Cultural Fund.

Artists and arts workers are banding together to support each other, and we would love you to join us in supporting them; to get us through this global crisis and out the other side with a sector that can continue to contribute to communities around Australia.

This is an edited and expanded version of an article which originally appeared in Philanthropy Weekly.

Fiona Menzies commenced as the inaugural CEO of Creative Partnerships Australia in February 2013.  Immediately prior to that, Fiona was the Development Manager at the Wheeler Centre for Books, Writing and Ideas, where she was part of the team that established the Wheeler Centre as Melbourne’s newest cultural institution in 2009. Fiona then took a sidestep into politics where she worked as Adviser then Chief of Staff to two Commonwealth Government Arts Ministers.  During that time, Fiona worked across the arts, cultural heritage and film portfolio, but also continued her interest in giving by playing a key role in the introduction of new measures in the taxation system to increase private sector support for the arts. Fiona is a trustee of the Gordon Darling Foundation and is on the board of the St Catherine’s School Foundation in Melbourne.  Fiona previously served on the board of the Dame Nellie Melba Opera Trust.