To vaccinate a nation of anxious people, how do you achieve a complex project management challenge while looking after everyone’s wellbeing? By looking for us at the places we already know and love.
Esther Anatolitis 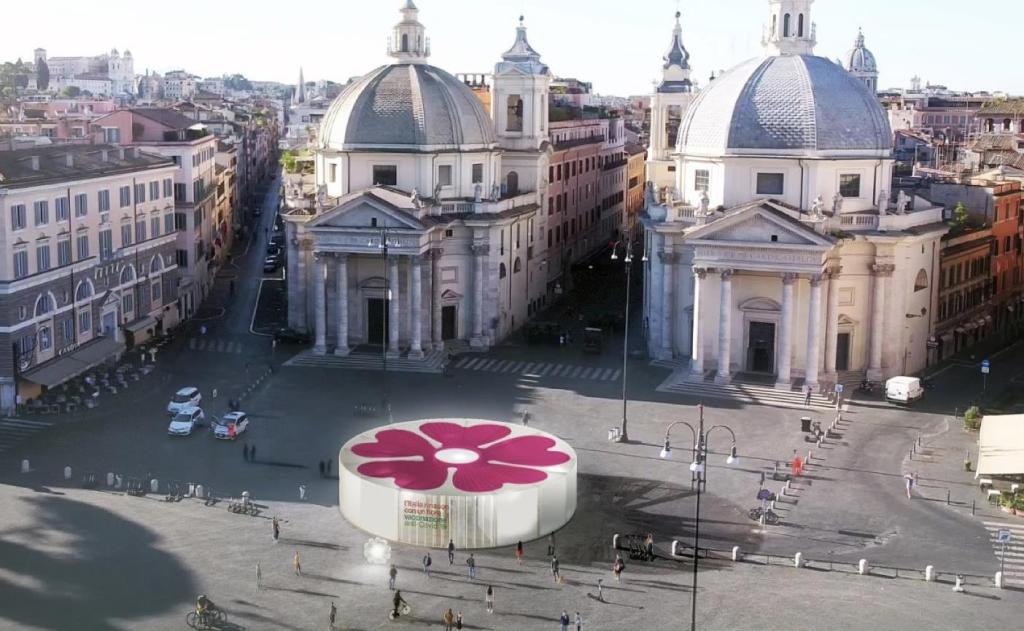 In Italy, the directors of Italy’s Museo di Capodimonte, Castello di Rivoli and others have been faced with an unexpected challenge: reorienting access via the back door. Why? Because the front door is welcoming queues of people who are there to get vaccinated.

Museums and galleries in other parts of the world have also opened their doors, including London’s Science Museum and New York’s American Museum of Natural History. At a repurposed stadium in Frederikshavn, Denmark, the Aalborg Symphony Orchestra performs for people awaiting vaccination.

Unsurprisingly, the Italians were already leaders in this space. A design team led by architect Stefano Boeri was commissioned by the Italian Government to create an instantly recognisable symbol that communicates ‘serenity and regeneration. Getting vaccinated will be an act of civic responsibility, love for others, and the rediscovery of life.’

The role of art and design in fostering community cohesion and confidence is less well understood in the Australian context, where the Federal Government is one of the few in the world not to roll out a public campaign. Messaging is mixed at best, counter-productive at worst. Experts have called on the Federal Government to enlist high-profile artists and designers to create a compelling national campaign.

We’ve seen time and again the generous ways that Australia’s artists mobilise to unite communities and raise funds after devastating bushfires and other disasters. There’s no shortage of experts who’d be happy to be commissioned – starting with the civic-minded creators of those instant classics Get the Jab and Get on the Beers!

In the absence of Federal Government campaigns artists have filled the gap with playful digs at politicians. Video ABC TV.

Meanwhile, in Victoria we’re once again in lockdown, taking yet another one for Team Australia to help ensure that the latest outbreak remains contained. The cancellation of RISING following its 2020 postponement is heartbreaking: the team had done all the right things, programming with an emphasis on immersive, physically-distanced experiences, and aligning the festival’s opening with that rare occurrence, the super blood moon, to bring us all together no matter where we were.

At the glorious opening night, after experiencing Deborah Cheetham’s The Rivers Sing, and then Lucy Guerin Inc and Matthias Schack-Arnott’s Pendulum, I spent an hour gazing up at the night sky on the way to the Wilds, watching the moon turn deep red, feeling that strong connection to one another.

To inspire Australians’ confidence in vaccination, governments need to look where our cultural practices already take us. This means creating compelling campaigns, presented in a language and tone that people warm to, and delivering vaccinations where communities already gather.

Of course, we also need a nationally responsible approach to insuring arts events against pandemic losses, such as the model advocated by Live Performance Australia, or the fund already available to the film industry. In the absence of a national approach to vaccination and quarantine, this is urgently needed; given Victoria’s outbreak originated from a hotel quarantine breach in Adelaide, it’s clear that this could still happen anywhere.

All over the world, COVID-19 is forcing the most debilitating cultural disruptions of our lifetimes – but arts and culture continue to evolve. A stop-start approach to artists’ careers and audiences’ experience is untenable; we need to protect and celebrate the practitioners whose courage creates our future.