Performing Arts Markets and their Conundrums

Veteran arts marketeer Justin Macdonnell gives us an uncompromising look at the refashioned Australian Performing Arts Market debuting this month, and asks whether it is the right way forward.
Justin Macdonnell 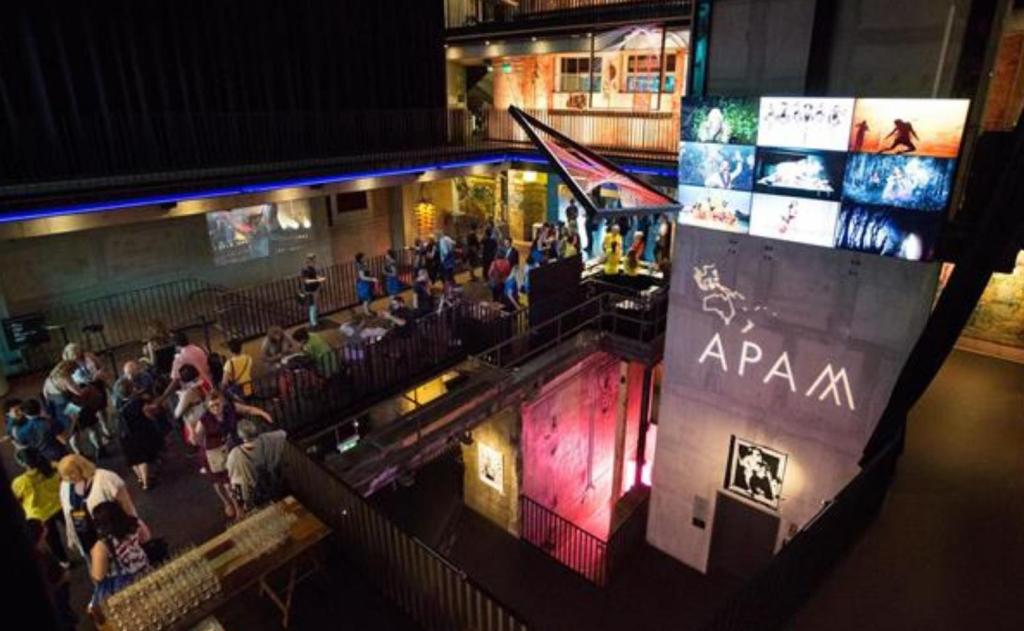 The performing arts market has come to occupy a central place in the cycle of transactions in live theatre, music and dance around the world.

Once, the idea of the arts participating in what are undeniably trade fairs, complete with product booths, giveaways and funny hats, would have been anathema. Gradually, they have become the norm for almost any company or even individual artist wanting to secure a place on the international scene.

I came across the activity in the mid-1980s when Australian artists started to be aware of more strategic approaches to taking their work abroad than leaving it merely to chance. …The Australia Council for the Arts was largely uninterested in performing arts export. … A few of us discovered the North American markets and started to turn up as a little band of Aussies. We booked stands, stuck together, promoted each other’s wares, watched each other’s backs, made our presence felt, met some presenters and sold some shows.

After a while, the Australia Council took notice and started to give us a few bob to help rent the space, cover our registrations and pay hotel nights. Sometimes the local Consul-General would throw a drinks party.

The Performing Arts Board, as it then was, coughed up some funds. The Canberra Theatre Centre gave the space and in 1994 we were off and running. That was the Australian Performing Arts Market (APAM). About twenty international delegates came that first year. We felt we had really broken through.

Of course, there are many kinds of markets and companion events which, while they are not designated markets as such, function effectively as sites where productions are seen and traded. The more formal version ranges from the huge and grotesque such as New York’s Association of Performing Arts Presenters (APAP)1 to the less daunting of their ilk – like Conference Internationale des Arts de la Scène (CINARS) in Canada, or the Australian Performing Arts Market (APAM) here.

The phenomenon arose in the US where they are called for what they are: ‘booking conferences’, and while today most include other activities, they are still essentially about producers securing dates for a tour. Delegates attend as an investment in that possibility.

From the US the concept, now over sixty years old, spread around the globe. There are markets in Asia, North and South America, Africa and the Pacific.

Yet we must ask: has the arts market outlived its usefulness? Have new digital platforms made touring partly redundant?

Every day the world becomes more crowded with arts product on offer.

Is the rapid, borderless exchange of artists and their practice, and the worldwide experience of co-productions, residencies and other collaboration, making the idea of moving whole shows around unnecessary?

Everywhere, these markets are searching for means to adapt to external change as well as to find new ways to be distinctive. APAM is seeking to reinvent itself from an intensive, biennial, four-day conference to an elongated ‘process’ with intrusions into a range of pre-existing events around the country.

Traditional markets may no longer have the capacity to deliver as in the past. New markets may offer – or seem to offer – new prospects. A basket of strategies, including the vital component of personal relations, on-ground knowledge and on-site representation will have to be part of the mix, whatever new models emerge.

What are performing arts markets, and why do we need them?

The bottom line of performing arts markets is touring. It can be dressed up in many ways, but if artists and companies did not feel compelled to move their product around the country or the world, there would be no need for them.

It also comes down to motivation. Almost no one makes money by overseas touring. Break-even is the best we can hope for and that is usually achieved by some form of subsidy. Nonetheless, being able to demonstrate earned income from abroad can be psychologically significant and important as an argument to funding agencies.

However, money is not the only aim. Extending the life of a work in ways which cannot be sustained in a small domestic market has both artistic and organisational benefits. Putting work in front of a culturally or socially different audience and seeking their response is also vital for many artists.

One can also never entirely discount sheer vanity. Who doesn’t want to say they had a standing ovation in New York? So the measurements may be varied and complex.

I refer to the manner in which, in this country, government arts agencies have maintained a stranglehold on the market mode in ways that have been utterly unhelpful. APAM is again the prime example. For many years it was titled ‘the Australia Council’s Arts Market’ and it took quite some effort to prise their fingers off the brand. Below the line, they are still there.

Until its last real outing in Brisbane, those who entered the ever-diminishing exhibition room were greeted by stand after stand of State arts agencies nesting the chicks of their local companies.

By 2010 in Adelaide eleven stands were occupied by local or overseas government agencies and only nine by independent producers. It was a bad and misleading look and did nothing to help promote the individual qualities of the companies so lodged in their respective government bosoms.

So, where does this leave us?  I am inclined to believe that the more or less conventionally designed performing arts market still has a role to play in the way in which we seek to trade the performing arts nationally and internationally.

It may be argued that the transactional dimension of the market/meeting/exchange is a thing of the past and that the networking, by whatever term, is or should be what it is really all about.

However, there are impediments to continuing on the same path. Every day the world becomes more crowded with arts product on offer. Presenters are overwhelmed. No one, anywhere, has found more effective means to deal with this oversupply. It is likely that, for the foreseeable future, the face-to-face encounter will continue to be the best way.

Equally, while much of the market mechanism is now driven by digital representation and sales material, the performing arts world has hardly scratched the surface of the possibilities of VR and AR as ways for producers to bring their product to the attention of presenters.

Whatever the new APAM model brings, it must give more attention to that dimension or we shall truly be left behind.

In other industries digital highways are being utilised to develop conversation in advance of a market event so as to help shape it. Small coteries either in quasi-state agencies or appointed by them, still function as the overly influential gatekeepers to showcasing content, who get to pitch what and how encounters are framed.

We have the tools to involve as many of the potential delegates as we might wish, so that before and during and after there could be real and advanced judgement, real input and real outcomes – and, dare I say it, real democracy.

Despite the reforms, APAM is still somebody else’s market. It is not and never has been the practitioners’ market. That too must change.

Every arts market in the world endeavours to track response. How many of those who have been funded by their employer to attend, especially if that happens to be a local government authority, are going to say: ‘No, it was a complete waste of time’ and ‘I would never go again!’ That is not how the world turns.

Certainly, if we consider the over 600 delegates, overwhelmingly from Australia and New Zealand, who attend APAM every two years, togetherness is a large driver. One of the dangers posed by the new APAM model in subdividing itself over a number of the pre-existing festival-type activities, is that it will lose that critical mass.

As it is, holding a number of events in one year as opposed to one large gathering every two years, is already likely to present problems of over-frequency and therefore reduced, proportionate attendance.

The focus at AsiaTOPA on Australian/Asian work, on the one hand, and on First Nations work at the Darwin Festival on the other, runs the risk of reducing the range of interest among international delegates or even national delegates whose obligation is to present in their venues a wide spectrum.

The cost and time factor of coming to Australia every two years was already a major obstacle for many, even when it was still a market that laid out a smorgasbord of productions. It seems likely that the subdivision proposed in the new model might severely dilute this offering. Only time will tell.

The direction APAM is taking also adds to, and may well exacerbate, the competition that has already occurred through the creation of the biennial Dance Massive in Melbourne and to some extent the annual Live Works in Sydney. Not to mention the many Fringes.

Each has attracted international attention but in specialised ways. If that fracturing continues, I wonder how any critical mass will be sustained. Accordingly, I fear the decision to dissipate the big picture in favour of many smaller ones will prove a mistake. I hope I am wrong.

While the dismantling of the old APAM scheme has been taking place, as we have seen the annual PAX market and its umbrella organisation PAC grow. As a market PAX still lacks an international dimension and some degree of sophistication, though both seem to be increasing.

In late 2019 they announced that the two would merge into APAX – the Australian Performing Arts Exchange, stating that: ‘98 per cent of people coming to PAX and the conferences this year said that “Market and audience development are a critical part of the performing arts sector”.’

They may in time challenge APAM for its place as the major performing arts gathering for the nation and New Zealand. Again, only time will tell.

In closing, I return to the theme implied in this essay: people do business with those they know and the better they know them the more likely it is that they will do business over and again.

Regular opportunities for meeting and talking and learning are a central factor in maintaining such relationships—call them friendships if you will—and to the extent that such meeting and talking can be structured, goodwill and trust is gained and grown over time and when all is said and done, no amount of technology or wizardry of other kinds has yet found a better way.

This is an extract from the new Platform Paper, Performing Arts Markets and their Conundrums, available this month from Currency House.