On the future of touring

The show can’t always go on, but it can shift, pivot and be reimagined.
Chris Bendall 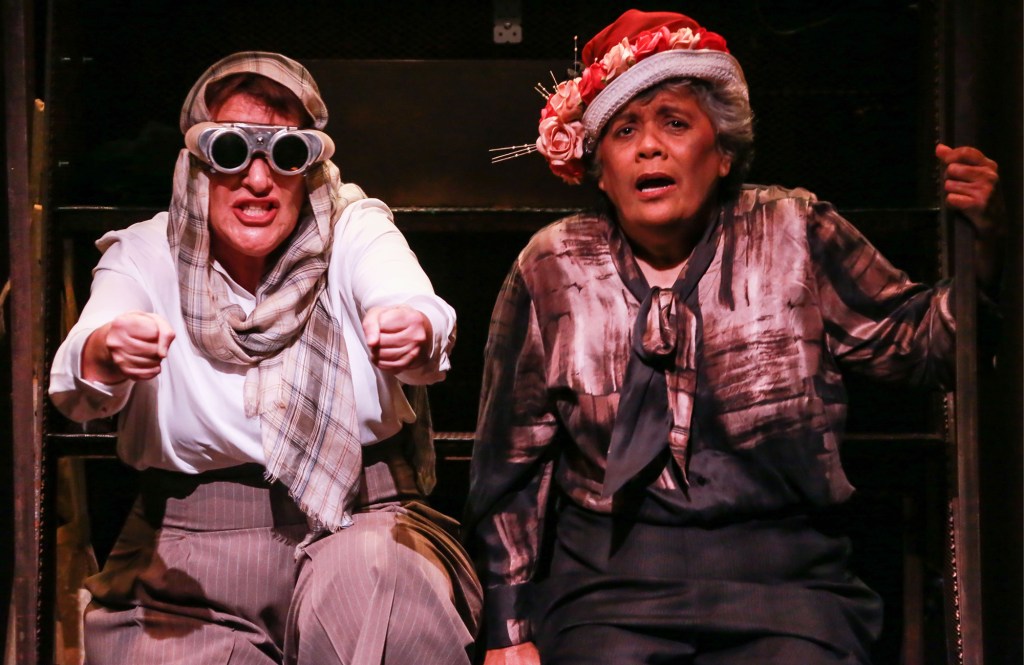 One mark of success for a production always used to be someone coming up to you a few nights after the premiere and saying, ‘so I hear there’s talk of a tour’. But what will a tour even look like in the future? After a period where once again so much performance around the country has been put on hold, and the very concept of touring almost seems impossible to fathom, can we ever think about performing arts touring the same way again?

In 2021 Critical Stages Touring had programmed a very busy year, with nine productions visiting every state and territory. And the year started relatively well, all things considered. Several short snap lockdowns got in the way of rehearsals, and meant a few lost shows, but in all we managed about 60 performances of five productions in 20 locations. We made it to four states and two territories. And then everything started to unravel.

Over the past two months, we have had to defer or cancel performances on a near-daily basis. In addition to the considerable additional expense, there’s the uncertainty and anxiety as borders closed mid-flight, lockdowns that occurred while touring parties were finishing bump-ins just hours before showtime, and travel plans that had to be re-routed for artists to get to emergency flights home to avoid being locked out of their own states or forced into 14 days quarantine on arrival

We’re getting close to 30 cancelled shows in 20 locations to date – mostly regional. And they won’t be the last. Every one of them is heartbreaking. For the performers, the presenting theatre, and the audiences who were due to attend.

The impact of this cannot be underestimated. In addition to the scores of artists and arts workers who were contracted on these productions, there is the significant economic stimulus and indirect employment lost in venues and communities everywhere. Plus, and very importantly, these events provide vital access to live performance and education opportunities in regional and remote Australia.

Recently we had to wrap our tour of Rovers from Brisbane’s Belloo Creative. This tour was deferred from 2020 and was years in the making. The team travelled to Darwin where they performed two shows before Darwin went into lockdown, preventing the touring party from heading to Katherine. We managed to get them on the first flight back home, narrowly avoiding being locked out of Queensland.

Next, they were due to head to Townsville – which went into a snap three-day lockdown. They performed in Bundaberg and Redlands (where we filmed the show), headed to Geelong, bumped in the show and were ready to perform – only for Victoria to go into a snap lockdown. Thankfully, they were able to perform that night but had to fly out first thing the next morning.  And that was it. The remaining performances in regional Victoria and NSW were cancelled – and digital alternatives gratefully accepted by patrons.

So, what lies ahead for touring?

Let’s be clear, we aren’t returning to how things were. In these days, we now know all too well that the show can’t always go on.

Confidence is down, appetite for risk is low, venues are losing their programming budgets, and performing arts companies are struggling just to present a first season of works, let alone tour.

As long as border restrictions and lockdowns are with us, we have another year of uncertainty ahead. We will also likely have the added complication of needing multiple casts, including standby casts and crew, should any members of touring parties need to isolate or even fall ill. For a small theatre company, understudies have never previously been a practical option.

On the positive side, many companies (us included) have used their time away from the stage wisely and bunkered down developing new work. So, there is hope that we will see a rush of exciting new productions premiering on our stages over the coming years and ultimately touring.

And we can’t underestimate the value of learning just how much we need live entertainment in our collective cultural experience. This year has certainly made us grateful for every single live performance, and every single connection between performer and audience. It really is a most rare and precious moment of magic.

Greener touring is going to become essential as we all become increasingly aware of the fragility of our environment, and our precarious relationship with our planet. Touring is typically an emissions-intensive activity, especially where it involves short stays, multiple flights and heavy freight. So, a lot of rethinking is necessary to develop less-intensive ways to travel while still ensuring audiences around this huge country remain connected to artistic exchange.

I also believe we will see accessibility become ever more crucial in performing arts experiences. The past year has meant that many people have engaged in live performance as they have never been able to before, with many (although not all) accessibility issues addressed by our ‘pivot’ to digital and online experiences. It is now a crucial test for our industry to keep connected to these audiences, and to make offerings they can engage with, not just through the occasional closed caption, but by truly incorporating accessibility into our productions through Auslan interpretation, audio descriptions, tactile tours, relaxed performances and much more.

In both instances, greener touring and accessibility, we as an industry must continue to challenge what is accepted as the norm by doing more. A shift in presentation culture is coming, and with it a chance to engage with audiences more personally than ever before.

I also believe we will see the concept of ‘slow touring’ really take shape over the coming years. Slow touring is about staying in local communities longer, rather than the typical one-night-stand where a touring party barely gets to set foot in a community. Longer and deeper local engagement is going to be much more attractive to communities, where meaningful exchange between artist, art, and audience is possible.

Performances that are resonant to our times, that are relevant to diverse audiences, especially those in regional centres, will be vital. Live performance, and especially touring, takes many years of work. With the obstacles we now face, the experience truly has to be worthwhile – by which I don’t mean worthy. It must be a meaningful and memorable experience.

Based on current research, live performance audiences are one of the highest vaccinated groups in the country. So, although there is still nervousness and people are genuinely getting tired of booking shows that are likely to be cancelled again, perhaps once we have a version of a vaccine passport as a requirement for heading to the theatre, we will begin to see confidence return again to live performance.

But where does this leave our great digital experiment? I suspect digital will be with us to stay, but how we use it remains to be seen and it will be up to artists and arts companies to explore the possibilities. For Critical Stages Touring, digital will remain an important part of our ‘hybrid’ touring toolkit for some time, but it is also providing us with a new access opportunity to reach audiences where travel of a large production may be prohibitive.

And it provides us a wonderful opportunity to share work with schools no matter where they are. This may be especially important if reluctance for school excursions remains an obstacle, and demand is opening up a growing catalogue of Australian theatre experiences to remote schools and students.

In other areas, the pandemic has exacerbated existing inequities, and I fear that the touring market will become harder for emerging and independent artists to navigate in the future. Without organisational support to negotiate the challenges of touring during a COVID landscape (and at some point, post-COVID) will it be just too hard to consider?

In addition, with both audiences and presenters understandably looking for local, uplifting, and feel-good work to recover from the tough times we have all lived through, will new and diverse voices, especially those from First Nations and Culturally and Linguistically Diverse artists, be able to flourish? In the rush of new work that emerges, will marginalised voices be heard? And will programmers be willing to take risks on untested and new independent stories in this increasingly risk-averse environment?

REMEMBER WHY WE DO THIS

With all the challenges that the live touring sector faces, it is vital to remember the positives. The live connection we cherish when an audience gathers to hear a story for the first time; seeing incredible artists perform and create imaginary worlds before our eyes; hearing the sound of a full auditorium gasp or break into laughter together; sharing stories that help us understand the times we live in. This is why we do it. It’s our vocation. I wouldn’t be doing anything else, and I know all the artists we work with are absolutely committed to touring again. As soon as we possibly can.

But we’ll need support. Critical Stages Touring worked hard in 2020 to secure government support, to build risk mitigation and indemnity schemes, and to advocate for more so that we were covered against the inevitable hurdles this year would bring. Next year promises fresh challenges for the sector, and further support is urgently needed so that live performance touring can return.

What we need from government to support our touring future

Chris Bendall is a nationally respected and award-winning arts leader, artistic director, programmer, producer & dramaturg. He has been Director & CEO of Critical Stages Touring since 2014, connecting outstanding professional theatre and live performance with regional and metropolitan audiences across Australia and New Zealand (2014- present). He was previously Guest Curator of the 2013 National Play Festival for Playwriting Australia and Artistic Director & CEO of Deckchair Theatre (2008-2012) in Fremantle WA. He was Artistic Director of Theatre @ Risk in Melbourne (2001-2007) & Resident Director at Melbourne Theatre Company (2002-2006).