How the war was won by the arts lobby

There are important lessons to be learned from the 22-month campaign that culminated this week in the end of Catalyst and the return of funds to the Australia Council.
Deborah Stone 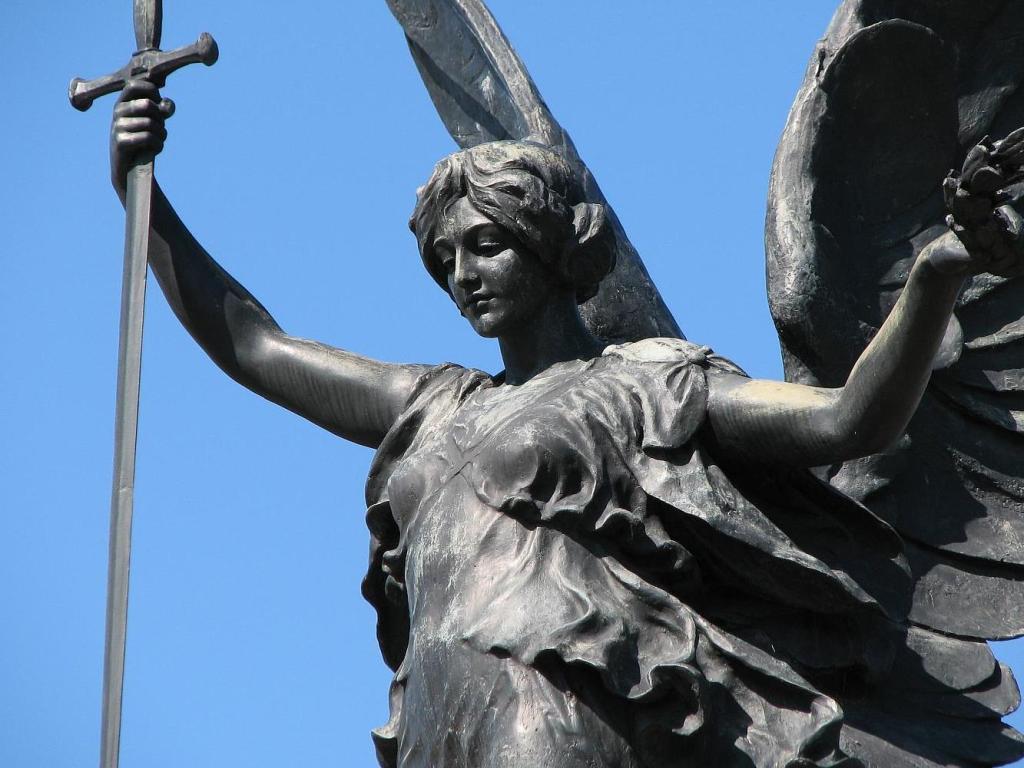 Governments rarely change their minds. The best of us finds it difficult to admit to a mistake and politicians live in an environment where a watchful media and adversarial opposition scream ‘backflip’ if they reverse a decision and ‘humiliation’ or ‘schism’ if they reverse the decision of a predecessor.

So the announcement this week that the Federal Government will dismantle Catalyst and return all arts funding to the Australia Council is a remarkable achievement.

The decision follows 22 months of lobbying, which began when former Minister for the Arts George Brandis removed $104.8 million over four years from the Australia Council in the 2015 Budget. The funds were given to the Ministry for the Arts to administer through the then-named National Program for Excellence in the Arts (NPEA), later renamed Catalyst.

The war has been officially won with the demise of Catalyst but that does not mean the peace will be a complete victory. Much of this year’s allocation has already been spent and the Government has handed back the remainder with some strings attached.

Read: Catalyst aftermath: the devil is in the detail

But whatever issues remain they will be in the court of the Australia Council and it is important to understand why that matters and how it has been achieved.

The 2015 Budget decision shocked and horrified the arts sector. The protest was not primarily about money. Unlike the 2014 Budget, technically no funds were actually removed from the arts through the establishment of the NPEA (though some concerns remain about duplication of services by the Ministry and subsequent administration costs).

What was at stake was more precious than dollars: it was a matter of ideology. The sector went to war over the key principles of arm’s-length decision-making, peer review, consultation and, running beneath all these, the question of cultural privilege and who gets to decide what makes valuable and important art.

The core principles behind the establishment of the Australia Council in 1967 were – and remain – its arm’s-length relationship with the government of the day and its devolution of the power of decision-making to arts peers, who are charged to make independent artistic judgements. The NPEA took that independence away from funding decisions, positioning funding in the Ministry where the Minister and his bureaucrats might chose to fund – or defund – according to political sensibilities.

The withdrawal of independent decision-making seemed particular sinister in the wake of the 2014 Biennale of Sydney boycott when Senator Brandis wrote to Australia Council chairman Rupert Myer threatening defunding.

In addition to the issues of independence and peer review, the cultural war also turned on the relative importance of major companies versus smaller independent players. Brandis had a clearly stated personal preference for heritage arts that ‘cater to great audiences’ and his initial announcement stipulated that major performing arts companies must not lose their share of Australia Council funding. As a result, small to medium arts organisations, the area where independent and cutting-edge work is most likely, were the battleground.

Ultimately dozens of these organisations lost funding last May on the day that has become known in the sector as Black Friday, but most of the organisations that received Catalyst money had previously been funded by the Australia Council, so the restructure played out as pointless as well as problematic.

The first phase of protest was loud and public. Artists and their supporters took to the streets and to social media.

The grassroots #freethearts campaign held street protests and a petition garnered more than 12,000 signatures. Artists brought their talents to the campaign with a dance protest and satirical artworks. Prominent writers, actors and artists gave the campaign celebrity push.

ArtsPeak co-ordinated a formal campaign appealing to political leaders. A delegation of 60 arts leaders travelled to Canberra and met with Labor and Greens leaders. Minister Brandis refused to receive them but the delegation put the issue firmly on the political agenda as the campaign moved into its next, more political, phase.

In June 2015, Labor, Greens and Independents combined forces to pass a move for a Senate Inquiry. Over the next six months the inquiry received more than 2,000 submissions, almost every one opposing the NPEA. It held sessions around the country which provided a constant stream of data as to the importance of independent Australia Council funding and the likely damage to hundreds of small to medium arts organisations.

Initially the major performing arts companies – conscious of their own protected status, wary of upsetting the Minister, and in many cases reputedly gagged by their own Boards – had remained silent. But, as the Senate Inquiry dragged on, some spoke up, identifying the importance of small-to-medium arts organisations in the arts ecology as sources of creative risk-taking and centres of artistic excellence, on which the majors depend.

A key outcome of the extensive Senate Inquiry submissions was an increased awareness of the vitality of the small to medium sector. Artist and activist David Pledger said, ‘The Senate Inquiry showed the independents and the small to mediums are actually the engine room of artistic and cultural production in Australia. It’s not the major performing arts organisations on any indicator whether it’s influence, economic reach, economic viability, international reach, reputation – or audiences – that’s what the Senate Inquiry brought out.’

A stroke of luck

As long as George Brandis was Minister for the Arts, all this activity may have fallen on deaf ears but in September 2015 Malcolm Turnbull replaced Tony Abbot as Prime Minister and the campaign grabbed the opportunity of a front bench shake up. ArtsPeak immediately called on the new Prime Minister to replace the Minister for the Arts and a snap action was held outside Turnbull’s Wentworth office two days after he took office.

The sector’s call was heard and Senator Mitch Fifield replaced Brandis as Minister for the Arts.

The appointment of Fifield was the turning point for the campaign, although it took another 18 months for funds to be returned to the Australia Council.

Fifield immediately demonstrated a different attitude to the sector and ArtsPeak moved from an aggressive public awareness campaign to an enabling, persuasive mode of operation.

‘Our approach changed. When there was a new minister he was not tainted by the baggage of the previous minister. It was almost a fresh start,’ said Nicole Beyer, Director, Theatre Network Australia. ‘His door was open and he was really listening to our concerns. We didn’t need activism.’

But if listening was immediate, action came more gradually. In November 2015, Fifield offered a compromise.

The NPEA – a hated title because it implied excellence was only to be found in certain areas of the arts – was replaced with Catalyst and a third of its funding was returned to the Australia Council. It was a move in the right direction but it still left a significant chunk of money in the Ministry.

Beyer believes by this time, and certainly by the Federal Election campaign six months later, Fifield had come to understand that the removal of funding from the Australia Council to the Ministry had been a mistake but needed to find a political means to return the funds without forcing the government to lose face.

Perhaps this is why, when it came, this good news story was announced quietly on a Saturday morning – a time more usually reserved for announcements the Government would like to hide.

Meanwhile Catalyst had to start distributing its funds. In order to do it had to duplicate the infrastructure already existing in the Australia Council, providing an assessment process which – if not truly arm’s length – at least met the appearance of fair judgement.

When it finally did so and made the distributions there were small rumblings of pork barreling in key electorates ahead of the 2016 Federal election – particularly in the distribution of $1 million for the Heysen homestead in the Adelaide Hills, in the Liberal seat of Mayo.

More concerning was the distribution of $12 million in forward funding just hours before the government went into caretaker mode ahead of the election.

But the overwhelming outcome was that Ministry for the Arts staff found themselves tied up distributing the vast majority of grants to exactly the same organisations which in all likelihood would have received them from the Australia Council. Almost all recipients of Catalyst grants had previously received Australia Council grants.

It was this double handling that was the final nail in the coffin of a bad policy that took too long to die.

‘The fact that there wasn’t this huge swathe of people who had not been getting funded, that the Australia Council was not a closed shop, showed it had all been a huge mistake,’ said Beyer.

The remaining doubts about how much will actually go back to the Australia Council this financial year and how much of that will be siphoned off to opera following the National Opera Review means the arts sector has been a little reluctant to break out the champagne.

But this week’s announcement has to be viewed as an achievement.

‘It shows that when the arts gets its acts together and actually does do advocacy and makes the case for policy change that eventually government listen,’ said academic and cultural commentator Ben Eltham.

Speaking to students at the Victorian College of the Arts this week, Pledger urged them to see themselves as artist- activists, aware that being an artist also requires active citizenship.

Beyer hopes the skills the arts sector gained in mounting this campaign will now be applied to important and deeper issues such as developing a bipartisan cultural policy and developing a better public understanding of the value of the arts.

19 May 2015: Brandis claims Australian Council is perceived as an ‘iron wall’

21 May 2015: Australia Council cancels its June funding round