How saving a bookshop can strengthen society

Bookshops strengthen the social fabric, one of many reasons The TS Bookshop must be saved, argues Mary Dalmau.
Mary Dalmau 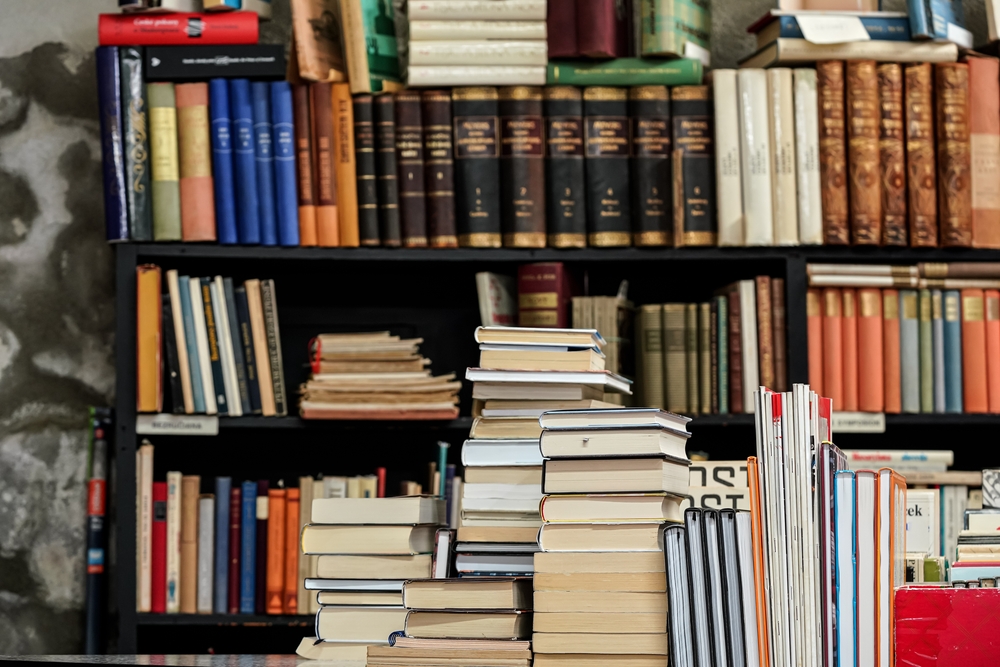 ‘Bookshops are safe places for all and are a balm in a hectic and complex world.’ Photo: Shutterstock.

Some years ago, as I stood in my bookstore one Christmas Eve, a woman approached me with a sense of urgency and frustration – why, oh why, could she not find an ‘e-reader’ to buy her mother for Christmas? This was at a time when such things were new. Her agitation had me intrigued and so I asked a few questions which only served to inflame her more. She proceeded to denounce all bookstores as a thing of the past and to pronounce that books in printed form would be consigned to history.

Here we are some two decades later and as is famously said, the demise was greatly exaggerated. Books and bookstores have certainly endured tough times, but they still exist and, more importantly, they remain relevant and supported.

It is in this context that those who support The TS Bookshop (Theosophical Society Bookshop) in Melbourne are determined to fight for their store which is under threat from the Board of the Society. A store that has operated continuously since the 1920s. They have mounted a change.org campaign so that prior to a general meeting to be held 30 July 2022, members can be apprised of the situation and can help staff and customers to demand transparency and the opportunity to discuss what is required to ensure the bookshop’s survival and success.

When writing on the role of bookstores in a community, California Independent Booksellers Association Co-executive Ann Seaton said:

‘What stands out to me is the desire to make books available to their neighbourhoods, speak to underserved populations, or even provide needed services within their communities.’

It is acknowledged that bookstores are a commercial enterprise and have pressures on cash flow, as does any business. There is however a duality to bookselling – a commercial imperative and a role as an expression of the culture and health of a community.

Unlike a business where, for example, the staff stock and sell and replenish cans of soup (with no doubt important decisions made about range and stock turn) and the customer largely requires no direct involvement by the staff in their purchase, a bookseller is a conduit to the world of ideas and imagination and helps curate the personal libraries of their customers.

To use an example from The TS Bookshop, a customer may have been introduced to the term ‘comparative religion’ and wants to explore what that means; the TS bookseller will act as teacher and informed guide, firstly explaining in broad terms what it means and then exploring the relevant range with the customer and giving appropriate recommendations.

This may turn out to be a transitory interest for the customer or may be a pivotal moment, introducing them to a new world of thought from which they will draw inspiration. In either case, it is the bookseller who has been central for them.

Read: Why bookshops are good for you

I have often repeated the story of the customer who came to the door of my bookstore but could not seem to take the step over the threshold. It is the story of a person who had never been in a bookstore before and who, by the end of our interaction, went away with a gift for a friend and a book I had presented to her on our store’s behalf. She became a regular customer over many years, once saying to me that prior to that first visit she had lived in a housing commission flat all her life and now, through the books she bought and read, she ‘lived in the whole world’.

I repeat this story because it encapsulates all that a bookstore and bookseller is and proves my point of the relevance and importance of The TS Bookshop.

This bookshop holds a comprehensive range of esoteric, spiritual and scientific titles. Surely their customers are incredibly grateful for their recommendations and for their very existence. And it is that existence that is under threat as the Board of the Society, it would seem, want to use the shop as a scapegoat for seemingly poor general management of the Society and dwindling membership. It is remarkable that they do not seem to appreciate the bookshop is their window on the world. That, with support and investment in marketing and promotion, the bookshop is their premier vehicle for profiling the society and attracting new members.

It is especially difficult to accept that they sold and purchased prime buildings in the CBD of Melbourne (a UNESCO City of Literature no less); engaged with an architect to design a stunning bookshop; and then did nothing more. No signage on the street, no marketing or promotion. And, now, infer by their actions, that the bookshop is a financial drain on their funds.

The example of the recent plans for the wonderful Nicholas Building in Melbourne as raised in an article in The Age (1 July 2022) should perhaps be highlighted to the Board of the Society. The director of the company purchasing the Nicholas Building is quoted as saying:

The firm was looking to purchase the building as both a social impact investment and to take advantage of the city’s revival after the pandemic. Its location next to the new Town Hall Station, under construction as part of the $11 billion Metro Rail project, makes it an attractive long-term investment proposition. We’re keen to be a part of that.

He could be talking about The TS Bookshop locale on Flinders Lane. The Nicholas building and the home of The TS Bookshop are, literally, 30 metres apart so the reference is of absolute relevance.

Bookshops are safe places for all and are a balm in a hectic and complex world. They have a universality which aligns perfectly with theosophy’s promotion of the values of universal brotherhood. How then can a board charged with extolling such concepts not understand the role of their bookshop in exemplifying an inclusive and welcoming offering to the community?

Another feature of bookshops is their personnel who broadly fit into one of two categories – those who see it as a perfect job whilst studying and before entering their chosen career and those for whom it is a lifelong vocation. The TS Bookshop staff have remained loyal and enthusiastic over decades. They have unfailingly presented as knowledgeable and friendly and have been ambassadors for the society. They deserve to be treated with respect and supported by the Board, and to be aided in exploring how best to take the store into its next decade.

Losing an independent bookstore is a huge blow to a community. These are places where folks can come together to discuss what’s going on in the world, to also have a safe haven and a safe place for exploring new ideas.

A recent article in The New York Times reported that in the past year, 300 new bookstores had opened in the USA. To circle back to my opening anecdote, I would suggest that the book and the bookstore are far from being relics of the past. It has been fascinating to observe the discussions about community and connection during these years of the pandemic. It is obvious to me that the notion of a virtual world being enough is nonsense; we need contact. And, therefore ‘the bookstore’ as a safe, interesting, and non-threatening meeting place where people can be helped to connect with ideas and concepts through books is absolutely viable and, more, relevant.

It would not be too bold a suggestion to state that a Society that has seen its membership declining over many years (completely unrelated to the bookshop) needs to address the real issues facing its organisation and use the resources it has to reach new audiences. The public face the bookshop presents is an obvious positive. At the very least, they must be transparent about their intentions and match their staff’s integrity.

Sign the petition to save The TS bookshop and follow the social media campaign using the hashtag #savethetsbookshop.

Mary Dalmau is a Past President of the Australian Booksellers Association, has convened more than 20 literary festivals, and is a Friend of the TS Bookshop.