Finding funny women: a career in comedy shaped by icons 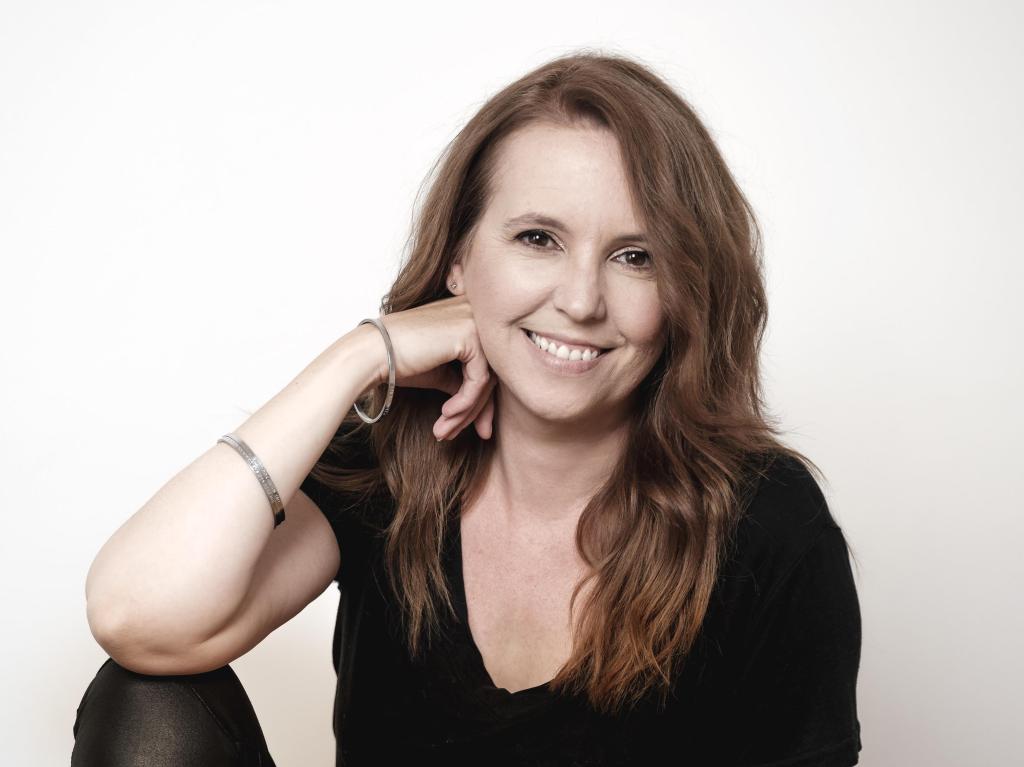 This is an edited extract from No Apologies, Women in Comedy Claiming Their Space, Finding Their Voices and Telling Their Stories by Joanne Brookfield, featuring interviews with Geraldine Hickey, Wendy Harmer, Denise Scott, Felicity Ward, Rachel Berger and others about their careers in comedy. Echo Publishing, $29.99 RRP. Available now in print and e book. Photo credit: Shannon Morris.

Imagine always expecting to be the hero. Not the victim, who needs to be rescued or who ends up dead, not the super-hot-but-insipid love interest, but the actual hero. The protagonist.The one with agency, autonomy and the strength of spirit to take on the challenge and, despite the obstacles, triumph. Powerful and unapologetic for being so.

In June 2017, I went to see Patty Jenkins’ blockbuster Wonder Woman. What a preposterous, implausible, crock of shit that was. I loved every second of it and saw it twice on the opening weekend. Here was an action film crammed with as much over-the-top bullshit as any other action film ever made, and it was a woman. A woman deflecting bullets with her bracelets, a woman leaping over buildings, a woman saving the world. The goddamn hero was a woman.

I’ll never forget how I felt when I exited the cinema that first night. The reason I was so keenly aware of how I was feeling was because it was so foreign to me. Pop culture almost never makes me feel this way: invincible. I’d justspent a couple of hours watching a representation of myself save the world and it had given me the confidence to believe that, should a war spontaneously break out during the short walk back to the car, I, too, could single-handedly defeat an opposing army with nothing more than my handbag. Then hop in my car and drive off without a hair out of place, my car bumping and bobbing over the bodies of the fallen, which I’d nonchalantly left there in the shopping centre carpark.

Of course, ‘reality’ would soon return things back to normal, but for a few felicitous moments my regular gait transformed into a saunter, and a cocky voice in my head said ‘Babe, you got this’.

Imagine always expecting to be the hero and having that expectation constantly reinforced. I couldn’t shake the thought and talked about it for days afterwards. Imagine if that had always been my experience of cinema, right from the get-go that I’d been exposed to images and narratives of women always triumphing, always invincible, rather than this anomaly so far into my adult life.

Imagine the impact that would have made on my self-esteem, and more significantly, my sense of possibility. Then think about that effect, multiplied and magnified around the globe, billions of women feeling the same, and how it would have transformed society as we know it. Imagine, if nothing else, how many female US presidents we would have had by now.

My heart broke for my own generation of women and all those before me, denied an endless smorgasbord of ridiculous superheroes to identify with. But I also felt a small glimmer of hope. Across the world, there are little girls seeing Wonder Woman, the rebooted Ghostbusters and Rey in whatever-that-Star-Wars-one-was, a handful of examples of major films with women in the lead. There’s a generation of young girls growing up now seeing women increasingly in the role of heroes. It’s not enough, but it’s a start. I will say that again: it is not enough. Not even close. But it’s a start and given progress is slow, I’m all for celebrating the wins along the way so that we keep pushing forward, rather than crumpling with defeat. Because if mainstream Hollywood cinema has taught us anything, it’s that the hero doesn’t give up the fight. It’s written into every three-act narrative. There’ll be a moment when “all hope is lost” and our hero is tested, but nevertheless, she persists. And she triumphs.

Geena Davis, Hollywood actor turned advocate, founded the Geena Davis Institute on Gender in Media, an organisation that works to improve female representation on screen so that young girls can grow up absorbing these ideas for themselves. She often quotes the feminist mantra “if she can see it, she can be it”.

When I was growing up, I never wanted to be a superhero but I did want to be a stand-up, which in my mind, was pretty much the same thing. I don’t have a clear memory of when I first saw stand-up, but as I know I didn’t see the artform performed live until I was old enough to take myself off to pubs to see it, my first exposure would have been through the television. More specifically, I would have first seen stand-up on a long-lost Australian variety TV show called Hey Hey It’s Saturday, hosted by a drummer and a talking fabric ostrich.

In our house, humour had always been highly valued. We would watch comedy films over serious dramas; watch sitcoms instead of sports. Funny people were always preferred as company, and laughter was how we bonded. And, like many families, our weekly ritual was watching Hey Hey.

My childhood is Aussie AF in that regard. While I have fully embraced life as an inner-city snob (and Boston Dynamics’ terrifying robots won’t ever be able to drag me back to the suburbs and away from all my fabulous gays), my upbringing was decidedly suburban. We had a backyard big enough to ride BMX bikes in, an above-ground pool, friends over ‘for some grog and a barbie’ and we would watch Hey Hey on a Saturday night. American stand up Rita Rudner was a regular guest of the show and it was perhaps through seeing her that I first started hatching the idea that stand-up was, firstly, an actual thing and secondly, an actual thing women could do.

Then I started seeing more of them. The timeline is as blurry as the end of a three-bottle night on the wine, but I have commingled memories of seeing Rachel Berger on the Midday Show; setting the VCR so I could wear out VHS tapes of Wendy Harmer hosting The Big Gig and watching Jean Kittson, Lynda Gibson, Denise Scott and Tracy Harvey doing segments. In amongst all this was Jane Kennedy and Judith Lucy with The Late Show and Maryanne Fahey on The Comedy Company; Jane Turner, Gina Riley, Marg Downey and Magda Szubanski on Fast Forward. All these fabulous, fearless, funny women, shining brightly, and in doing so, illuminating a path for me to follow.

Being a stand-up comedian was simultaneously the most awesome, and yet most terrifying, thing my teenage mind could imagine. While I kept all that to myself, I did start secretly writing material when I was in high school and would imagine what it was like to be on stage. While I’ve always been fairly confident socially, deliberately putting oneself on stage was – and still remains – quite a radical act if you’re a woman.

Raw Comedy, the Melbourne International Comedy Festival’s national comedy competition for aspiring comedians, didn’t exist when I was a teenager and truth be told, I didn’t have the first clue how I might actually start. So instead, I pursued my other interest, writing. I got my BA in Journalism from RMIT and have worked as a professional alcoholic ever since. I mean, freelance print journalist.

I wrote about all of the arts: music, cinema, theatre, dance, circus but it was comedy that captured my heart and began consuming all my time.

As deeply entrenched in the world of comedy as I soon became, it took me a while before I got up. Years, in fact. When I did though, I was hooked, and gigged like a woman possessed… or obsessed, more accurately. I performed pretty much flat out for the next eight years, freelance journalism working perfectly with the lifestyle. I was gigging as many nights of the week as possible, opened rooms so I could get additional stage time, appeared at every festival I could, and produced and performed a national tour of my show.

I still jump up every now and then. I continue to write about comedy as a journalist and in more recent times have been lurking about behind the scenes on awards panels. I couldn’t have done any of the things I’ve done, however, without the women who came before me.

Joanne Brookfield is a journalist and comedy writer, who has worked as a freelance print journalist, writing mainly for Fairfax newspapers and contributed to The Guardian UK, Sunday Herald Sun, and Courier Mail. She has covered the Melbourne International Comedy Festival, Edinburgh Festival Fringe and Montreal Just For Laughs. She's also performed stand up with multiple seasons of her shows around Australia and New Zealand.