We don’t need to wait for political parties to release formal arts and cultural policies when their unwritten policies are hiding in plain sight, argues Esther Anatolitis.
Esther Anatolitis 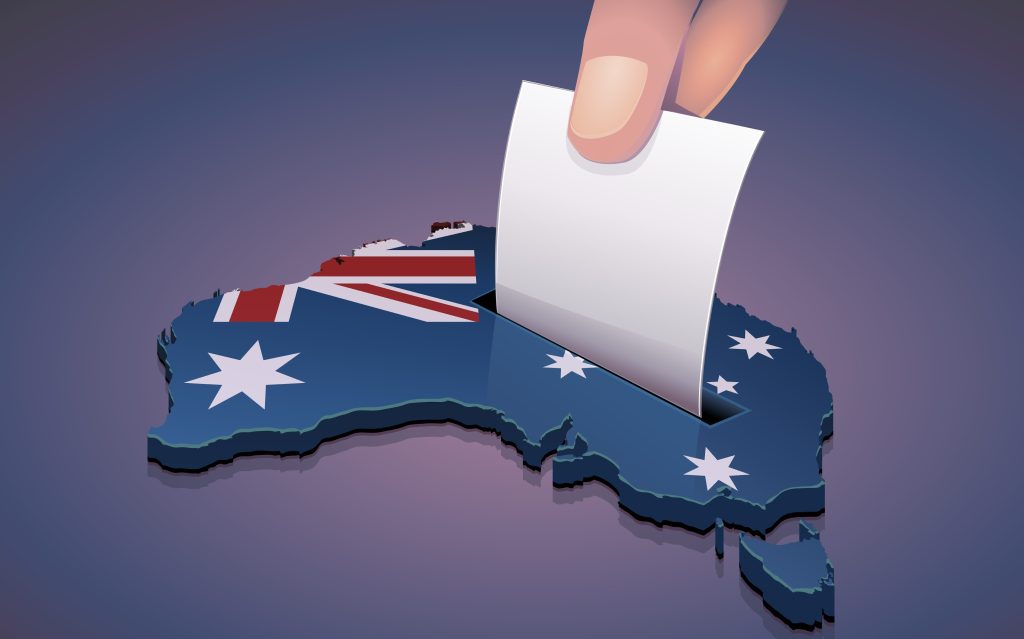 The Federal election has been called for Saturday 21 May. Image: Shutterstock

The moment an election is called, the arts community starts looking for the policy statements that will distinguish the parties and highlight the candidates worth supporting.

Given there’s never been a bipartisan approach to arts and cultural policy that has survived a Federal election, Australia’s election outcomes can have substantial impacts – on how artists live and work, on arts education and training, on intellectual property protections and local broadcast content requirements, on the risks organisations can take, and on all the ways audiences can access creative work.

So what happens when there’s nothing there to find? How best to work out where candidates stand?

When we don’t see arts and cultural policies clearly presented on a campaign website, let’s not make the mistake of stopping there and assuming that there is no policy.

Firstly, more detailed policy statements tend to be released later in the campaign.

This is because the parties stagger their announcements across the full campaign period to capture our attention in a very cluttered media environment, hoping to get some good impact on each policy component rather than seeing it get lost among the ‘gotcha’ moments.

This means they’re in a mode of heightened responsiveness right now, continuously testing our reactions – and using that to modulate their campaigns. (All the more reason to make our expectations clear!)

It also means there’s going to be less capacity for detailed scrutiny. Disappointing, of course, when we all want more and not less time to apply that scrutiny.

Secondly, just because a policy isn’t written down, doesn’t mean it doesn’t exist.

At its broadest, a policy is a set of principles that guides decision-making.

Written policies are important ways of advancing a candidate’s ethics and a party’s values. When they’re well-articulated, written policies can advance the public conversation and encourage healthy debate.

Unwritten policies allow government to ‘remain responsive to the changing priorities of the day’, as a former Premier once put it to me. This makes them harder to identify – but not impossible.

By examining a party’s record, we can assess the values that underlie their actions, and start to get a sense of their unwritten arts and cultural policies.

So where do the parties stand?

Just a couple of days into the election campaign period, neither the Liberal Party, Nationals, Labor Party nor the Greens have an arts and cultural policy highlighted among their future plans as yet.

At the last election, Labor took a comprehensive arts policy to voters, re-endorsing their 2014 National Cultural Policy and committing to consult on its refresh. There was also a detailed policy from the Greens, while neither the Liberal Party nor the Nationals put forward a policy.

In the three years since, the Morrison Government has provided substantial pandemic relief funds – some nine months after the sector’s united call for support, and assessed not by politically independent peers but by the Ministry, as well as excluding many, marking ‘a radical change in Australian arts policy’.

What was presented as temporary support for the arts has instead enacted a significant shift in unwritten arts and cultural policy.

Over the campaign period, the Government will need to make the most of every opportunity to earn the respect of these groups, as well as making its position on Australian culture clear.

Arts and culture are central to our lives. They must also be central to policy commitments.

Cultural policy, whether it’s explicitly articulated or not, is the foundation of all policy: it’s about the ethics and the stories that define us. We elect governments to make decisions on our behalf about the infrastructures that enable that work. We don’t elect governments to interfere with the expertise of artists, teachers and researchers. And while there are governments around the world where those kinds of attacks are normal, those countries are not democracies.

It’s time to let candidates know what we expect of the next Australian government.

The various social media campaigns being launched by industry bodies can help strengthen the sector’s resolve at this frustrating time. Beyond that, we need to ensure we’re not just having conversations among ourselves.

There are plenty of questions to start putting to candidates – especially in your electorate:

A month from now, we’ll all have more detailed questions to put to candidates once they’ve released their policy positions – but let’s not leave our first questions until then.

Right now is the time to make our expectations known, so that we’re influencing those positions and strengthening the next Government’s resolve.

After all, their existing arts and cultural policies are already hiding in plain sight.

Esther Anatolitis is one of Australia’s most influential advocates for the arts. She is Deputy Chair of Contemporary Arts Precincts, the team behind Collingwood Yards, and Honorary Associate Professor at RMIT School of Art. Esther has led arts and media organisations across all artforms, and her consultancy Test Pattern focuses on creative practice, policy and precincts, as well as advocacy and public value. A hallmark of Esther’s arts leadership career has been her tenacious civic engagement, ensuring that artists’ voices and arts issues feature prominently on political agendas. This work has ranged from strategic development and private advice to public events, regional marginal seat forums, candidates’ debates, specialist workshops and Australia’s first advocacy training program for the arts. A prolific writer, Esther’s work regularly appears in literary journals, newspapers, and across the arts and design media. Her book Place, Practice, Politics is published by Spurbuch. Follow her on Twitter: @_esther.