Cripping up is the new black face

We no longer cast white actors in black face but we don't train disabled actors to ensure a fifth of the population is honestly portrayed on stage.
Michelle Cuneo
[This is archived content and may not display in the originally intended format.] 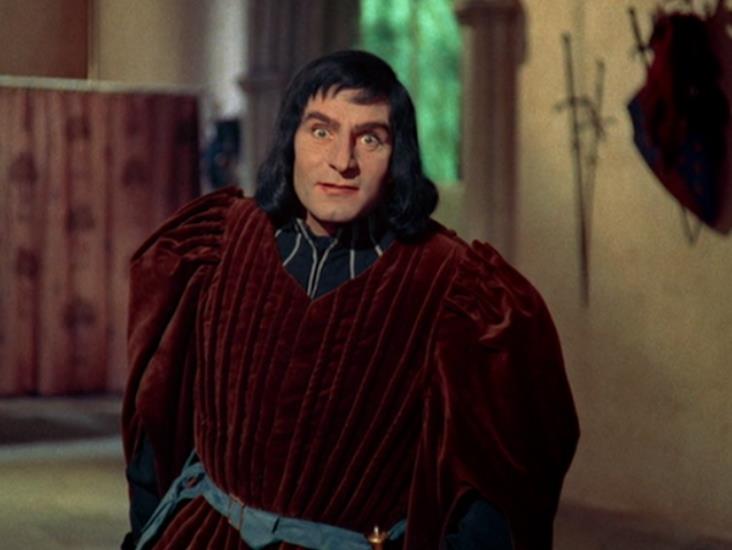 ‘I that am not shaped for sportive tricks…’ Laurence Olivier as the disabled Richard III. Image via artinfo.com

It seems as soon as the glitter settles on these award ceremonies, campaigners reinstate the call to employ actors with disabilities, believing this alone will stamp authenticity upon the portrayal of disability on our screens and stages. Conversations are launched about the barriers faced by actors with disabilities – online banter begins about the attitudes of directors and the commercial imperative of an industry that relies on star power over the use of unknowns. Usually quiet voices argue ways to negotiate more fluid working conditions and provide greater physical access to theatres and sets.

All this is superficial. As a society we don’t know what disability is yet – despite statistics that tell us that our social fabric is made up of 20 per cent of it. We are fearful of it. We don’t know how to deal with it and to mask our inadequacies we either overcompensate with care or patronise. We can’t be sure whether to apply a medical model to it where we see people as broken and in need of cure, (a favourite of audiences and Hollywood who love a triumph over adversity narrative); or to explain it with a social model that blames other people, mostly governments for not building enough ramps or disabled toilet facilities.

We don’t use our language well. We slap one deficient word, disabled upon an eclectic and fiercely diverse population who sometimes have very little in common. The interests of people with physical disabilities differ greatly from those with intellectual disabilities, for example. Linguistically, we misconstrue the word disabled to mean unable. A mistake that encourages us to underestimate people with disabilities at every stage of their development, and that stops us from allowing actors with disabilities to develop from an early age at a grassroots level. Kate Hood, herself an actress with disability who has worked as Deputy Chair of the Diversity Committee at Actors Equity cuts through the noise when she writes in Equity magazine, “Drama schools rarely take and train young disabled performers, so there is no pathway for young talented disabled performers to enter the established industry”.

Australian National Academy of Disability Arts (ANADA) is busy building a pathway for hundreds of people with disability. It begins with grassroots classes for children with disabilities; progresses through to a large scale disability theatre company called Options Theatre Company, and culminates in a professional practice mentorship for actors with disabilities wanting to take their craft further.

Open for auditions now, ANADA is currently mentoring ten emerging artists with disabilities keen to develop their professional practice as actors. From many diverse backgrounds; at varying stages of development, and having dealt with the barriers that have kept them out of training institutions before, this pioneering group have an opportunity to learn from industry insiders. It is new territory and there is much to learn particularly under the weight of a western theatrical canon that uses disabled characters as metaphors of tragedy, loss, moral deficit or defeat. Defiantly, participant Lauren Andrews works with tutors not only to develop an understanding of industry expectations and build the skills required to be an actor, but also to explore and challenge the social perception of disability by embracing roles like Shakespeare’s Richard III that traditionally use the disabled body to reveal an evil character.

As a not-for-profit organisation working with people with disabilities, ANADA is concerned with issues of social justice, community and access – all the worthy buzzwords bandied about when we talk equity in the arts. However, ANADA plans to take the argument further than politics alone believing actors with disabilities can also achieve artistic quality.

Actors with disabilities need to be equipped to create characters that are so rich and performances that are so strong that the portrayal of disability becomes much more than a metaphor for a broken soul but a much grander commentary on what it means for all of us to be human in all its complex and sometimes uncomfortable truth.

A truly great actor is awarded not for playing a disability, but for finding the humanity that connects all of us inside the role.

Auditions for ANADA are now open. If you are an actor, singer, dancer, musician or artist with disabilities and want to know more email michelle@optionsdisabilitysupport.org.au