Arts in the new Turnbull Government

The Minister has not changed but the Shadow Minister has been replaced. What does that mean for arts policy in the 45th Parliament?
Deborah Stone 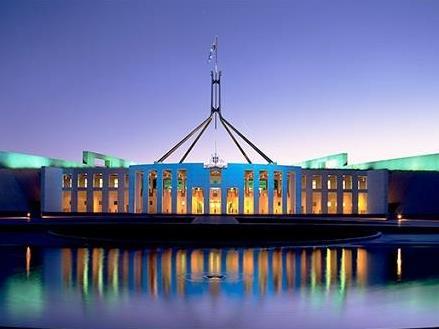 Image via Parliament of Australia

Fifield’s retention of the job is in line with the Prime Minister’s general approach of a Cabinet with very few changes. While the industry regards him as a lesser evil after unpopular former Minister for the Arts George Brandis, Fifield has made few friends in the sector. The Coalition’s failure to release any kind of arts policy during the campaign means he returns to the job without a platform and with a sense that his agenda is to avoid rather than support the arts.

The new Turnbull Government is expected to continue to channel funds through the Ministry via the Catalyst program and is unlikely to advocate for any improvement to independent funding of the Australia Council. Catalyst, which is a rebranding of the unpopular National Program for Excellence in the Arts announced in the 2015 Budget, distributes funding previously controlled by the Australia Council through the Ministry for the Arts.

During the campaign the Minister defended the Catalyst model on Radio National, denying it politicised arts funding and pointing out 53% of grants had been distributed to organisations in Labor seats.

‘I’ve got to reject the characterisation that Mark Dreyfus has put on Catalyst saying that it’s in effect a Government slush fund. The truth is that there are a panel of assessors who have looked at each application. I have in every circumstance accepted the recommendation of the panel of assessors so no Ministerial discretion has been exercised.’

In fact there may be very few funds still to be allocated, at least for another year. Having distributed the 2015-16 Catalyst funding in May just before the 2016 budget, Fifield announced almost $12 million in additional Catalyst grants in the last hours of the previous parliament.

Neither the Australia Council nor ArtsPeak representatives knew where the money came from and there was no explanation from Fifield’s office, but it is widely believed that the Government allocated next year’s funding hours before it went into caretaker mode, binding the future government to projects of its choosing.

In any event, the return of the Coalition simply means those funds have just been allocated early – good news for the recipients who get a little more certainty but meaning there is little to look forward to for the organisations that missed out for another year.

Also on the agenda for this Parliament will be the question of which recommendations it will implement from reviews into copyright and competition.

In April the Productivity Commission recommended widespread changes to copyright which would reduce creators’ rights dramatically.

The Government has already indicated it will not proceed with the Commission’s recommendation to reduce copyright to 15 years but still on the table is a change that would replace default copyright with fair use provision. This change would bring Australian law closer to the American system and, it is argued, would be more realistic in an age of easy copying, mashables and piracy. Similar changes were recommended in 2014 by the Australia Law Reform Commission.

The Copyright Agency, and many creatives, oppose these changes

The Government has also indicated it will support the recommendation of the Harper Review to remove restrictions on parallel imports of books, changes which are expected to lead to cheaper books but which publishers say will make it harder to publish Australian authors.

In the Communications portfolio the rollout of the NBN will continue to be a dominant issue. But for creatives a number of other policy and funding questions remain.

ABC, SBS and Screen Australia are all reeling from significant cut backs and these lower funding levels are affecting the capacity of the screen industry. SBS in particular is under increasing siege in an environment where minority parties with an unfriendly attitude to multiculturalism have increasing sway.

The screen industries will also continue to campaign for improvements to producers offset and related tax concessions but there is little indication that the Government is likely to address these issues.

While the Government is essentially holding the status quo on arts and communications policy, Opposition leader Bill Shorten has appointed a new-old name as Shadow Minister

Tony Burke previously served as Minister for the Arts from March to September 2013, prior to the second Rudd Labor Government losing power at the 2013 federal election.

As Minister for the Arts, Burke was responsible for launching the Gillard Government’s Creative Australia policy, developed under former Arts Minister Simon Crean.

Creative Australia is still the official arts policy of the Labor Party, and according to comments made by Dreyfus earlier in the year would have been re-implemented – or adapted as the basis of a new policy – had Labor been returned to power at 2 July’s double dissolution election.

As Dreyfus explained in an interview with ArtsHub’s Richard Watts on 3RRR FM on Thursday 30 June, ‘The point I’ve made repeatedly … is that people have asked us to recommit to Creative Australia, which was the first national cultural policy adopted in this country for more than 20 years – adopted by the Labor Government in March 2013. And the reason why people have said to me over and over again, “We think you should recommit to this,” is because it itself was the product of deep consultation over about two years by Simon Crean as Minister, resulting in that policy.

‘You might have seen that in our national platform, adopted at our national conference last year in July in Melbourne, we recommitted to that Creative Australia policy, which I will take as the starting point, a launching off point, if we are elected to government on the 2nd of July. It’s a very comprehensive policy; it deals with every aspect of arts and culture throughout Australia,’ he said.

But with the Coalition returned, it will be another three years before Creative Australia has any hope of resurrection.