Are we funding this digital pivot the right way?

With an urgent need to monetise digital content, a panel of leaders discuss how business models need to change, as we move into the next phase of our pandemic, tech-driven, creative future.
Gina Fairley 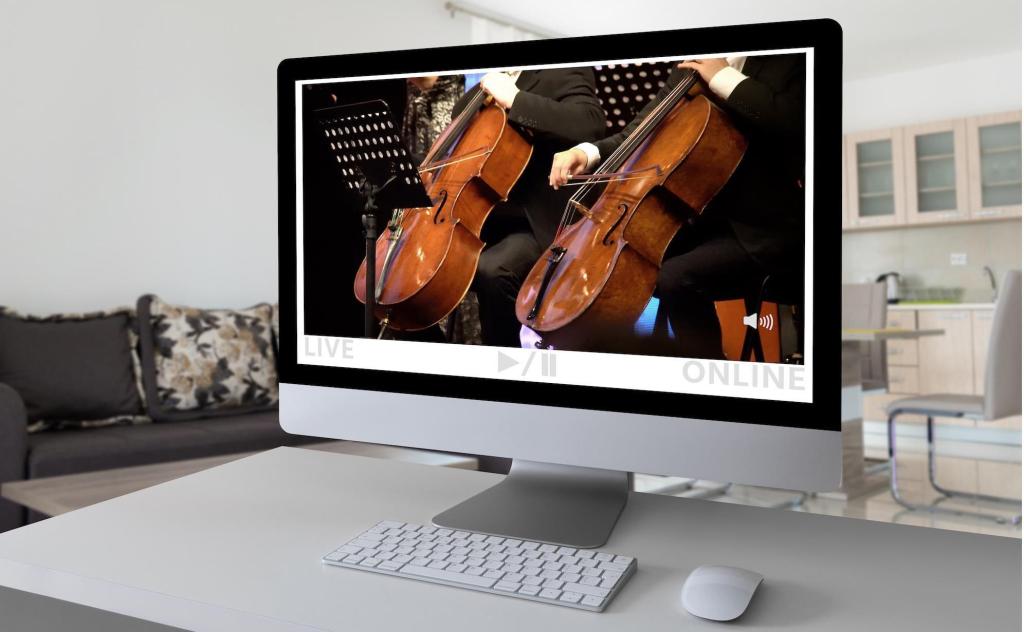 Australian playwright and Sydney Festival Artistic Director, Wesley Enoch AM described money as ‘almost worthless at the moment’, adding that the priority has been to ‘put health and community at the fore, which is a very First Nations perspective.’

For a sector that has been hard hit, a worthless arts dollar is not the news perhaps most wanted.

But Federal Minister for the Arts, the Hon. Paul Fletcher assured, in his opening remarks to the five-day symposium, At the Crossroad? Australia’s Cultural Future, hosted by the Australian Academy of Humanities, said that ‘there is no shortage of money going into the arts sector.’

It is an interesting see-saw conversation that a panel of industry leaders negotiated, asking the question whether the arts and culture sector is funding its digital pivot in the right way? And whether we should we be placing more focus on upskilling and new business models to truly turn this moment into sustainable change?

It comes as a Parliamentary Inquiry moves through a raft of submissions on the pandemic’s impact, and sector’s needs to re-emerge.

Enoch said: ‘We are using a lot of socialism to prop capitalism up at the moment, so the idea of digital technology is very much about, “How do we monetise this, and how do we provide for living artists as we push forward in this space?’

‘Change takes usually many years, but has been concertinaed into months. We are fast becoming super users of technology like our kids,’ said Dr Wendy Were,  Australia Council for the Arts’ Executive Director, Advocacy and Development.

While she admitted that her kids laughed when she said she was working on ‘digital transformation’ – like her generation had no idea – Were added that while ‘reimaging’ was becoming the next overused term of the moment, ‘digital, as core to our activity, is not new.’

She continued: ‘Many organisations over the years have dipped their toes into the digital space, and then retreated, finding it overwhelming, but it is fair to say that it has been evolving alongside core activities, rather than within it.’

So what do we need to do to make this further key pivot of holistic embeddedness?

Joining Enoch, Were said that, for some time, many in the culture sector have known that our business models needed innovating, adding ‘we have 19th century artforms, 20th century business models and 21st century audience demands.’

‘Our sector has been resistant to change, and the dominant part of the sector hasn’t needed to change, until now, when those traditional models have been sorely tested,’ said Were.

Indigo Holcombe-James added that funding, ‘needs to be around developing skills and not just getting a digital program up now.’

She is part of the RMIT School of Media and Communications. She agrees with Seb Chan (Chief Experience Officer at the Australian Centre for the Moving Image) who has described digital fluency as not just something we tick off, but rather as a role across all things.

‘It should not sit with one person or one department,’ says Holcombe-James. ‘Many talk about skills contracted in, or grant funding to fund a digital practice or program; those need to be embedded and understood as an operational cost – as a permanent fixture.’

Panel chair, Professor Joanne Tompkins FAHA (The University of Queensland), pointed out that many institutions do not have a digital budget.

‘That has to be the norm,’ continued Holcombe-James. ‘Many art organisations see digital as a delivery platform and not a service space – it is like it is just another form of email. There is not the understanding of the sophistication of what that space is, and can offer.’

It was an observation Were had made through the Council’s research: ‘It is one of those things we think of as something to do in addition to the live experience, and then translate it; it has to be part of every offer.’

To do that comes back to new business model and strategy thinking. ‘Our research tells us the biggest barriers are cost and time; digital takes both of those out of the picture,’ said Were.

‘There is a lack of confidence that wants to shut things out rather than embrace them. We tend to think, “what can the digital do for me?”, rather than, “how can I shift my perspective?”, continued Were.

With a good eight months of digital transformation under our belt as a sector, a new conversation is starting to arise. Ticket prices have been tested, competing with a deluge of free content, and a new inequality is emerging around those who can, and those who can’t charge.

‘While audience enjoy this raft of offerings, we need to look at the monetisation and numeration of digital content for artists, and no one is cracking that yet,’ said Were.

Enoch continued: ‘The complication I see in this day and age, where billions of dollars float around, is we have turned everything on its head, where money is worthless unless it supports community and health going forward.’

This is where he sees a living wage for artists as a future model, adding that we are seeing a glimpse of how that might work through the JobSeeker roll out.

‘A living wage would mean greater participation in our community, rather than to always have a hand out looking for support,’ he said. ‘… if you were to give them a steady income, they’d make incredible work with incredible longevity.’

Another model was to punch out of the sector silo, and to better broker partnership with the corporate and private sectors – to swoop on resources allowed and not used at this time.

A CASE STUDY WITH ANSWERS

A great case study is Pub Choir, which was reinvented during the lockdown as Couch Choir.

Founder and Director Astrid Jorgensen said, ‘Right before lockdown we had 3,000 people in Brisbane learning a Savage Garden song, which raised $130,000 for women’s legal services. So the question I faced was “how do you transfer that into a workable model in lockdown, and how can we still transfer the good will of the community in COVID?”’

Described as an internationally live touring act that transforms pub audiences into choirs, her company moved from 217 shows in 2019 to just two in 2020.

Taking it online in March, Jorgensen thought they might get 100 sign up. 3,000 did, and their most recent event included participants from 48 countries.

It was this capacity that forced Jorgensen to look outside the arts for help to deliver Couch Choir. ‘To be very blunt, we didn’t have enough tech to cope with the number of submissions we were receiving. We needed more power,’ said Jorgensen.

So she turned to the corporate and private sector via digital networks.

‘We are in this strange place where companies have this money assigned for events and promotions but are not able to use it, so be aggressive and get out there and find those options – be more connected,’ Jorgensen said.

‘Here is where the solution lies, in connecting with spheres outside the arts industry,’ echoed Holcombe-James.

WITHOUT TRAINING YOU CAN’T BUILD CAPACITY

Were pointed to Canada for further lessons. ‘They started putting out all this digital funding, but found they couldn’t deliver on it. Money wasn’t the solution; they needed the training and upskilling to build capacity first.’

Holcombe-James continued: ‘In our research, [we found that] so many people talk about fear, or that they worry it didn’t represent the institution to the best ability. How can we overcome that?’

She added that – alongside discrepancies of inclusion in this new digital immersion due to geography, bandwidth, access and social economic divides – we are witnessing inequality not only across institutions, but within institutions.

She turned to the words of Harry Verwayen of European, to explain this complexity: ‘These divides run between institutions that have different levels of digital capacity and capabilities, and even within institutions where staff have differing levels of digital literacy and skills. Crucially, digital divides are about our processes as much as systems and about people as much as hardware.’

‘It is creating enormous unevenness,’ she continued, adding that this lauded tech-future, ‘requires staff to be equipped to do all this work, and has to be understood throughout the institution; and it needs to be affordable and organisations need to be able to fund this work.’

‘If we do not address this, we will only see further disadvantages, and more underfunded and under resources institutions,’ said Holcombe-James.

‘We can make real change around this; we already have a road map for upskilling Australian institutions to build digital capacity – we have a clear plan over the next decade,’ she said.

The stalemate, the panel concurred, is complex: antiquated business models, the departmental siloing of knowledge, the reticence to hand over to a next generation of thinkers and simply, a rut of being reactive rather than fully embracing the potential for technology-driven creative futures to generate new and innovative engagement with and between arts communities.

Technologies & Creative Futureswas presented Monday, 16 November, as part of the 51st Academy Symposium – At the Crossroad? Australia’s Cultural Future  – hosted by the Australian Academy of Humanities, in partnership with the Canberra-based think tank, A New Approach.