What has the Adelaide Festival Centre done to annoy so many of its city’s artists?
Richard Watts 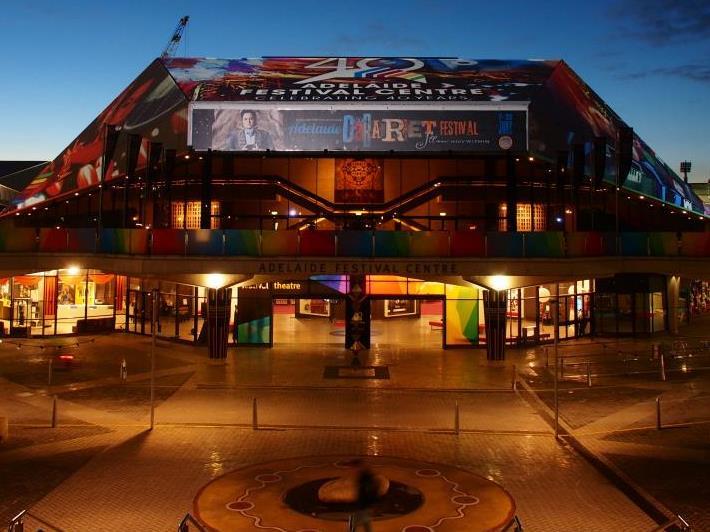 Image by Paula McManus via www.weekendnotes.com

‘If the entire Festival Centre slid down the banks of the river and into the Torrens,’ a local artist told me at the opening night of the Adelaide Festival, gesturing with his drink towards the distinctive bulk of the nation’s first multi-function performing arts centre, ‘I don’t think anyone would miss it, except maybe the people who work there.’

It was an attitude I was to hear echoed again and again during my four days at the Festival, repeated by visual artists and theatre makers, arts administrators and Fringe producers. Without exception, the Adelaide arts sector seems united in their dislike of the Adelaide Festival Centre. But why?

The Adelaide Festival Centre’s first purpose-built auditorium, the Festival Theatre, was officially opened on 2 June 1973 by then Prime Minister, Gough Whitlam, with the Centre’s additional components – the Playhouse, the Space Theatre, the Southern Plaza and the Amphitheatre – opening in successive years. According to the Centre’s own website, ‘it has become a place that South Australians regard with pride and a strong sense of ownership’.

The reality, it seems, it quite different.

Throughout the city’s relatively small, intensely inter-connected community during my recent visit for the Adelaide Festival, I heard the same complaints made about the Centre again and again.

People stated their belief that its programming is increasingly commercial, too concerned with the financial bottom line than with artistic merit. Its dominance of the local sector seems symptomatic of an on-going problem within government and Arts SA, of an arts bureaucracy that is too focused on festival season rather than on the arts all year round. The Centre’s venues are too expensive for smaller companies to hire, I was told, significantly reducing opportunities for organisations to present their work regularly, and consequently impacting on opportunities for independent artists to develop successful career pathways.

Artists complained to me that the Centre was failing to subsidise and support local independent and alternative work; that there was little sense of engagement with contemporary and challenging programming; that the Centre’s marketing team had far too much say over deciding what works would appear in its venues, at the expense of innovative new theatre productions; and that it was operating almost imperially, dominating the landscape at the expense of the rest of the sector.

People were quick to tell me that their issue wasn’t, as a rule, with the individuals employed by the Adelaide Festival Centre, but rather with the culture of the organisation itself. They also expressed the belief that Douglas Gautier, the Adelaide Festival Centre’s CEO and Artistic Director (who last year told ArtsHub the Centre was ‘looking at how we can leverage a commercial work to support those not-for-profit initiatives that are also very valuable and precious to us’) was unaware of the degree of animosity directed towards the institution, implying that people did not perhaps always speak frankly to him.

There is no doubt – even among the many Adelaide artists I spoke with – that the Adelaide Festival Centre is an important institution, and that its facilities and infrastructure need to be upgraded and maintained. But there is also a definite sense that the Centre’s pre-eminent position in Adelaide has come at a significant cost to the rest of the cultural sector.

The city’s artists gave me the collective impression that Adelaide Festival Centre’s lack of engagement with the local sector, and its lack of a collaborative spirit, are damaging, dispiriting, and adversely impacting on the performing arts community.

Put simply, it seems the long shadow cast by the Adelaide Festival Centre may be damaging the city’s arts ecology; a situation that needs to change if Adelaide is to become not just a festival city, but a vibrant and flourishing arts capital all year round.