In a landmark copyright deal, the Aboriginal flag returns to all Australians. But what does the deal mean?
Gina Fairley 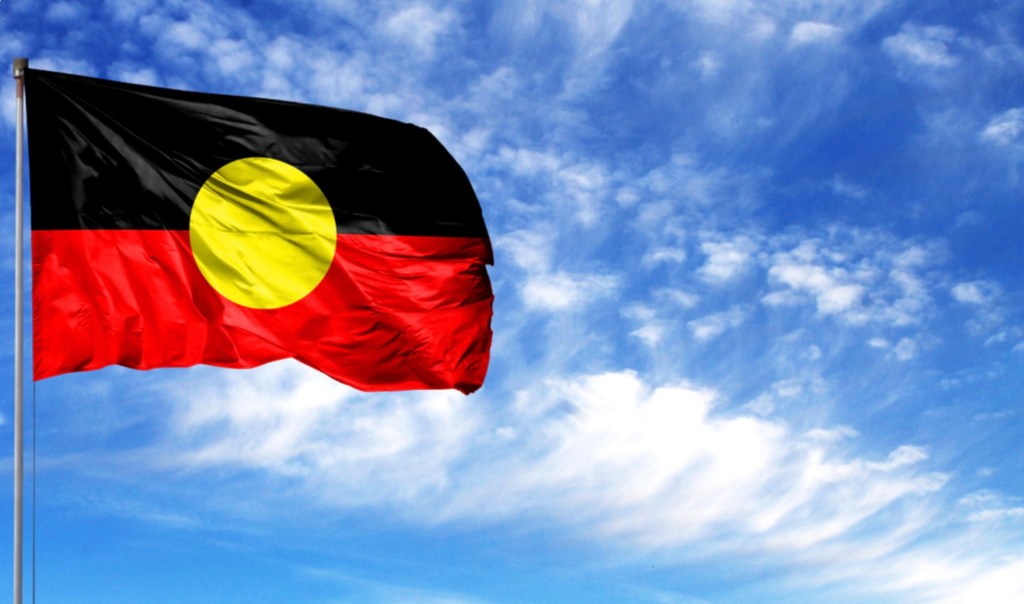 On the eve of Australia Day – also widely referred to as Invasion Day – a landmark deal was secured (25 January).

The Australian Government negotiated the licence of the Aboriginal flag, which was owned by Luritja artist and designer / creator Harold Thomas, plus three companies that Thomas had licenced the design to in recent years – WAM Clothing, Gifts Mate, and Flagworld.

What this means is that the copyright for the flag has been transferred to the Commonwealth.

The $20 million deal for the unrestricted rights to the flag’s use, means that it can now be freely used by all Australians (not just Indigenous Australians), allowing them – as Prime Minister Scott Morrison explained – to put it on, ‘apparel such as sports jerseys and shirts, it can be painted on sports grounds, included on websites, in paintings and other artworks, used digitally and in any other medium without having to ask for permission or pay a fee.’

Thomas also announced he would allocated $2 million from the deal to establish an Australian Aboriginal Flag Legacy not-for-profit organisation to support the ‘interests of Aboriginal Australians and the flag.’

The Commonwealth has further agreed to direct any future royalties from commercial flag sales towards an annual scholarship worth $100,000 for Indigenous students in Thomas’ honour.

Plus, an original painting by Harold Thomas recognising the flag’s 50th anniversary and the historic transfer of copyright will be gratefully accepted and displayed in a prominent location by the Australian Government, a formal statement added.

I am grateful that my art is appreciated by so many, and that it has come to represent something so powerful to so many.

The Aboriginal Flag will now be managed in a similar manner to the Australian National Flag, where its use is free, but must be presented in a respectful and dignified way.

UNDERSTANDING THE FLAG’S HISTORY AND COPYRIGHT

A statement from the Prime Minister’s office also clarified: ‘To ensure the flags themselves are of the highest quality and continue to be manufactured in Australia, Carroll and Richardson Flagworld will remain the exclusive licensed manufacturer and provider of Aboriginal Flags and bunting. While this ongoing arrangement covers commercial production, Flagworld is not restricting individuals from making their own flag for personal use.

Bronwyn Carlson, Professor, Indigenous Studies and Director of The Centre for Global Indigenous Futures, Macquarie University, writes in The Conversation that ‘while many Indigenous people are celebrating today and rejoicing in the idea the flag has been “freed,” I am not so sure. I think we should all take a moment to pause and consider what this new “ownership” might represent.’

Carlson continued: ‘The Aboriginal flag does not belong to all Australians. It belongs, like the land, to us as a symbol of our sovereignty. Morrision’s statement about having “freed” the flag for all is offensive.’

Thomas has explained of his design: ‘The Aboriginal Flag design is my dreaming, intertwined with my wife’s family and mine, our ancestral belonging. The land, and the landscape, is indelible in my make-up; it courses through my consciousness and subconsciousness.’

He continued: ‘The Flag represents the timeless history of our land and our people’s time on it. It is an introspection and appreciation of who we are. It draws from the history of our ancestors, our land, and our identity and will honour these well into the future.’