After a series of technically inclined experts, the NFSA reveals its new head is a cultural leader.
David Tiley 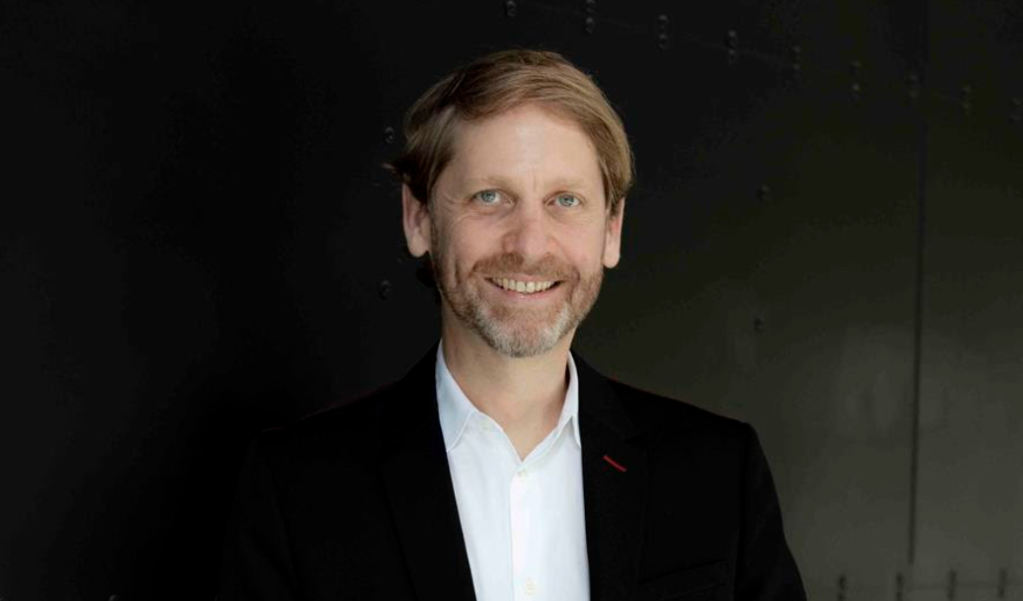 No matter how casual, Patrick McIntyre is always casually elegant in his photographs. Image supplied.

Over the last decade, film archivists and their supporters have discovered just how much the personality of the CEO matters, as the National Film and Sound Archives wrestles limited budgets, desperate need and conflicting expectations. Its string of international appointments and archival experts stopped when Jan Müller resigned last December to go home to Holland. He was replaced by Chief Operating Officer Nancy Eyers, while Patrick McIntyre was formally hired in June and will start on 24 October.

Now the National Film and Sound Archive is presenting its latest CEO to the wider world via an in-house interview.

McIntyre will have a uniquely dramatic way of analysing the plots and conflicts because he spent the last 11 years as the Executive Director of the Sydney Theatre Company. The STC printed a thorough description of his impact when it announced his departure.

“He is respected by all STC’s stakeholders for his rare combination of intellect, creativity, passion for the arts and caring for people,” [STC Chair Ian] Narev said. “For some time he has been open with the Board about his desire for a new challenge after more than a decade in this role. This exciting opportunity has come at a time when STC has strong audience and donor engagement, has opened a new world-class theatre, and has positioned itself to recover after the unprecedented challenges of 2020. So whilst we are very sad to lose him, he goes with our full support and deep gratitude. The National Film and Sound Archive is gaining a leader of the highest calibre.”

It is a funny kind of change because McIntyre has survived as a serious Sydney insider, scritching benefactors under the chin, focusing actors on the art they love, supervising a huge rebuild, and shaping the stories on offer to audiences which he knows well.

After all, he spent his first 14 working years in the management of the Sydney Opera House, Sydney Dance Company, Sydney Film Festival and Australian Ballet. He is steeped in every harbourside cultural institution which is about actual people moving around; the NFSA brings him a step closer to art galleries and museums, but even here the pictures perambulate inside the frame.

It is the first time that the NFSA will be led by a cultural shaper, probably a rare chance for the nation’s politicians and bureaucrats to mingle with a truly civilised person, and possibly an unusual alliance with a socially disciplined strategist.

He has managed to avoid internet videos – an unusual skill in cultural leadership – but he is preserved taking a camera through the new Sydney Theatre Company premises, surely one of the most exquisite workplaces in the country.

McIntyre claims he will like Canberra. He told interviewer Nicola Gage that, ‘I grew up in northern New South Wales and I miss hot, dry summers and cold, bright winters! And I also have a few friends in Canberra who I am looking forward to seeing more often.’

Asked what attracts him to the NFSA he said, ‘The collection, first and foremost. It is fascinating not only because it charts the evolution of Australian culture, but also of recording and broadcast technologies. The race to protect the collection by digitisation not only safeguards it but will make it more easily shareable, and the opportunities coming out of that will be really powerful. And personally, I’m a weird combination of impatient modernist and nostalgic sentimentalist: my Instagram is full of street art, and my Pinterest is 19th Century photography. So I think working in a 21st Century audiovisual archive will suit me.’

Retiring Chair of the NFSA Gabriel Trainor AO believes that McIntyre will ‘bring to his new role a deep appreciation of Australian storytelling, a love of our film and music culture, exceptional leadership skills and entrepreneurship, as well as a record of growing connection with audiences.’

He offers evidence of a broad-ranging approach to cultural management. ‘I think about my work in the arts and culture industry all the time and love hearing about new approaches to business, communication and technology in other industries. And I can get bursts of that formless, euphoric type of inspiration from simple things like catching a sudden gust of jasmine on a hot afternoon walking home from the shops.’

McIntyre is a proponent of the current focus on values in organisations, proud of ‘the work that STC did to lead positive change in terms of workplace culture especially in the areas of mental health safety and respectful behaviours. These were changes that were overdue across the industry and it felt great to help push them forward.’

One word seems to be missing from both these announcements, which is pretty integral to the National Film and Sound Archive. That word is ‘future’.

To screenmakers and a lot of cultural analysts like ArtsHub and our sister publication ScreenHub, that notion of deep time, the commitment to transmitting our experiences and insights to unborn generations is a pretty fundamental reason to store our stories. We step deliberately into history, offering ourselves in return for the way the past has transmitted itself to us.

Patrick McIntyre dares to talk about his personal preferences in an official release which is a bit refreshing.

‘I listen to a lot of music and I’m always curious to follow evolving styles and new artists. (If you’re interested, my favourite albums so far this year are Believer by Smerz, Colourgrade by Tirzah, 9 by Pond and Crooked Machine by Roisin Murphy). I go through periods when I read books a lot and appreciate the slower, deeper engagement you get from a book – but then the habit gets broken by one thing or another and it might be a while before I get back into it. I also like being pinned to the couch by my cats. Happily, these three things can all be enjoyed together.’

I am imagining him at a window, staring at those infinitely spacious skies over Canberra, his headphones firmly over his ears, washing away the malign influence of our leaders with their desiccated hearts.