Shadow Minister for the Arts Tony Burke outlines the principles that will guide him if Labor is elected in 2022.
Richard Watts 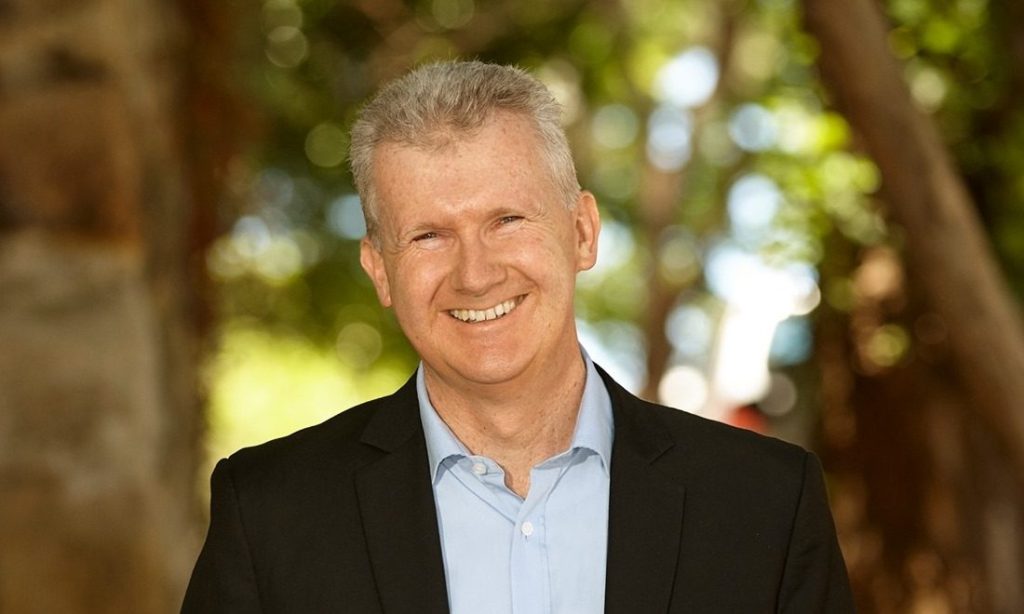 If a Federal Labor Government is elected in 2022, Shadow Minister for the Arts the Hon Tony Burke MP said his ‘first task as Minister would be to listen’.

‘I want to hear from each part of the sector around the country [about] what they need to recover and rebuild. It’s pretty clear that a stocktake of this kind will be needed because it will take some time for the true impact of COVID on the sector to reveal itself,’ he said.

Speaking at the Reset: A New Public Agenda for the Arts conference on Friday (co-presented by the Arts Industry Council South Australia and three South Australian universities) Burke was frank about his decision not to make any election promises or policy announcements at the event.

Instead, Burke stated three key principals which he said would guide him as Australia’s next Minister for the Arts.

‘Last year, the other side of politics [made it clear they] don’t even see artists as workers. It doesn’t see arts companies as businesses. [To them] it’s all hobbies and indulgences. So let me start with a guiding principle that we would have in government, and I’m a bit embarrassed that this even needs to said: artists are workers and to be respected as workers,’ said Burke.

‘When we talk about the gig economy: artists are the original gig workers. We’ve been living in the world of insecure work for longer than many other industries. I’m really glad that our industrial relations policies – which Anthony Albanese announced last year – will help work in the arts and culture sector.

‘The measures include extending the powers of the Fair Work Commission to include employee-like forms of work, allowing it to better protect gig workers. Legislating a fair and objective test of casual work, and working with State and Territory Governments, unions, industry to work out whether or not there are areas where portable entitlements schemes for Australians can be delivered in insecure work,’ he said.

‘The Minister never misses an opportunity to put out a media release or try to get in the papers about another international movie or show that’s decided to temporarily set up shop in Australia … I welcome the overseas productions. I welcome to the jobs they provide. But it is trade policy; it is not cultural policy. These are not Australian stories.

‘What makes it worse, is at the same time that they’ve only cared about the Hollywood productions coming here, under the cover of COVID, government has been actively undermining and removing support to the incentives for Australian stories on the screen,’ said Burke.

‘Under the cover of the pandemic, Mr Morrison’s government suspended quotas, particularly for genres of Australian-made television, including children’s TV drama and documentaries … and now the government’s playing absurd brinkmanship with another piece of legislation that’s sitting in the Senate right now, which combines a welcome increase in the producer offset for television, but with some vicious cuts to other offsets that will affect Australian documentaries and the post production and visual effects sector.

‘They’re trying to hold the sector to ransom, saying, “Well, if you want to help this sector, you got to smash the other part of it.” Which to me just says everything about this government’s [lack of] respect for Australian stories.’

‘Labor’s been the architect of two cultural policies: Creative Nation under Paul Keating, and Creative Australia under Julia Gillard.

‘Labor believes in cultural policies for a really simple reason. Without them, you make the wrong decisions. Cultural policies give us a framework in which to develop arts and culture in Australia. They give us direction and momentum. They are a statement of Australian identity. Paul Keating understood that when he said that the task of Creative Nation was to pull the threads of Australia’s cultural life together, so that we can ride the waves of global change and create our own,’ Burke said.

Pointing out that it was almost a decade since the Abbott Government shelved the Creative Australia and failed to replace it, he added: ‘It’s clear the lack of a cultural policy has given the Coalition Government licence to either ignore the arts or to be actively destructive.

‘Post COVID, it’s clear that now, more than ever, we need a cultural policy to give us a framework we need to rebuild and the momentum to carry us forward.’

In his wide-ranging speech, Burke articulated a series of attacks made by the Coalition against the Australia Council and peer reviewed funding over many years, from the Brandis cuts through to the present day.

He also criticised the Morrison Government’s RISE fund, noting his concerns about the fact that Minister for the Arts the Hon Paul Fletcher MP has final say over how the funding was allocated.

‘I am deeply concerned about increasing processes where it is the Minister making decisions about artistic merit,’ said Burke.

‘I mean, that decision-making process is impenetrable. Why some miss out and others … make it over the line is a mystery. And the only answer to that mystery is two words: Paul Fletcher. Other than his name, we don’t know why these decisions were made.

‘There’ll always be media and public criticism at different points of decisions the Australia Council makes. But I would rather have peers be making decisions about artistic merits than Ministers, including when I’ve been Minister and when I intend to be Minister again,’ Burke said.

As Australia emerges from lockdown and states begin to reopen their borders, Burke noted that the nation is now at a crossroad.

‘As we emerge from the lockdown days of the pandemic, our cultural life will change. The change will be led by artists but the foundations for that change – the obstacles, the shortcuts, the quality of the canvas that is handed to artists – will be deeply affected by whether there’s a change of government of the next election,’ he said.

‘What the pandemic did was drive home how important the arts is for a lot of Australians. For their mental health and wellbeing, for their sense of identity. This is a moment worth grasping.’

Burke concluded by thanking the arts sector personally, for helping sustain him during the pandemic.

‘I’m one of the many Australians who has been carried by you during the madness of the last two years. I’ve played your music – I’ve played it on vinyl, I’ve streamed it, I’ve tried to play it on guitar and piano. I’ve streamed your shows. I bought tickets to online events. I’ve read your novels in the evening and your poems in the morning,’ he said.

‘I cannot imagine a time when I have been more reliant on your work.

‘So thank you for what you do. Thank you for the way you’ve carried us all. And I intend to be in a position where an Albanese Labor Government can soon show you all the same level of deep respect that you’ve shown us,’ Burke concluded.

This article is based on a speech given by Tony Burke MP at the Reset conference on Friday 12 November 2021.