In the second episode of our monthly podcast we speak about politics in art and the importance of reaching an audience both physically and online.
Richard Watts 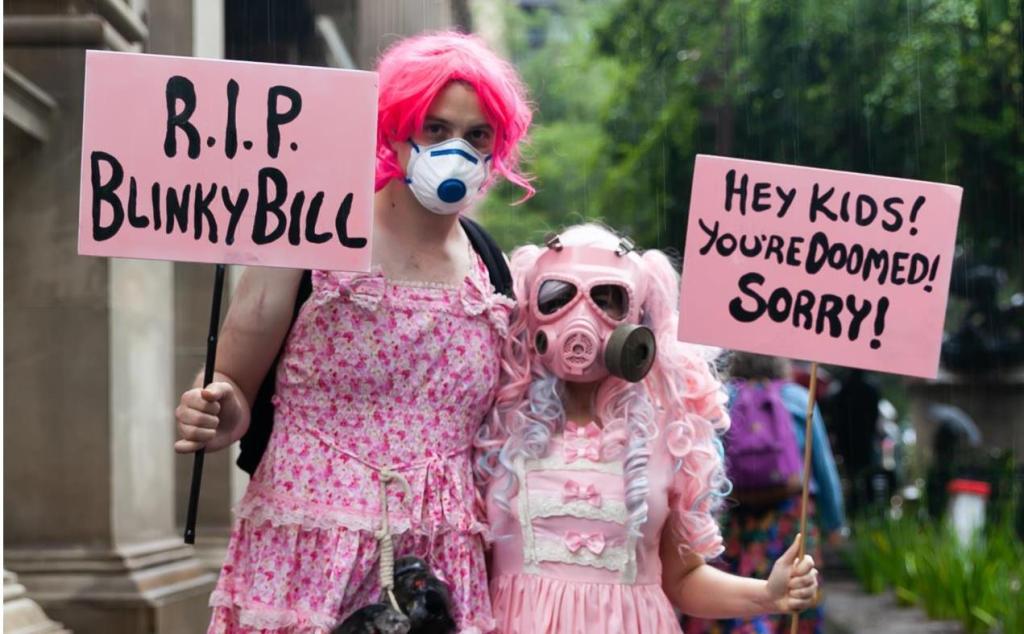 ‘We create conversations with each other which creates a bigger conversation. So I don’t have any real delusions that I’m going to change the world with art alone. But I think: this is art, the thing I know, and this is my way of adding to the conversation and influencing my little sphere,’ multidisciplinary artist and performer Jesse Ngaio told ArtsHub at a recent climate change rally in Melbourne.

Ngaio is one of several artists who spoke with The ArtsHubbub for episode two of our monthly podcast: Political activism in the arts – when do we want it? Now! Her approach to arts activism is pragmatic but realistic – Ngaio knows that working alone, she may not change the world.

But attending rallies and other demonstrations does more than allow us to physically embody our dissent regarding the current state of federal and global politics – it also sends a message to our peers, as visual artist Lyndal Jones explains.

‘We actually need to support each other in every way we can. And I think sometimes these kinds of rallies are as important for the people around us and ourselves as it is for anyone else watching,’ Jones said.

Each month, The ArtsHubbub features an in-depth interview with a significant artist about their practice and motivations. For episode two, our Reviews Editor Jinghua Qian spoke with Chinese-Australian artist Badiucao, who uses his art to criticise human rights abuses by the Chinese government – a move which has put both Badiucao and his family at risk.

‘The Chinese government has learned who I am … so there’s no way for me to hide anymore. And now the only way that I can keep my safety is actually doing more with my art and doing more publicity, so that I’m known by the public and I can receive more support,’ he said.

‘I’ve experienced incidents of being followed by suspicious people and strange cars, parking outside my residence and even a possible home invasion already. Which I report to the police of course, but the thing is that I think a lot of time the Chinese government is sending a message to say, you know, “We’re watching you and we know what you’re doing.”’

Badiucao encourages other artists to challenge authority through their creative practice.

‘We need more people standing out to be like me, to use art … or using other talents to fight for freedom and democracy,’ he said.

Don’t miss an episode: subscribe on your favourite platform