The healing power of hip hop

The core values hip hop include social justice, self-worth and community. Consequently it’s increasingly being used as a therapeutic tool with young people.
Alexander Crooke and Raphael Travis Jr
[This is archived content and may not display in the originally intended format.] 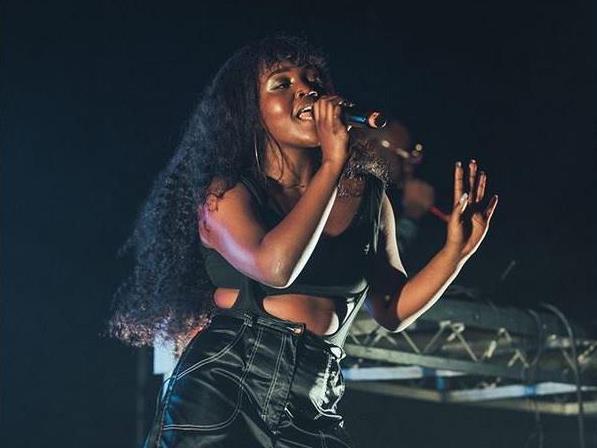 Last year, New York’s then police commissioner Willam Bratton was quick to blame rap music and the culture around it for a fatal backstage shooting at a concert by the rapper T.I. Ignoring wider issues of gun control, Bratton pointed at “the crazy world of the so-called rap artists” that “basically celebrates the violence”.

Hip Hop culture and rap (a method of vocal delivery popularised through hip hop music) have for more than four decades been bundled with a range of negative connotations, leading many like Bratton to equate them only with profanity, misogyny, violence and crime. Prosecutors in the US have labelled rap lyrics a criminal threat,
and numerous studies have been undertaken on the harmful influence of hip hop on kids.

There’s no denying that the lyrical content of hip hop is confronting, and in many instances, it includes the glorification of violence, substance use, and gender discrimination. But while many people struggle to look past the profanity, materialism, and high-risk messages often celebrated within mainstream rap music, hip hop culture at its core, is built on values of social justice, peace, respect, self-worth, community, and having fun. And because of these values, it’s increasingly being used as a therapeutic tool when working with young people.

School counsellors, psychologists, and social workers have helped to normalise the option of integrating hip hop within mental health strategies. Indeed it has become central to the work of one group of psychiatrists at Cambridge University, who under the banner of “hip hop pysch”, use it as a tool in promoting mental health. Some have even called rap “the perfect form for music therapy.”

Born in New York City, hip hop culture is now a worldwide phenomenon. You’d be hard-pressed to find any country that doesn’t have some kind of hip hop scene. This new reality is driven by two factors. One is the commercialisation of the culture as a commodity, which has made it one of the most influential industries in the world with its own Forbes rich list.

The other is that hip hop remains accessible and grassroots. At its simplest, you can make a beat with your mouth – beatboxing – or on a school desk, and create or recite lyrics about anything without singing. The proliferation of cost-friendly, music-creating software and hardware puts more involved participation in reach, and allows flexibility in creativity and even pathways to entrepreneurship.

Marginalised communities the world over resonate with the ethos of resisting exclusion or discrimination and fighting for equity and justice. Others just love the beats and lyrical flow. Beyond beats and rhymes, there’s also something for everyone: B-Girls and B-Boys dance, DJ’s scratch and mix, and graffiti artists draw and write. Combined with emceeing, or rapping, these are the four basic elements of hip hop, with the fifth being Knowledge of Self: the drive for self-awarness and social-consciousness.

This accessibility and inclusivity makes hip hop such an effective therapeutic tool for working with young people. It’s a style most feel comfortable with and it provides a way to build rapport between client and therapist. The lyrical content is a vehicle for building self reflection, learning, and growth. Whether analysing existing songs, or creating new content, the vast array of themes found in hip-hop songs enable therapists to access topics that may otherwise be hard to talk about.

The repetitive, predictable nature of hip hop beats is also said to provide a sense of safety, particularly during song writing, and lyrical and musical improvisation. Therapists suggest this provides a sense of dependability for those with little regularity or safety in their everyday lives; something supported by research linking music engagement and self-regulation.

In his US-based research, Dr Travis has shown that, despite negative associations, many who listen to hip hop find it a strong source of both self and community empowerment. More specifically, the benefits to individual mental health, in areas of coping, emotions, identity and personal growth, can help promote resilience in communities.

In Australian school settings, Dr Crooke has found hip hop to be a positive way for students of diverse backgrounds to engage with their wider community, learning tasks, and schools more generally. In a recent (yet to be published) study, he also explored the benefits of a short-term intensive hip hop and beat making program for young people labelled oppositional, seriously disengaged or at-risk of exclusion.

Results showed students were not only highly engaged in learning through the program, but exhibited positive self-expression, built significant rapport with facilitators, and strengthened social connection amongst each other.

Hip hop emerged as a reaction to the gang culture and violence of the South Bronx in the 1970s, and daily experiences of poverty, racism, exclusion, crime, violence, and neglect. It necessarily embodies and values resilience, understanding, community and social justice.

Yet, the hip hop project is not yet free from these difficult circumstances. Many communities around the world still battle the effects of discrimination, segregation, and injustice. Hip hop is often a potent voice to these lived experiences. One of its original, primary strengths was that it allowed young, creative Black and Latino youth to create art that reflected the reality of their lives, of the neighbourhoods around them, and of the wider social circumstances in which they found themselves. In the words of US artists N.W.A. they were making the most out their basic human right to “Express Yourself.”

We may be several decades on, but there are plenty of young people that still need to do the same.

Hip hop is neither a panacea nor a cure all. It is not perfect, but its promise is undeniable. It is a culture with complicated social and historical roots. And it should not be appropriated without acknowledging, respecting and addressing these, because it is precisely these origins that make is so important. Its complicated history enables us to critically reflect on our society, and forces us to face issues of race, privilege, class, and cultural appropriation.

Given the urgency of our need for equity, justice, tolerance and critical civic engagement in today’s society, we need to challenge our preconceptions about hip hop culture. It is perhaps one of the most important and generous movements in our world today.

Dr Alexander Crooke holds a Postdoctoral Research Fellowship with the Melbourne Conservatorium of Music at the University of Melbourne, in which he is investigating the sustainability of school-based arts projects. He has completed a PhD at the University of Melbourne in the fields of music therapy and social policy. Dr Crooke also has an academic background in sociology, political science, and behavioural science. He has undertaken research and published in disciplines spanning Hip Hop and beat making, to the role of technology in addressing adolescent mental health. His current focus is on exploring benefits and challenges of school-based arts programs, specialising in issues of sustainability, psychosocial wellbeing, and policy. Dr Crooke also holds sessional lectures for music therapy masters course at the University of Melbourne, and consults in areas of research, evaluation, and policy. Dr Crooke has a strong interest in multidisciplinary collaboration, and commitment to undertaking work which promotes social justice, community development, psychosocial wellbeing, as well as cultural recognition and diversity. Dr Crooke is open to collaboration in meaningful research, as well as social and artistic endeavours. Raphael Travis’s research, practice and consultancy work emphasizes positive youth development over the life-course, resilience, and civic engagement. He also investigates creative arts, especially Hip-Hop culture, as a source of health and well-being in people's lives. Dr. Travis is an Associate Professor and BSW Program Director at Texas State University in the School of Social Work. Dr. Travis is the author of “The Healing Power of Hip Hop” and his latest research appears in a variety of peer-reviewed academic journals. Dr. Travis wrote the book, The Healing Power of Hip Hop (Intersections of Race, Ethnicity, and Culture), with three main goals in mind: to help people understand how hip hop changes life, and that hip hop is a fuel for improvement; to introduce people to a new generation of leaders who he calls “cultural ambassadors” or people who understand how hip hop can be used positively; and to appreciate the research and celebrate the richness and the empowering aspects of hip hop as a culture. Dr. Raphael Travis Jr., LCSW, holds degrees from the University of Virginia, the University of Michigan, and the University of California at Los Angeles.