MONA FOMA and Brisbane Festival celebrate the hyperlocal at Visions 2020 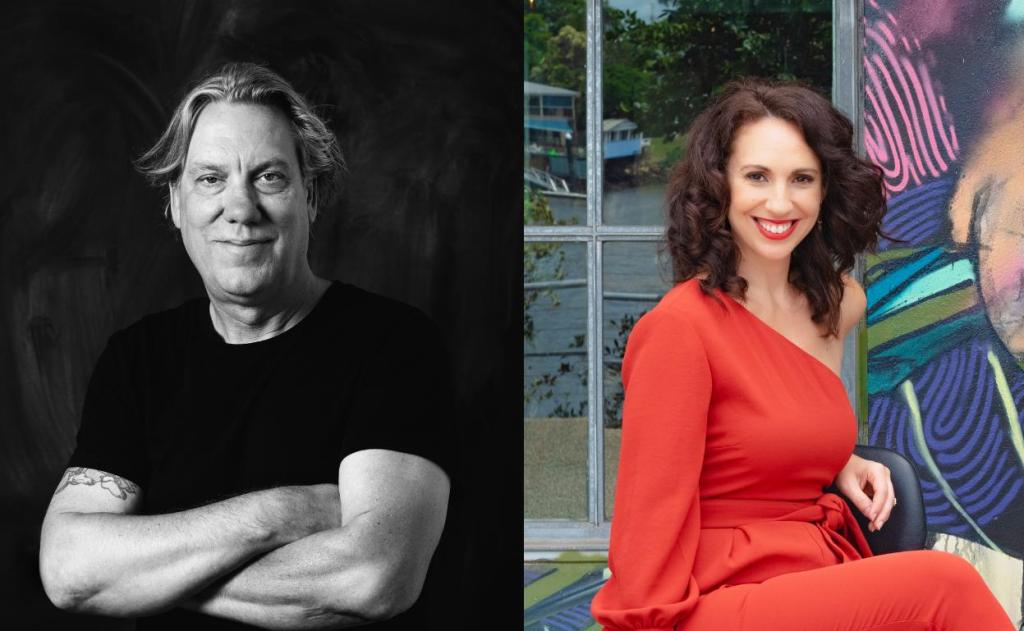 ArtsHub’s Visions 2020 conference is bringing together the arts sector to map out thriving futures across artforms and across the country.

Joining the vital discussion are festival directors Brian Ritchie and Louise Bezzina, to talk to the topic of hyperlocal arts. Both MONA FOMA (Museum of Old and New Art’s Festival of Music and Art) and Brisbane Festival have rolled with the COVID changes to produce festivals that once featured international artists but which are now centering Australian artists.

Brian Ritchie has been curating MONA FOMA, which combines music, sound art, visual art, dance, spoken word and theatre, since 2007. As well as being a seasoned curator, Ritchie is himself a multi-instrumental musician whose career spans from the Violent Femmes to collaborations with the likes of Rodriguez and Lou Reed.

Ritchie understands the importance of the international experience to an artistic practice. He recently told ArtsHub, ‘International engagement is like alcohol, coffee or sex. You don’t need it until you’ve had it. Then living without it becomes difficult!

‘We [Violent Femmes] recorded a landmark album before we had interstate engagement, forget about international. It was a personal and local statement. This propelled us on a journey around the globe which had profound consequences. For me, this included relocating to Australia. Making music internationally with global musicians has been my reality.’

With MONA FOMA Ritchie has been programming ‘glocally’ since the festival’s inception, with high engagement of local communities in Hobart and Launceston, as well as attracting award-winning artists and audiences from around the country and the globe.

As Bezzina took the helm of Brisbane Festival, she was acutely aware that the local community would play an important part – even more so once COVID-19 began to impact.

Speaking with ArtsHub ahead of her first festival, Bezzina rejected the idea that the festival should be moved online.

‘When I was asked I just said, “Well, I’m not that artistic director.” And that’s not being flippant. I was really serious because I am 100% not interested in it,’ she told ArtsHub. Instead, she and her team created a festival that put art onto the streets of Brisbane, from drive-in performances to the Socially Distanced Dance Club, featuring 490 performances that stretched across 190 of the city’s suburbs.

In many ways COVID-19’s limitations have been a chance to rediscover local artists rather than featuring international names to draw audiences.

Bezzina said: ‘I think that it would be pretty dire for our local industry if we didn’t have anything that was employing so many artists, something that’s a real incubator for a whole lot of new work.’

It’s a renewed enthusiasm that Ritchie sees as an opportunity out of the crisis. ‘Art is more imagination than interaction. Some artists never leave their home. COVID makes us swap habitual peregrinations for local engagement. Let’s embrace this and develop robust homegrown scenes. International engagement is exhilarating but we should create no matter how small or wide our circles are,’ he said.

Ritchie and Bezzina will think through and tease out creative case studies from their experiences at these two esteemed arts festivals, as well as exploring the idea of a hyperlocal future for the arts.

A sneak peek at our program

Some of the sector’s best minds will be at Visions 2020 to pick apart and put back together our present, and create compelling visions for the future.

Visions 2020 aims to be practical and positive. It will look at the future of arts funding and how to create solid bases outside of government funding to create thriving self-funded arts models. In a year where colonial preconceptions and racism have been more visible than ever, Visions 2020 will be exploring what cultural safety in earnest looks like for arts practices and decision-making.

And while the Zoom boom has made it easier to attend events, some artists and audiences continue to be excluded, as accessibility is still an afterthought. As we move into COVID-normal, the conference will look at how we can explore enriched accessibility as a starting point for the arts.

Looking into the future in any capacity also sees the climate crisis loom large, and the arts must have a role in environmental action, reducing our own impact and advocating for change.

With artists and arts workers leading these vital conversations, Visions 2020 explores how we can move forward from this year, engage audiences in difficult issues, and create futures that flourish.

Not a member? Check out the ticketing and membership bundles.