Even through troubling times these comedians prove that laughter is always the best kind of medicine.
Andrea Simpson 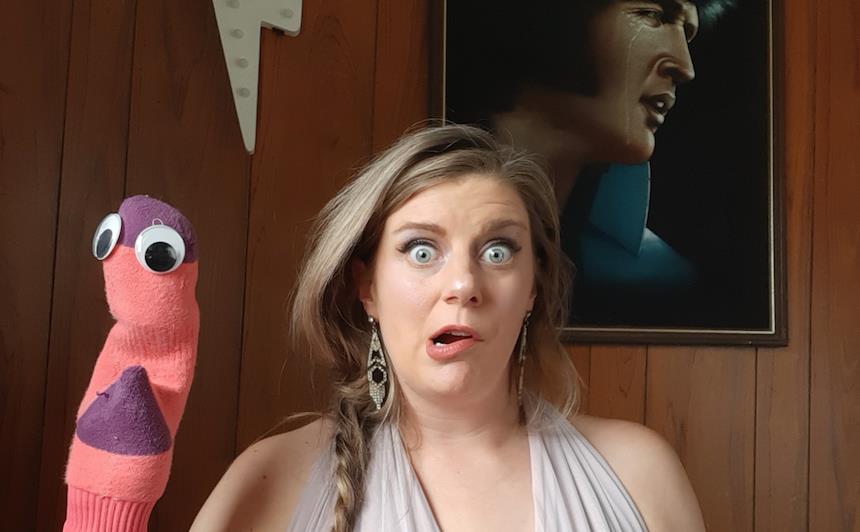 Due to the quick-moving coronavirus, venues and festivals in Australia were shut down leaving artists to face unprecedented career and financial uncertainty. The cancelation of this year’s Melbourne International Comedy Festival hit many hard, however, Aussies are a creative and resilient bunch, and Aussie comedians even more so.

‘I had a show in the comedy festival for the full run that was cancelled,’ comedian Lauren Bok told ArtsHub.

‘Within days of the MICF cancellation I decided to release my previous shows online for purchase,’ Bok said. ‘[I] also created a personalised boutique performance experience using my skills as a burlesque artist and as a kid’s performer. At the time, my first instinct was to recoup losses from my investment in a full show run … now it feels more like an impetus to be creative in between continuing to work from home.’

Australian comedians are pumping social media with the best type of content. Comedian Josh Glanc is using Instagram to connect with audiences after his 2020 tour schedule was wiped out.

‘I had just started a three-week workshop with UK-based theatre company Spymonkey when news of a potential Corona lockdown broke,’ Glanc told ArtsHub. ‘By the end of the week the workshop had been cancelled, and all my performing work for the next six months had also been scrapped.’

With closures in place, Glanc took the time to slow down and work through projects he had been putting off. ‘I’m finally editing a comedy short I filmed two years ago. There is no way I would have finished the project if it wasn’t for the forced lockdown. The footage is fantastic, and I will be releasing it across all my social media platforms,’ he said.

Rien explained to ArtsHub: ‘I’ve been writing sketch comedy for four years, and talking about starting my own online comedy channel for nearly that long. I’m aiming for social satire in most sketches, but also some pure silliness, which is why I’ve opted for a vague, absurd name – so the project has room to grow in whatever direction.’

‘Obviously, I’ll be making COVID-related content for a while, because that’s what everyone’s thinking and talking about, but I hope it’s always clear I’m making light not of the virus itself, but of the way certain people react, or fail to react, to the new reality,’ she said.

Rien also wanted to acknowledge the collaborative efforts of comedian Bryan Pike, who sings the Grey Nomad song. ‘For this song parody, I sent him the lyrics and the karaoke track, and he did everything else. He’s an incredibly versatile and inventive comic actor, who put in hours of work on this track.

‘I think this demonstrates how creatives are finding ways to collaborate, using our existing connections with each other. Melbourne’s writing/performing community is so strong and mutually supportive, I know we’ll bounce back from all this somehow,’ she said.

You can find the hilarious Lauren Bok on her website: laurenbok.com where you can purchase Bok’s new comedic offering Bungalow Burlesque! There are also Bok’s past MICF shows, and fun videos for kids: Bungalow Boogies.

Follow the misadventures of Josh Glanc as he presents the hotly anticipated music video Bread for Ears by Bread Boy. Bread Boy is all attitude, and certainly self-raising. Glanc’s escapades can be found on his Instagram page.

Available on YouTube, you can follow the story of Australia’s ‘Best-Known Unknown Actor’ Fishlace Jones (Charlie Ranger) as he takes a masterclass with five actors. Ranger told ArtsHub: ‘The decision to take Fishlace online was a natural progression of what I’d already been doing on stage, mirroring what a lot of drama schools and institutions are putting out these days.’

This web series is a deep-deep-dive into the bizarre world of performance. ‘At the moment I’m looking to take the character in different directions, and that’s in part due to the current worldwide situation obviously. So for the immediate future I’m looking to engage with audience’s in a way the entire arts community has been forced to, online,’ he said. ‘Fishlace is always going to be trying to get the best out not just his actors, but civilians as well.’

Comedy duo Matthew Kelly and Richard Higgins are The Listies. Presenting Wash Your Hands, a giggle-worthy LIVE aid-type comedy clip that features many favourite comedians with Zoe Coombs Marr bringing the best of her silliness. Be warned this is a hilariously catchy tune.

The Listies have also offered: Make You LOL, an online live show that is a ticketed pay-what-you-feel donation. Check out the Listies YouTube page for more side-splitting content.