How to successfully promote your arts practice on TikTok

Dancers, actors and artists are turning to TikTok to gain audience reach to promote their practice. We speak with two artists who have successfully adapt their practice for the platform.
Sabine Brix 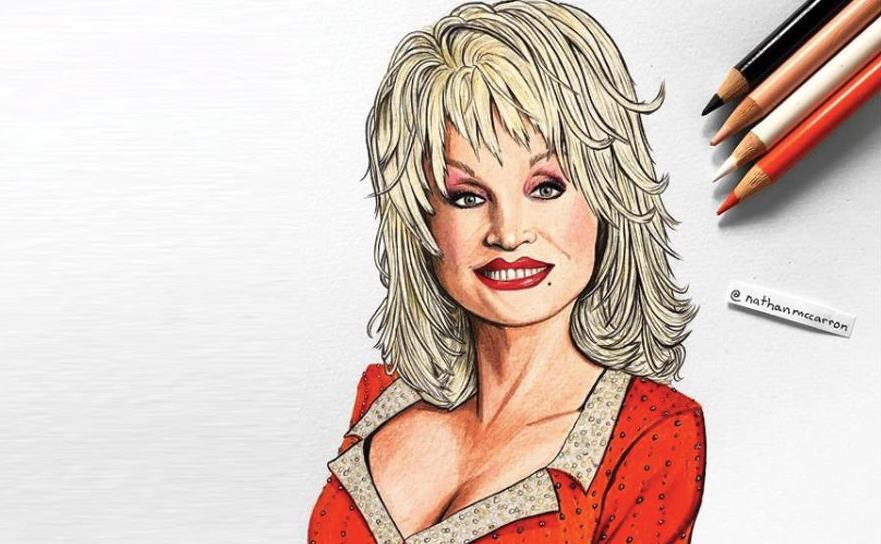 Social media giant TikTok has now become a way for millions of people to express themselves creatively through short videos ranging from 3-seconds to 1-minute, whether that be through comedy, art, instructional videos, or dance videos, which was how the app began.

Get creative in filming your practice

Artist Nathan McCarron gained 700,000 followers in the past year alone on TikTok, and began using the platform during lockdown as a way to showcase his drawings while he was an unemployed actor.

His creativity and ability to tell a story has seen his follower base continue to grow. Training as an actor has certainly helped McCarron in being able to structure his videos. Paying attention to lighting and editing short sharp cuts has made the videos dynamic and he continues to attract followers.

‘You can’t just draw a drawing and then post the finished result as you would with a photo on Instagram,’ he said. ‘You have to film the work coming along and go on a journey for a good 30 seconds. So at the end of 30 seconds, you’ve got a finished product and it makes people want to watch the whole piece as opposed to going:  “Oh, this is going nowhere or, I’ve already seen the result.”‘

Some of McCarron’s popular pieces are brightly coloured pencil drawings of celebrities which include Will Smith, Princess Diana and Lady Gaga. He also recently paired a drawing of Will Smith with an accompanying rap he made in 15 minutes which gained over 1 million views.

He explains how he’s adapted his drawing to coincide with filming the TikTok videos.

Choreographer Leah Howard has worked on local and international musicals as well as commercials where she’s used to devising short routines, but her latest assignment – choreographing a routine for the TikTok Mardi Gras Hashtag Challenge #JoinOurFloat – has made her approach choreography in a new way.

‘You have to think about how people film through TikTok, nobody really films a full body,’ she tells ArtsHub. ‘Most of the time the phone is on a selfie ring, and it’s a mid shot. So, choreographing anything, sometimes below the hips is pointless, like extra footwork.’

‘It’s a challenge because as choreographers we are so used to creating for the bigger picture and for a lot of storytelling to come through. Whereas this is really instant, it’s really quick. And you have to make it easy and adaptable for everybody to do,’ said Howard.

The Mardi Gras Hashtag Challenge took Howard two weeks to complete while she filmed a dancer and went back and forth with TikTok to figure out how to trigger effects and adapt the routine for the platform. The hashtag challenge allows users to film themselves doing the dance through TikTok, with the videos to later be collated and shown on the big screen during the TikTok float at Mardi Gras.

With the longest video on TikTok being up to a minute and the shortest coming in at a few seconds, there’s little time to engage with an audience so creativity is everything.

McCarron starts each video with his personal signature, holding the drawings up to the camera so people can view the artist behind the work.

‘I create a slideshow, but I zoom in and out of the drawings. The style that I film in is very unique. No-one has done that before. I wasn’t trying to be unique. I just tried to film it in the best possible way I thought would showcase my work,’ he explains.

‘I think what works is the individuality. I mean, I found a niche in pencil art – it didn’t have anything to do with dancing and yet I’ve taken off and got a good following because I just did my own thing and ran my own course and I never try and compete or copy anybody else.’

Like McCarron who has drawn experience from his acting background to create a story, Howard was able to draw on her ability choreographing for children in the TV series Hi-5 to be able to create a dance for TikTok that is accessible to people who may not have a background in dance.

‘It’s got to be easy to pick up on the first look. I don’t think people are going to spend days trying to learn choreography,’ she said.

The experience has been positive for Howard, allowing her to think less technically and for a completely different audience.

‘It’s a hard concept, I still am trying to get my head around it,’ she says of choreographing for TikTok.

‘What I think is easy and fun, may not be for someone else. Everybody’s musicality is very different and so people pick up on different things within the music and within the choreography that they feel, which is exciting, but you’ve got to have a lot less technicality to it.

For McCarron, TikTok has demonstrated that there is a social media platform where people can be authentic.

‘I think what people find refreshing with TikTok is that it’s not so superficial, and it’s not so vain as other apps anymore,’ he said. ‘There’s no pressure on TikTok to be someone, you can just do what you want without that pressure.’