After 15 years as Executive Director of the Victorian Association of Performing Arts Centres, Ryssenbeek has stepped across into a part time role with the organisation.
Richard Watts 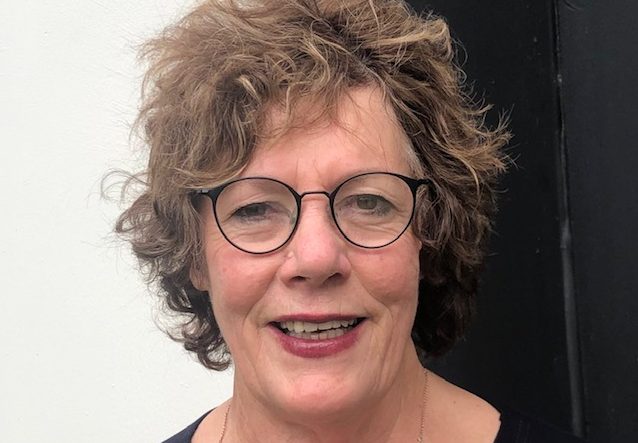 Jenny Ryssenbeek has enormous admiration for her colleagues, and enormous respect for the work of Victoria’s network of performing arts centres. Image supplied.

A combination of personal reasons and the demands of a changing industry environment have led to Jenny Ryssenbeek stepping down as Executive Director of the Victorian Association of Performing Arts Centres (VAPAC) after 15 years in the role.

‘What VAPAC is delivering has been highly valued, over the last two years particularly. And during a review of our strategic plans, and all the other things that we’ve been putting in place to actually look at funding opportunities and where we’re going, it became very apparent that the role needed to be full time,’ Ryssenbeek said.

‘And in many ways, that was not something that I wanted to step back into.’

Ryssenbeek’s tenure as Executive Director of VAPAC – the peak body for performing arts centres in Victoria and with over 65 member venues, some based in Tasmania – began in 2006.

‘I’d been working incredibly happily in that role since, and am still very much engaged with the organisation, but we need new thinking, new resources, new ideas,’ said Ryssenbeek, who has ‘very happily stepped back into a three-day a week role,’ co-ordinating VAPAC’s membership services and events.

VAPAC’s new Executive Director is Patrick McCarthy, who started in the role earlier this month. Is there the potential for trouble at the organisation, given that Ryssenbeek will be working alongside her successor? Could her presence potentially intimidate McCarthy?

‘That’s a fascinating question and I must say, I have spent some time myself trying to answer that for myself. And really, by far the simplest decision that I made – to make the situation easier for both of us – was to say, “Well, if I want to remain actively working within VAPAC then what do I really want to do? What’s going to be my role?”’

Her response was to rewrite – with the agreement of VAPAC Chair Tammy Ryan – the position description for her new role.

‘It very clearly delineates – from Patrick’s point of view – what my role is and gives him very much free rein … you could probably see it as a long handover,’ Ryssenbeek said.

‘So I don’t believe it’ll me standing behind him saying, “I wouldn’t have done that.” It’ll be more a case of collaboratively working to provide the best way forward for VAPAC with input from both of us.’

VAPAC has always delivered professional development programs, but after the devastation wreaked by COVID on the performing arts sector – with shows cancelled and closed borders disrupting long-established touring networks – such programs take on new significance.

‘We will be working with partners to deliver events, probably in more depth than we have in the past. For example at the moment, I’m just in the throes of planning a meeting that we’re going to be delivering in March next year at Geelong Art Centre, in partnership with Music Victoria and looking at programming contemporary music in professional venues,’ said Ryssenbeek.

‘That’s an area that we have tapped into in a small way previously, but having more time and more capacity to actually plan, this gives me that the scope to be able to build this into a much stronger program, which will deliver more depth of knowledge for our members.’

The many performing arts centres owned and operated by local councils across Victoria and Tasmania were especially hard-hit by COVID, as they weren’t eligible for JobKeeper.

‘In many ways, local government has been totally ignored. Now, rates will still be paid and so local government continues on, but the biggest challenge always when you’re running a theatre in local government is that you constantly are pushed to demonstrate the value of what you’re delivering to your community, because the venue costs money. And if you aren’t open and active, then that puts enormous pressure on the staffing and the delivery and the operation of the venue.’

The damage to the sector that’s occurred as a result has been ‘phenomenal’ and its extent and impact hasn’t yet been fully recognised, Ryssenbeek believes.

‘There has been a lack of recognition, I think, in terms of the impact on the experienced staff that have been lost at our venues during the pandemic when activity has really slowed. There’s been a huge amount of strategic planning and thinking and development work going on, but for many venues, they’ve been under enormous pressure because there’s been no on stage activity for months on end,’ she said.

Nor does she think there’s been enough recognition of the hard yards venue operators have put in over recent months, to ensure they were ready to reopen.

‘Our venues have been training to reopen under local government regulation and state government rules for probably a year. And they really have the resources and the capacity to do that, but it’s been incredibly difficult to implement that process. And I think there’s been a lack of appreciation as to how much effort has gone into training and preparing for – and recognising the requirements for – reopening venues in that time.’

Ryssenbeek was uncomfortable when asked to name her proudest achievements and reflect on her legacy as VAPAC’s former Executive Director. ‘Is that for me to say? I wouldn’t have thought so,’ she laughed.

Instead, she focused on the organisation’s growth and transformation during her time as Executive Director.

‘I would like to think that the network has worked together as a more collaborative body across the board – understanding the strengths and the weaknesses of all the different sizes and diversity of our network.’

That understanding of the network’s needs was driven – literally – by her time on the road. ‘I would have driven anything up to 50,000 kilometres a year for VAPAC visiting members and meeting people and understanding where they’re coming from, which for me has informed a lot of the issues that we’ve identified within the network. And that’s been an incredibly rewarding experience for me, but it’s also enriched my capacity to be able to work with the network and our understanding what the issues are that people are dealing with.’

As to regrets, Ryssenbeek points to the events of 2020 and 2021. ‘During the last two years, so many amazing performances and highly skilled staff have been lost. Wonderful opportunities have been lost. And I think that really, that has told on the venue teams very strongly.

‘My greatest observation of our industry at the moment is that there’s an extreme sense of weariness.

‘At the beginning of 2021, there was a sense that “Well, 2020 was bad but that’s the end of that,” but 2021 has been as difficult if not more so, because there was an expectation that things were going to improve, we were going to open up. It’s been so demoralising,’ she said.

So what does Ryssenbeek think the future will look like? ‘That’s an interesting question,’ she said.

Realistically, she believes it won’t be until mid-2022 that performing arts centres will have a clear picture of what work is available for programming and touring, and how audiences are placed to make such programming viable.

‘By the middle of next year is when we’re visualising that things will start to become much clearer. But there’s still a lot of uncertainty as to where we’re really going to be,’ she said.

Despite such uncertainty, Ryssenbeek is clearly excited about the possibilities her new VAPAC role entails.

‘I have enormous admiration for the people I work with and a high sense of mutual commitment to what our network delivers and how challenging the roles are that our venues play,’ she said.

‘I look forward to putting the emphasis into ensuring that the professional development programs that we run and the membership services that we’re delivering at my level, meet those needs as well as they can and continue to build the professional capacity of our sector, particularly through our network,’ she concluded.