Climate inaction is the greatest monster in the biennale closet

Curator of the Adelaide Biennale, Leigh Robb gives us a sneak peek into her exhibition, where the artists drag our contemporary monsters over the coals.
Gina Fairley 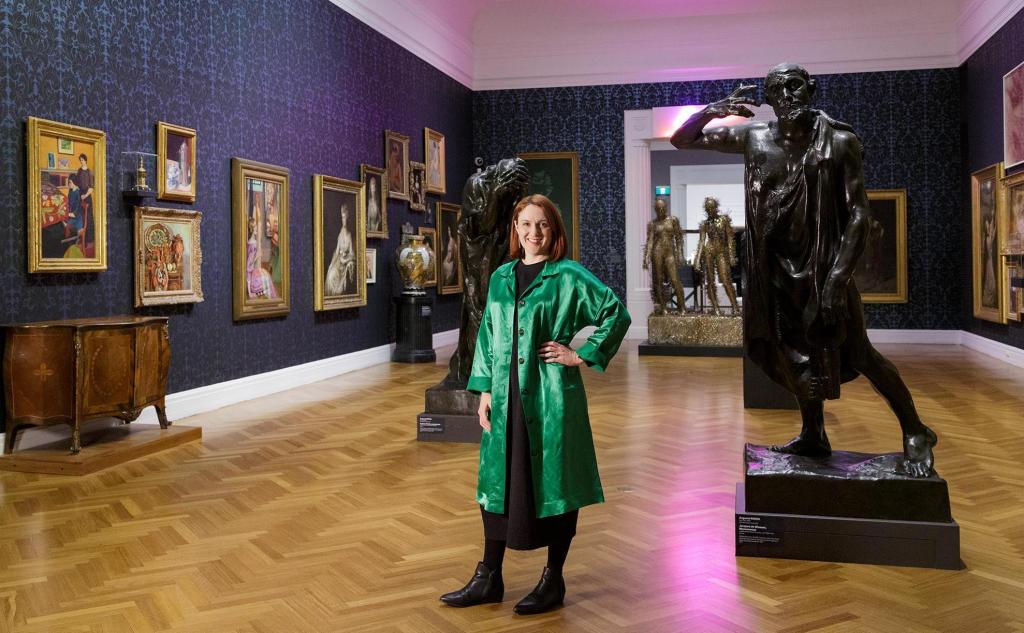 We live in the time of monsters. From climate deniers, to presidents worthy of impeachment, to zealots and racists – our contemporary anti-heroes could well be the monsters of our era.

And yet, popular culture, films and literature, still frame monsters within a fantastic reading of vampires and ghoulish rogues – their theatres far from reality.

For the 2020 Adelaide Biennial of Australian Art, curator Leigh Robb has invited artists to ‘make visible the monsters of now’, for her exhibition titled, Monster Theatres, opening at the Art Gallery of South Australia (AGSA) later this month.

Robb described: ‘Monsters ask us to interrogate our relationships with each other, the environment and technology. They force us to question our empathy towards difference across race, gender, sexuality and spirituality.’

Timed to coincide with the Adelaide Festival, the Biennial is celebrating 30 years as the touchstone to contemporary art practice in Australia – one that has shaped the careers of over 460 artists during its history.

‘Often things tend to endure because they are important, and they create an opportunity to pursue the big ideas,’ Robb said.

With an enviable international career and a string of celebrated exhibitions behind her, this is Robb’s first biennale. She told ArtsHub: ‘You have to be scared of it to some extent.’

Working in Venice (Italy) and watching those big biennales unfold for over a decade, Robb said has made a conscious decision to present less artists, and give them more space and resources for her version of the cyclical exhibition.

‘Seeing the length the artists go to is really inspiring – and you will be able to feel that in this exhibition. Whether it’s a form of slow looking, or slowing down the transit through, I have created discrete chambers or theatres for each artwork, which means that you can have a deep dive. It has been like curating twenty different solo shows,’ she told ArtsHub. 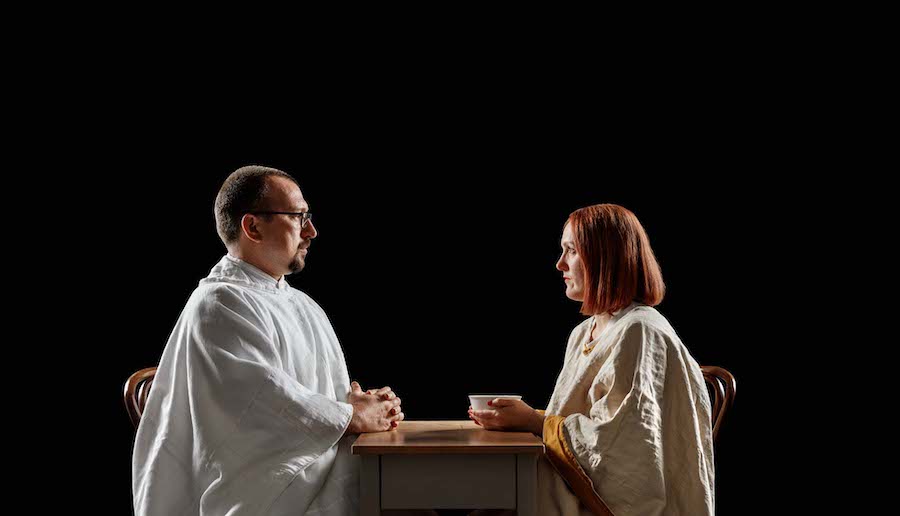 Artists have the capacity to capture the pressure points of society. When asked whether these contemporary monsters perhaps hold back civilised society, Robb said that in her research around monsters, she found they were always defined by the conditions of our times, and were always propelling forward with the now.

‘When we talk about Monster Theatres we are also thinking about space – aka the monster in the room with you. Artists tread that territory. Whether we are looking at habitation loss, deforestation, ever-expanding capitalism, or a post-human future, artists are the silent witness questioning accountability,’ said Robb.

‘(When curating a show like this), you are obviously trying to create open conditions for new work that is topical. All the artists are facing this shape shifting reality, and I have been led by the urgency in their work,’ she added.

Artists have always been the oracles, the visionaries in that sense – their antennas are so high.

Three artists, among the 20 selected for the exhibition, who deal with monsters in an environmental context, and adjusting their work to be more responsive and sympathetic to our ecological crisis, are Megan Cope, Mike Bianco and Yhonnie Scarce.

Cope is a Quandamooka woman from North Stradbroke island currently living in Melbourne. Her new work for the Biennial continues and expands her RE FORMATION series, where she recreates shell midden sites desecrated by early colonists.

She asks, if the land could sing what would that song sound like?

Speaking about her work for Adelaide, Cope said: ‘The monsters for me are the warning signs that reveal themselves whilst the Colonial Beast chews the fat of the land, the warnings and aberrations are audible but located far from any centre of the so called civilised.’

Robb added that Cope’s work has moved into a new place of exploring ‘death songs’.  ‘We have been locating South Australian rocks for Megan, either blasted or retrieved through mining. She has created wire baskets woven from string instruments donated by conservatoriums around the country. They suspend the rocks, and the various instruments are tied off with huge drill bits. It is completed with a haunting sound track.’

The death song takes its cries of the yellow stone bush curlew, which is endangered due to land clearing. Robb said she was interested in the different ways that warning are made manifest across the exhibition by the artists. 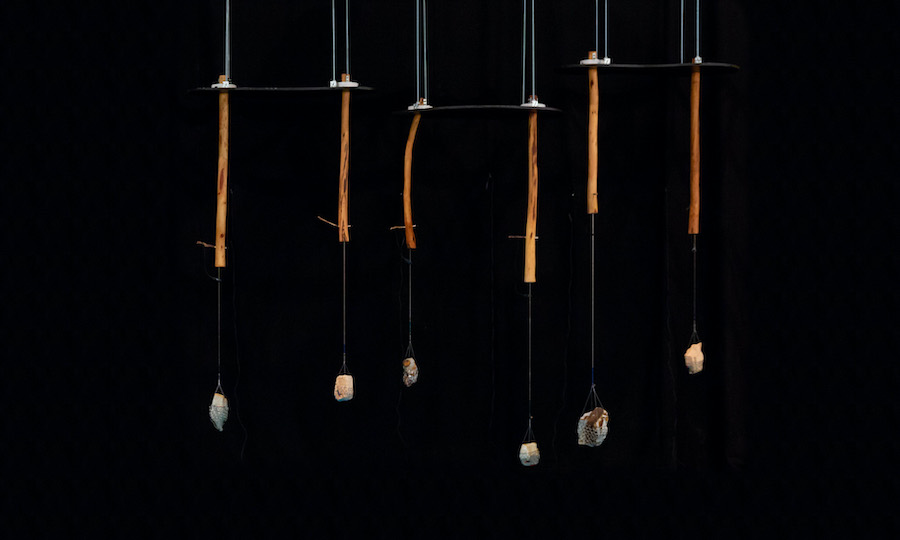 Similarly, US-born Mike Bianco also uses sound to draw upon on the politics of ecology. A multidisciplinary artist now based in Perth, he has titled his work for the Biennial, Anthrocomb.

He explained: ‘My monster is Homo Apis, the chimeric form of human and honeybee bound in the spectre of ecological collapse. This is my monster as it embodies the deeply enmeshed ecological relationship we have with the more-than-human world and troubles our sense of hubris which places us as a species at the centre of the universe.’

Bianco told ArtsHub: ‘The practice of keeping bees is a reminder of our species’ innate ability to care for others and the land. Now, perhaps more than ever, I think we need to reconnect with our ability to be good keepers, and to practice radical hospitality with all forms of life.’

Robb explained of Bianco’s installation: ‘Mike’s work will be something of a pavilion of transformation that approximates a very close encounter with a live bee hive through this incredible bee bed, which contains around 50,000 bees.

‘You lie atop it; your eyes are covered from the light, and you can hear the bees as they move in and out of hive. The scent is really pungent; the warmth, sound and vibration of the hive confound moment of contemplation.’

There will also be a performative encounter where audiences can drink pollen tea from a bowl, which Bianco has produced with Adelaide organisation, JamFactory.

‘It is also about healing, and time to really make us rethink what we value and how we work with the world and take care of the environment,’ said Robb.

Not a stranger to using art as a mode of healing, Adelaide artist Yhonnie Scarce will also be continuing her work’s environmental tone for the Biennial, looking at the effect of mining. She has made an impressive new glass installation that, for the first time, uses the bush banana, larger in scale than her previous use of the yam motif.

Appropriately, Scarce’s work will be presented in the Dead House within the Botanic Gardens, originally the morgue for the Adelaide Lunatic Assylum, which was located in the gardens.

Robb added that five projects will be presented this year in the gardens for the Biennial in a special partnership with the Museum of Economic Botany, indeed adding a further prescient layer to this conversation about contemporary monsters and our ecological future.

The 2020 Adelaide Biennial of Australian Art: Monster Theatres will be presented 29 February – 8 June, with the vernissage opening weekend of artist talks will be held from Friday 28 February – Sunday 1 March.