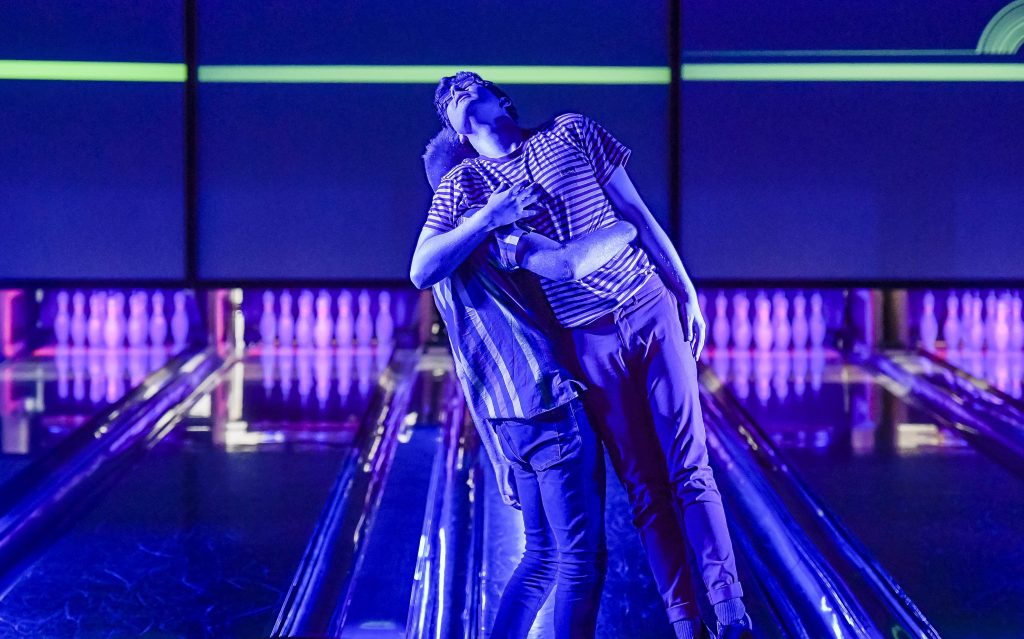 Michelle Ryan, Artistic Director of Adelaide’s award-winning Restless Dance Theatre, credits the ‘amazing and unique artists that we work with’ as the secret of the company’s enduring success.

‘The development of [the dancers’] artistry over 30 years has got them to a point where everyone is wanting to see what the Restless dancers can do,’ Ryan told ArtsHub.

Founded in 1991, Restless works predominantly (but not exclusively) with dancers with intellectual disabilities.

The company was founded by pioneering dance artist Sally Chance (whose practice has since shifted to focus on creating art for audiences in their early years), who established Restless as a place where it is an advantage to have a disability.

Chance also established the company’s core methodology, where disabled and non-disabled dancers create high quality work together out of their movement responses to creative challenges.

‘It is absolutely a collaborative artistic process,’ Ryan explained, ‘which I think for me as an artist is also far more interesting than just one vision. I love working with the dancers because their responses are often so left field, or out of the way I would have been thinking about things, and that can be a really amazing moment from an artistic point of view.’

While some genres of dance strive for unity of movement from a cohort of dancers who are physically of the same body shape and height, Restless has a very different approach.

‘It’s about representation on stage so that audience members can actually identify themselves within the performers. And I think with the Restless dancers, all their different shapes is actually one of our strengths. Everyone can move in certain interesting ways and each dancer has their own personality and their own way of moving,’ Ryan explained.

‘And for me, that’s really important, because it shows difference on stage and celebrates diversity, whether that’s in physical bodies or in other ways. I think that’s really relevant, especially in this day where everyone talks about diversity, but what steps are actually being done to have that representation on stage?’

The high quality of the work created by Restless Dance Theatre has led to some audiences questioning the agency of the dancers and assuming that Ryan is the real creator of the company’s work.

‘Some people tend to think that as a choreographer I’m teaching the moves. But in fact, that’s why I deliberately say that I’m the director of each piece, because I feel like we create the work together, choreographically,’ she said.

‘The dancers are set tasks, they respond, and it’s from their responses that I then manipulate and craft the end product.

‘All the dancers have complete ownership of the work because it comes from them. I’m quite happy if our work can challenge audience perceptions of who can make art – and to think that maybe that the dancers couldn’t come up with the work themselves is slightly insulting, to be honest,’ Ryan told ArtsHub.

People holding such patronising attitudes have been shocked to discover the Restless dancers are paid professional rates for their work.

‘I was quite shocked by that,’ said Ryan. ‘It’s such an old school way of thinking – that the dancers should be grateful that they have the opportunities, whereas I see them as artists who deserve to be employed, like any other artists, on a professional basis. I have this saying that I love, which is “You should expect excellence and not be surprised by it,” and I think that’s just as relevant for people with disability as any other form.’

Ryan joined Restless Dance Theatre in 2013, and has continued the company’s focus on producing smaller scale, tourable works, a direction established in 2008 with Safe from Harm.

Recent works suitable for touring include Guttered, which premiered at the 2021 Adelaide Festival, while the company also has the capacity to tour larger recent works, including the award-winning Intimate Space, originally presented in the Adelaide Hilton as part of the 2017 Adelaide Festival and later restaged in Surfers Paradise in 2018 and Seoul in 2019.

Restless also has a rich history in the creation of dance films, working with local film company Closer Productions, while the quality of its work has been recognised with Helpmann Award nominations, Ruby awards, and an Adelaide Critics Circle Group Award. Ryan herself was inducted into the South Australian Woman’s Honour Roll in 2015, while in 2020 she received the Australia Council Award for Dance.

Despite this acclaim and the high quality of the work Restless creates, the company lost its four-year Australia Council funding in 2020, alongside other landmark companies including La Mama, Barking Gecko and Tracks Dance Company.

‘Roz Hervey, my creative producer and I, we joke that we grieved for about two days afterwards but then we went in fighting, basically. It was quite extraordinary the support that we received, not only locally, but nationally and internationally,’ said Ryan.

‘We recently did a matched funding campaign and we were able to raise a significant amount of money, and we were also lucky with RISE funding for the next show for next year. But that still doesn’t cover the actual core funding. We’ve got money for the productions, but we don’t have money for the staff to deliver it. So it’s always a moving feast of how we navigate all of that, but we’re determined to make it, to survive beyond the next couple of years.’

For the moment, the focus is squarely on the company’s 30th anniversary celebrations, to be held at Adelaide venue The Lab on Wednesday 24 November.

An evening of dance theatre, film and live music, the event will feature three works directed by Ryan: live performances of Correlation, Seeing Through Darkness and Exposed, together with a digital display of Restless Dance Theatre’s 30-year history set to a live score performed by Emily Tulloch.

‘It will be a beautiful night and a celebration of the artistry of our dancers,’ Ryan said.