Australia must invest in First Nations curators and artists 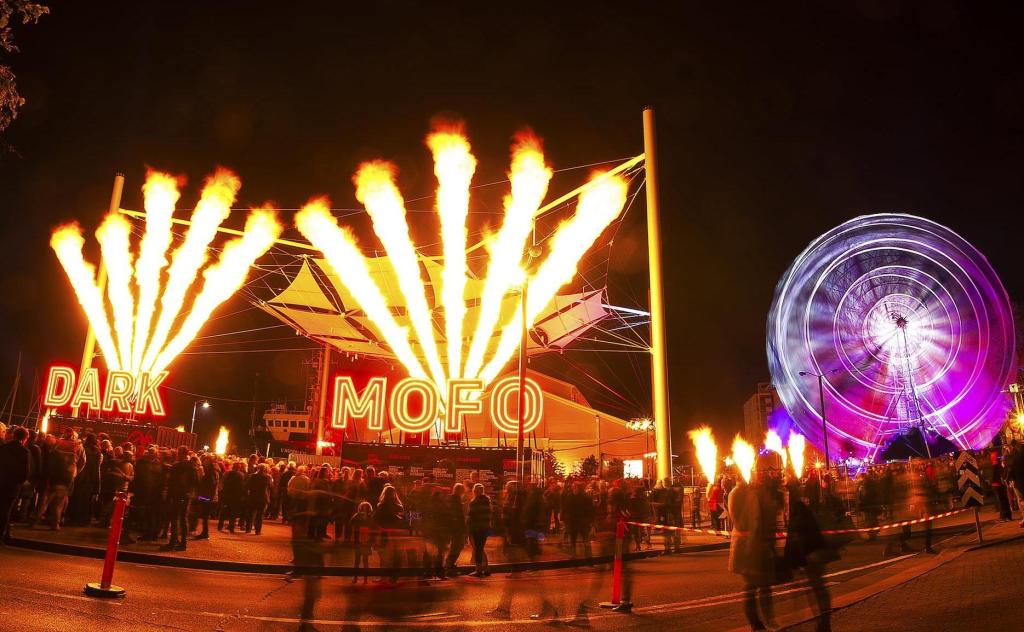 ‘We want your blood,’ declared Dark Mofo on Saturday. This was not a metaphorical call. This was a literal request of First Nations Peoples by Spanish artist Santiago Sierra.

The call-out was confronting – and probably set out what it intended to do: shock – but the white curators may not have counted on the level of Indigenous disgust, refusal and critique it prompted.

On Monday, Dark Mofo released a statement defending the project, called Union Flag. By Tuesday afternoon, it had been cancelled.

The critical question is how this was allowed to be programmed in the first place? And what structures support white curators to speak of Black traumas?

Trawlwoolway and Plengarmairenner Pakana visual artist and dancer, Jam Graham Blair led the call on social media to denounce the project, and is now among those calling for artists to boycott MONA. 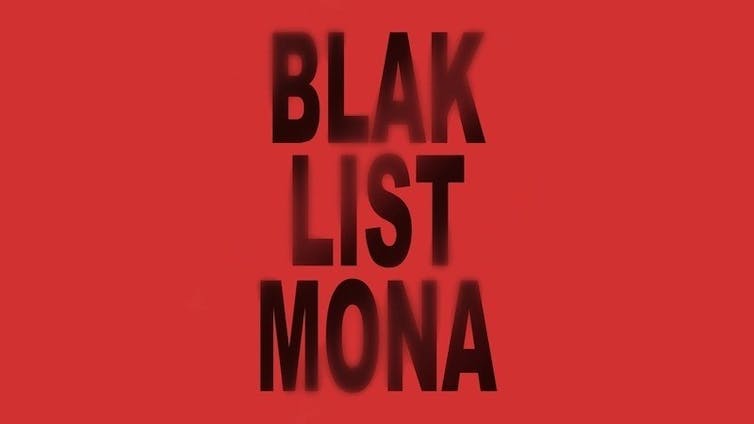 Artists and curators such as Jam Graham Blair are now calling for a boycott of MONA until demands on organisational reforms are met.
James Tylor/change.org.

As Noongar writer and researcher Cass Lynch wrote for Overland: ‘the proposed artwork betrays itself as hinging on violence against Indigenous bodies.’

More than ever, we need Black curators who work from community standpoints.

Aboriginal blood is still being spilt in acts of generational colonial violence at the hands of the police. In the 30 years since the Royal Commission into Aboriginal Deaths in Custody, over 450 First Nations people have died in custody.

As Aboriginal People, we know racism and white supremacy are not hidden in corners.
Indeed, MONA has a track record of unsettling practices and cancellations. In 2014, they pulled an Aboriginal DNA identity testing installation by Swiss artist Christoph Buchel after a similar outcry.

Union Flag aimed to literally extract Aboriginal blood as an anthropological and biological specimen. Extracted to be used as paint without the bodies or sovereign voices it belongs to and within.

This is a deep triggering of the wounds caused by the exploitation done to and on the bodies of our Ancestors and Old People in the name of anthropology and science. Our remains are held in museums in Australia and around the world.

This is unfinished business unaided by empty performances of decolonial consciousness.

We are taught by our Elders that our bodies and all they hold are sacred, from our hair to our sweat.

Capitalism and colonialism work hand in hand in the art world, dominated by privileged white Australians, directors, curators, wealthy board members and customers. Few white artists are able to contend with the violence of the ongoing colonial project without literally using or alluding to the blood of Indigenous Peoples.

Aboriginal artists create work that is nuanced, complex, multi-layered and engaged with lived realities, the traumas caused by colonial violence and how to survive and thrive in spite of it.

Part of this is because of our abilities and skills to resist and contest the never-ended colonial project and all the tentacles of its violence. This violence that disturbs and unsettles us once again with the daily labour of responding to white peoples’ poorly constructed ideas.

MONA’s David Walsh has now apologised, saying he ‘didn’t see the deeper consequences of this proposition’ and Dark Mofo creative director Leigh Carmichael said he had “made a mistake” in commissioning Union Flag.

But Dark Mofo know better. In partnership with the Tasmanian Museum and Art Gallery, the 2019 festival presented the work of Trawlwoolway artist Dr Julie Gough. Her 25-year career survey show, Tense Past, showed her long engagement with art-making on the ongoing impact of colonisation on Tasmania’s First People.

Has lead curator Carmichael, who also sits on the board of the Australia Council, ensured he is complying with arts protocols for using First Nations cultural and intellectual property?

This isn’t about mistakes. This is about the wilful decision making focused on shock tactics and sensationalism that is part of the Dark Mofo brand.

Aboriginal curators and artists have been asking for positions of leadership and decision making for decades. If MONA, Dark Mofo, and indeed all of Australia’s arts institutions centred First Nations people in collaborative leadership and curatorial positions, festivals could still make work that engages without shock, and without contributing to ongoing colonial trauma.

The criticism of Union Flag was not about censorship, cancel culture or halting personal expression. It is about accountability and ethics.

To recognise and memorialise First Nations grief and loss caused by ongoing colonialism (not an historical past tense, as referred to by this project) requires sovereign Aboriginal led and self-determined decisions.

This work continues to be done by artists and academics, such as Dr Vicki Couzens’, Dr Fiona Foley, Djon Mundine and many other Aboriginal community peoples, artists, activists, curators and educators.

Our peoples’ prior and informed consent is non-negotiable to making shared, collective projects.

We don’t need to see our blood to know we bleed.