The 2020 Bankstown Biennale is more than a COVID project. It's an artist-led rethinking of Western Sydney, and the value of the local in global conversations.
Gina Fairley 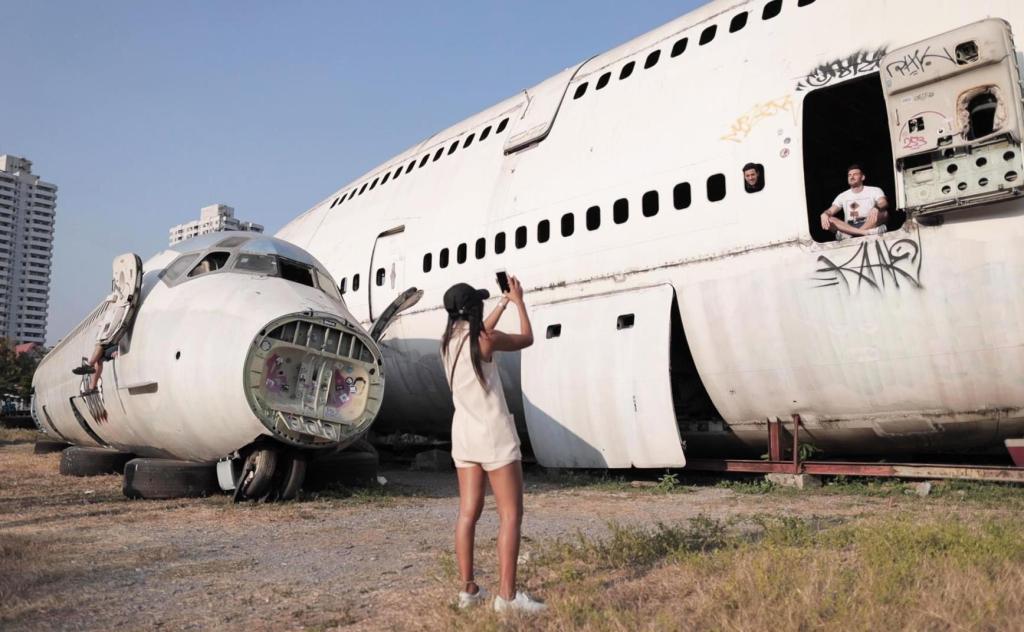 This week, the inaugural Bankstown Biennale opened – an exhibition of 20 artists from diverse backgrounds corralled together under the title Symbiosis.

It’s showing at Bankstown Arts Centre, with a number of pop up satellite venues, over the period from 10October – 21 November.

Western Sydney faced suffocating bushfire smoke earlier this year; this region endures blistering temperatures that seemingly rise annually, and has been hard hit economically from the pandemic. In the saturation of new pandemic program roll-outs, this COVID project is one that speaks to the local rather than a blockbuster vernacular that prefaces the global.

ArtsHub caught up with co-curators, Bankstown Art Centre Director, Vandana Ram, and independent artist/curator Heidi Axelsen, to learn more about making in a time of crisis, and the value of the local lens.

With the controversy surrounding the new Powerhouse Parramatta museum, news of Western Sydney arts has been hitting the national conversation. But what is not acknowledged in this noise, is that incredible arts programming has happened in the West for decades, much of which is championed by local artists.

This inaugural Bankstown Biennale is a proud statement of that history, and future.

Ram said while the broader public and artists might just see the headlines, it is an incredible thriving scene that the Biennale taps into.  ‘Western Sydney has been on the map for a long time and it is definitely the artists who are the crucible of that conversation, choosing to practice here…We have been consistently lobbying for local artists, and we are still fighting that fight.’

She continued: ‘Bankstown Arts Centre has been there for them, and the focal point for that activity [since 2011] – it is a truly symbiotic relationship. So yes, it is a proud moment – the first biennale for Western Sydney. Why do we have to wait for the Sydney Biennale to come to us?’

Having worked together in various capacities for over a decade, Axelsen said that the artists in this biennale reflect the incredible diversity of Western Sydney and the strong First Nations presence that is part of that place.

‘What characterises practice here is that there are really amazing at collaborations at that grass roots level, and the opening up of dialogues in a really real way – and the artist we have worked with on this project embrace that as well. The Bankstown Biennale has that essence of culture, of sharing and community.’

Ram reported that of the 20 artists showing, half have culturally diverse backgrounds, six are under 25, and 18 projects speak to local concerns. She also noted that both the Cooks and Georges Rivers frame the West and were the two main colonial inroads. Hearing First Nations voices is a key to understanding where, and how, this place is inhabited.

‘That diversity is about who our community is,’ said Ram. ‘It is part of what is important in the concept we hoped to develop for the biennale.’

Ram said that there were over 150 language groups in the area. ‘When it comes to diversity we don’t need to look beyond that! The artists are here, it’s just allowing ourselves to be heard and nuancing that by getting established artists to come to that space. We need the conversation to go both ways.’

TURNING TO THE LOCAL IN CRISIS TO FIND COLLECTIVE STRENGTH

2020 has certainly dealt its punches when it comes to crisis, but it has also been a catalyst for the world to listen and rethink what they value, and how they do things. This provocation forms a foundation to the ideas explored in this biennale, whether climate driven, cultural or political in intent.

Ram says this thinking was embedded in the art centres’ objectives and business plan ten years ago, to consider art in the ecology of more sustainable practice and living.

‘The urban heat island has affected us in Western Sydney in a real way. I always wanted to run a Bankstown Biennale, and then all of this hit us – the bushfires and COVID – and we were at a critical pinch point. We wanted to offer hope rather than just fear, so we turned to an artist-led response,’ said Ram.

Axelsen added that not all the artworks presented were positive, but ‘show the cracks in the systems – it’s important to have both sides. All the artist bought a great humility to the project.’

Read: Why the NGV Triennial is the exhibition we need now

Given its very name, biennales usually have a two year cycle to come together. But not this one. ‘It has been pretty swift! We started in March and here we are. We feel very proud to have been able to support artists through this time when all their gigs and travel had been cancelled,’ Ram told ArtsHub.

The curators have also been working with writers of diverse backgrounds on a project to complement the exhibition. ‘It was quite clear we wanted to reflect the community speaking to aspects of creative practice,’ said Axelsen.

Biennales are curious things, where the big blockbuster has long dominated the vernacular, but in recent years there has been a rise in local biennale exhibitions that equally explore the issues of now through contemporary art.

Axelsen she hoped that there was a swing to this kind of exhibition making.  ‘There are so many amazing local stories to be told. And the Bankstown Biennale offers something at a really lovely scale, that is intimate and digestible as well, and a pleasant experience as a visitor.

‘You don’t end up strung out trying to see everything,’ she added.

Among the highlights Axelsen pulled out the work of Claire Healy and Sean Cordeiro, a film titled The Pilgrims, which was made in Bangkok just before Covid travel restrictions came into play.

The film is set in a boneyard of abandoned aeroplanes and looks at the strange selfie-culture that has developed at this site. ‘It looks at this bizarre activity of people, and offers that lens of distance to stand back and observe our strange acts as humans.’

She added that it is all the more bizarre now that travel precipitated the pandemic’s spread and that many of us remain grounded from travel.

Ram pointed to a work by Dutch, English, Indigenous artist Nicole Monks in the art centre’s courtyard, where she worked with local elders to look at that knowledge and connection to Country and place, and how we use our resources for storytelling.

‘It is saying something very clearly about place and time, and how the Georges River evokes that participatory understanding,’ added Ram.

Monks will be part of a panel conversation with Costa Georgiadis (ABC Gardening Australia), writer Bruce Pascoe, and Biennale artists Alison Clouston, Claire Healy, Lleah Smith, and Jason Wing on 24 October, titled Beyond the Anthropocene, which will be live-streamed via Facebook.

It calls out the moment for transformative change.

Also mentioned, was a project by Alison Clouston, who has collaborated with musician, composer and sound artist Boyd, to create immersive sound installations, both for the galleries and alternative sites out in the landscape. It lists the endangered species of this place – Western Sydney.

‘I never imagined that in this place I live – the sounds heard in my backyard are on that list. It brings into [acute] reality and question of how we care,’ said Axelsen.

The Bankstown Biennale offers an opportunity to go beyond an anthropocentric world view, where our species has been the dominant influence on life on earth.

Ram concluded: ‘A lot of things come to this place [of crisis we are in], from an arrogance around the human species, and it is all unravelling! This group of artists examines new ways of doing things that a non-human centric. I felt like it was the pause button we needed – to look very local at the parks, the rivers, the clay from our own backyard, and to consider its impermanence.’

To learn more about the artists and biennale projects.