Artists, Activism and the Anthropocene: What does it really mean for change?

After two summers that couldn’t be more different – from drought and fires to heavy rain – conversations about the Anthropocene, and artist activism around climate change, are ripe for new resolutions.
Gina Fairley 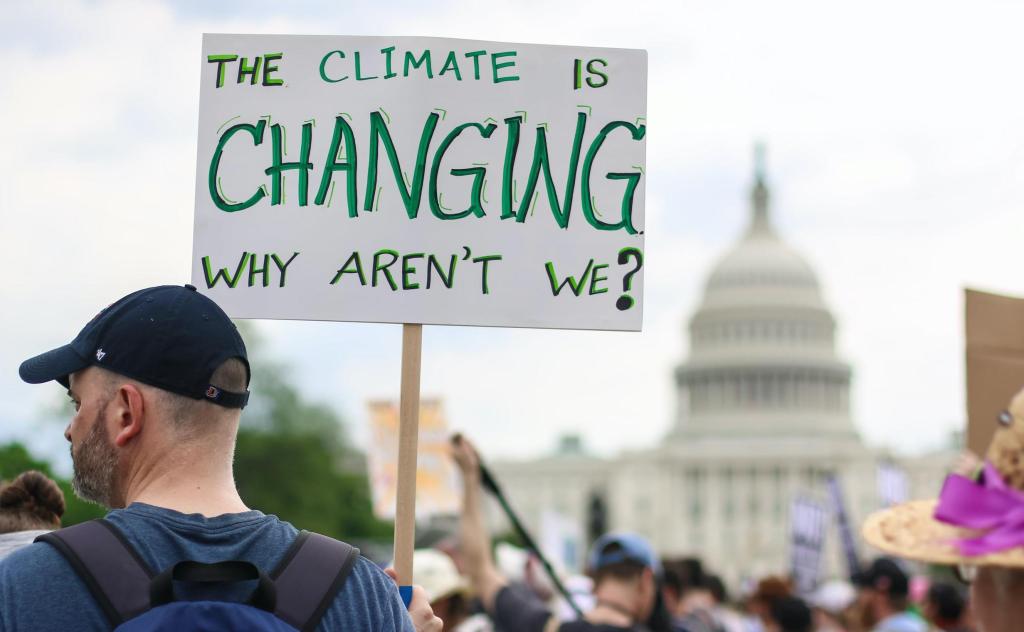 This time last year, I was writing stories about how the arts sector was coping with the bushfires. This year our nation is gurgling under the persistence of La Nina’s rains. And only last week, the Red Gully bushfire, north of Perth, resulted in an evacuation order, while on the same day former tropical cyclone Imogen continued to deluge northern Queensland.

It is like these polar summers have been compressed into a single week. Are things escalating? And how are artists’ approaching the topic?

Surprisingly, it is a less recited stanza from Dorothea Mackellar’s much loved 1908 poem, My Country, that captures the mood of our current climate crisis, 110-years on:

Core of my heart, my country!

When sick at heart, around us,

We see the cattle die –

But then the grey clouds gather,

And we can bless again

The drumming of an army

Such concerns were echoed in a conversation at ArtsHub’s recent virtual conference, Visions 2020, between Melbourne author and editor Sophie Cunningham and Sydney-based Colombian curator, José Roca, the Artistic Director of the 2022 Biennale of Sydney.

Through their individual practices, each have mobilised artists and audiences into action that is either environmentally or sustainably focused. A key aspect of the work concerns the ways they have moved beyond individual ambition to work collectively.

‘I think people can accommodate change, and not panic about rapid change, if they actually feel supported and they feel that they’re in it together,’ said Cunningham. ‘I do actually think that building community is a really important way of helping people manage change.’

Cunningham has written a number of books exploring weather and the natural world, including her 2014 book Warning, the story of Cyclone Tracy, and her first children’s book, about two koalas surviving last summer’s fires. Her most book, the anthology Fire Flood Plague, collects essays from a range of writers responding to the extraordinary events of 2020.

‘Regardless of whether or not climate change caused these events,’ Cunningham said, ‘I think we can agree there are going to be more of those kind of events. So, what is it like to live through an event like that? How does society respond when things are difficult?’

‘[A]s artists, part of our job is to actually understand that things are changing and help other people manage that change through our art, whether it be writing or through developing processes,’ she explained.

In a similar way, Roca uses past practice to shape current methodologies. In 2021 he co‑founded the non‑profit art space FLORA ars+natura in his home town of Bogotá, driven by the desire to curate from a grassroots community outwards.

For the forthcoming Biennale of Sydney (12 March – 13 June 2022), Roca has put together a team of local curators. One reason is to tap into local knowledge, particularly First Nations knowledge, and build continuity with the 2020 Biennale; and the second is for a more sustainable exhibition, ‘so as not to entertain those long curatorial research trips that are so costly in time, effort and, of course, in carbon footprint,’ he explained.

‘One of the main questions that COVID has asked the cultural sector is, how do we rethink our craft? Is there a better way to do it? What is the impact of such a large event on the environment? Are there other ways than going totally digital? So it was clear that beyond a theme, I wanted to put together a Biennale that is conscious of its own conditions of possibility,’ Roca continued.

He continued: ‘Every decision we take has a political implication, whether we decide to eat or don’t eat something, it will impact the environment differently.’

Exhibitions are exactly the same, he explained: ‘We want to communicate that to the public in the form of a cultural leader of carbon footprint.’

A big part of that is producing the Biennale’s artworks locally, as opposed to having them shipped from overseas. Put simply, reducing freight reduces environmental impact. Roca is also exploring the idea of exhibition copies, where materials will be recycled or repurposed afterwards and donated locally, reducing waste overall.

When asked whether he had received resistance from artists to this idea, Roca answered: ‘I think that we can promote change just by asking, like “Would you be amenable to doing this? Would you think of letting us reproduce the work locally and you directing it from abroad?”

‘Most of the times you will have a positive response … maybe they haven’t thought about it as a possibility and now that someone proposes that, then they are willing to try it out,’ he said.

How artists respond to our climate crisis

Cunningham said that while she recognises the Anthropocene and climate change are linked, her particular concern is climate change.

‘I’ve stopped thinking of myself as an artist, and I’m merely just thinking what can I do. I had various fantasies [that] I could be an activist, maybe I could get into politics … [but] I realised I was best to stick to what I could do well … ‘cause I think that [way] you have the best chance of being effective and mobilising a response.’

She added that if you are being pushed too far out of your comfort zone, communicating any sort of understanding to others breaks down.

‘Sometimes I have doubted that words are necessarily the right way of tackling what is happening … Because books are slow to go into production, and things are changing very quickly,’ Cunningham said.

The Copyright Agency worked against that norm last year. They decided that the best way to respond to what was happening was to support writers at a time when they were losing work and under particular pressures, while also taking advantage of the fact that writers are best able to document what is happening around them. Consequently, the Copyright Agency commissioned Cunningham to edit Fire Flood Plague.

‘Language sometimes has a level of precision, which is marvelous, but it is also sometimes [hindering] when you don’t quite know what’s going on … sometimes what you’re working with is a feeling and a response rather than necessarily knowing precisely what it is that you’re looking at or want to describe.’

This is where a collection of writings made sense.

Cunningham said she had been traumatised by last year’s bushfires, which has changed the type of projects she now takes on.

‘I made a decision this year to just start taking on projects that directly addressed what was going on, as opposed to hanging on to this fantasy that the world cares whether I write another novel … those kind of things started to seem pointless,’ she said in December.

Moving beyond the political quagmire

Such conversations are often trapped in a kind of political and economic mosh pit, bounced around but going nowhere. All too often, long-term vision and real impact are traded off for self‑interest and short term outcomes.

How much, then, can the arts impact political change and coerce governments into taking genuine action? And how better can we manage our own sector expectations and reach those political players?

Cunningham said: ‘I do think one thing we have to stop doing is stop looking to governments to lead change …  It’s taking too long. I actually think we have to think of ways to pressure, not just government, but any range of organisations using all the different levers at our disposal. In my case that lever is writing; writing my own essays, encouraging other people who write in this area and supporting scientists who are trying to get their message out and trying to help them be part of the conversation.’

‘I do actually think that building community is a really important way of helping people manage change.’

Roca said: ‘Art has its own sphere of influence, that’s what we can aim to foster … Some works are more rooted in activism and they are more effective in a more traditional way, in a more political way. Some are less so, but they raise awareness on some issues, and [then] some are completely cryptical (sic) and they might touch upon someone’s sensibility and then propel them to act.

‘There is no single way to do this,’ he added.

Roca first arrived in Sydney for his interview with the Biennale selection committee in the aftermath of the bushfires, At the time of Visions 2020, he was in a 14-day COVID quarantine.

‘Having worked for the last 20 years on issues like territory, waterways and sustainability, my original project reflected those issues and concerns. But, shortly afterwards, nature forced me to go into lockdown and reflect further,’ he said.

Roca spoke of the Kogui, Arhuaco, Kankuamo and Wiwas – the First Nations peoples of Sierra Nevada in Colombia who have lived in harmony with nature for millennia.

‘[They] have a different approach to problem solving. In these communities, whenever someone commits a crime they aren’t punished, instead they are asked to seclude themselves for a long period of time in a hut, in order to reflect on what they did, and only come out and re-enter society when they have found a solution for their actions.

‘They have told us, the little brother – as they call our reckless society – that nature has put us in seclusion to reflect on the crimes we have done to her and expects us to come out only when we have solutions. If we haven’t had enough time in 2020 to think of a possible solution, I don’t know when we will,’ Roca concluded.

This article is based on a panel discussion held at ArtsHub’s Visions 2020 conference on 9 December 2020.