‘A mother is what you are now’: How motherhood impacts arts careers

Motherhood can often mean reassessing your career and surrendering to the demands of small children.
Brooke Boland 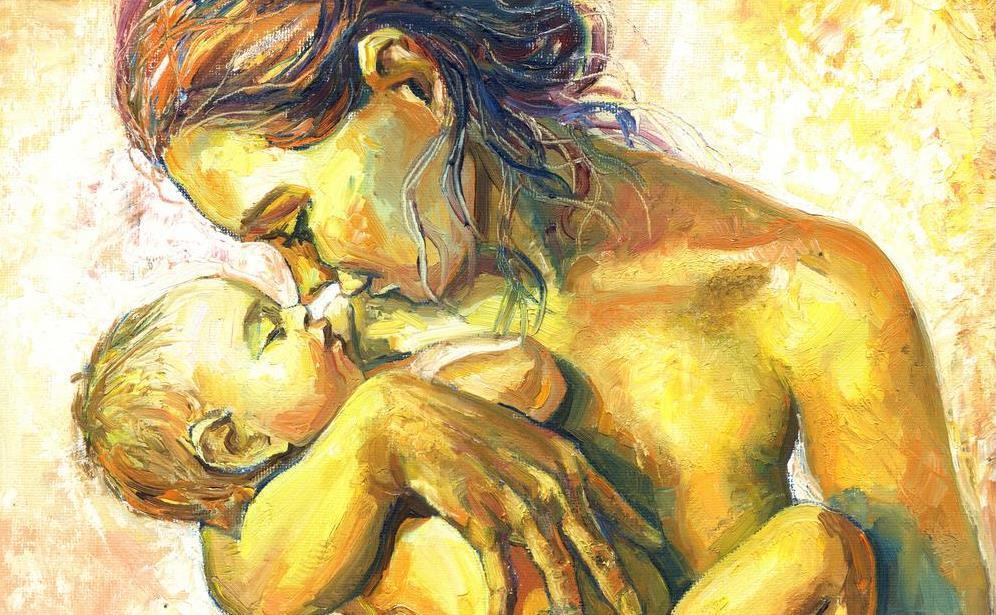 There’s no single experience of motherhood. For women who have children while carving out a creative practice, the experience of raising a small human can bring joy and pleasure. But there can also be moments of grief at the loss of time and freedom for creative work, as well as unexpected challenges.

One of these challenges is the issue of accessibility, particularly in early parenthood, when the presence of babies and young children creates a need for more flexible work practices.

This doesn’t mean mothers don’t get things done. It just means they are more likely to be left out or feel unwelcome in a culture that still relegates mothers to the home and which belittles the creative possibilities that can come from the experience of motherhood.

‘There is the perception that a mother is what you are now – that is reinforced from the outside world in many ways,’ said Nicole Smede, a classically trained musician and emerging poet.

‘It’s how other people identify you – as someone’s mother or the mother of someone’s child, etc – and can become all you see yourself as.’

Smede encountered such social expectations around motherhood and found herself needing to challenge assumptions throughout her career.

‘I personally found that some colleagues in the industry assumed that because I now had children, my capacity to be creative and dedicate time to projects was gone – so the opportunities dried up for a while and I had to campaign, assure and reassure that I was available,’ she said.

‘I personally found that some colleagues in the industry assumed that because I now had children, my capacity to be creative and dedicate time to projects was gone…’

For photographer Tamara Dean, motherhood meant taking a pause that led her to reassess her career. At the time she had her first child, Dean was working as a professional photographer for The Sydney Morning Herald.

‘I’d started along that trajectory to become an artist, and then got side-tracked along the way and ended up doing all kinds of things I hadn’t imagined myself doing … once I became pregnant and I took my maternity leave and I had that time with my daughter, it gave me that sense of pause to kind of reassess where I was at and where I wanted to go with my work. And I decided that I wanted to start to refocus on my art practice,’ she said.

But this refocus didn’t happen overnight. It took almost seven years from that point before Dean was ready to take the leap from professional photographer to full time artist. During that time, she continued to work part-time for The Sydney Morning Herald.

Author, editor and commentator Jamila Rizvi also experienced a change in her career after she became a parent. She took a step away from managing a team of people to focus on her writing, a choice she approached enthusiastically as a new priority in her career.

‘For me actually having a child kind of re-clarified what was most important to me with my work and the parts of my work that I loved the most, and I realised that for a period I didn’t want to be managing people,’ she said.

‘That was certainly work I think I was quite good at and work that I got all the joy from for some time, but I just didn’t want that during that early period of parenting. I didn’t want to be looking after a baby and looking after a team. I needed to be selfish about my artistic work for a while.’

There’s a sense that when you balance the dual responsibilities of parenting and creative careers, your relationship to time may change. Suddenly meeting the demands of a small human fills the hours and brings constant interruption. For many new mothers, it means saying goodbye to long periods of contemplation and work. Instead what you have are fragmented moments for creativity that can even intensify the process.

‘The time to indulge and fully enter a creative process, unbounded by constraints of time and domesticity is basically non-existent,’ said Smede. ‘Instead I have found that I need to “check in” with an idea or concept in bursts throughout the day, stealing time where possible to work on, and progress a project in bits and pieces. This means it can take longer to fully form and finish something but here lies an added bonus of spending more time with it, being in it and shaping it over a longer period.’

This experience is also what makes some artists and creatives adopt a more methodical, planned approach to their work.

Dean said she went from a highly productive, active photographic approach to a more conceptually driven practice that would sometimes take months or even years to organise.

‘I put a lot of my energy into the imagining of what I’m going to do, the planning and all of the logistics and all of the things that go into it. And then I just have this very short time of actual shooting. So yeah, if there’s a way of turning your practice in such a way that you can best use your time when you have it, that’s how I managed,’ she said.

‘I knew I had very few opportunities and often those were going and doing artist residencies. That’s where I got most of my work done throughout early childhood.’

Rizvi also experienced a change in her creative process that she now finds motivates her to work.

‘I think parenting often feels like it gets in the way of creative practice and to an extent it absolutely can do that. But I’ve found there have been times where it can actually be quite motivating. The fact that I often have to leave my writing when I’m on a roll, when I am in flow and I’m thinking, “This is so good, this is so good,” and I get interrupted by a small person who needs me to re-enact a scene from Bluey,’ said Rizvi.

‘In that moment, it is absolutely maddening, but it means that until I come back to that work, I’m thinking about it and percolating, I’m unconsciously doing some of the artistic work in my head while I do other things and I can’t wait to get back to it. I’ve got that burning desire to get back to my computer and keep writing and I actually find that really motivating.’

Similarly, Smede also said she reapproached her creative time with renewed energy after taking a break in her career. ‘I lost myself for a long while – seven years actually. The love for and needs of young children can be all consuming, which leaves little room for anything else,’ she explained.

‘For me, getting older and having lost years of creative time have fuelled a fire to create and just get on with it. When I was younger, self-doubt prevented me from putting work out into the world. Now I don’t care so much as I am creating for me – not anyone else. I have re-acquainted with the muse, and I don’t want to lose any more time with her!’

Her last word of advice for new mothers experiencing this change is: ‘I found that frustration and grief for the loss of a creative practice can be resolved (somewhat) through surrender. This is where you are right now and that’s fine. Better than fine. You may not be able to operate as before but can and will learn to operate in new ways – often smarter, more time efficient ways.’