Patricia Piccinini on running an ARI

Numerous artists get their start by taking on an artist-run-space. One of Australia’s most celebrated, Patricia Piccinini shares her lessons, and offers inspiring words to the sector.
Gina Fairley
[This is archived content and may not display in the originally intended format.] 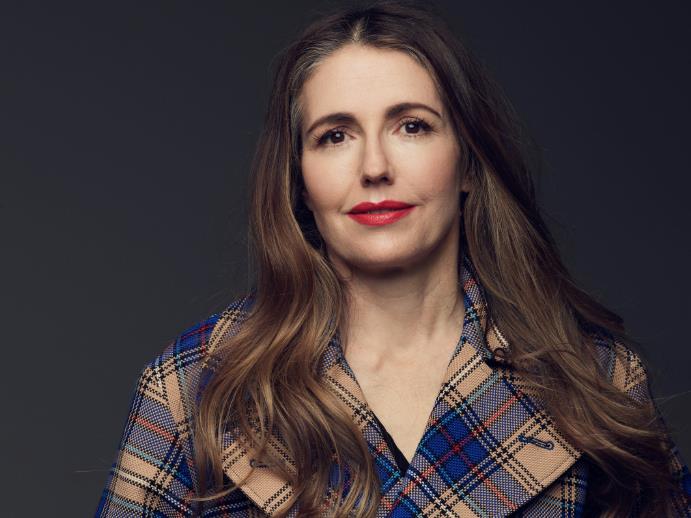 Perhaps the most inspiring keynote paper delivered over NAVA’s Future/Forward conference last week (14-15 August), was that by an artist.

Internationally celebrated, Melbourne-based Patricia Piccinini reminded those gathered from the visual arts sector that ‘you don’t enter the art world – you have to build it out of the people around you.’

She said that running an ARI – an artist run space or self-directed space – 25 years ago was a really important part of her development. ‘When I graduated, the most important thing I did was set up an artist-run space,’ said Piccinini.

With a group of fellow art students, Piccinini opened The Basement in 1991, located on Collins Street Melbourne, with a rent of just $133.

‘Part of our original idea was that we didn’t want to start an institution – we wanted something more ephemeral, and that represented us at that moment.’

She continued: ‘We had 60 exhibitions over the three years …We were making art in our city. We didn’t sell anything, and some days I’d be there the whole day and only five people would turn up – but we were part of a community that showed art.’

ARIs are omitted from the visual art sector’s current Code of Practice.

Read: Why a new code of practice is important for the arts

Putting the ARI in perspective

With ever increasing funding cuts, a shrinking commercial gallery sector, and enrolment rates at art schools on the rise, the visual arts landscape can be described as crowded.

As a Professor at the University of Melbourne, Piccinini acknowledges that she has taught many wonderful artists whose careers have not gone anywhere; and that many of the artists she showed at The Basement were unable to sustain their practice.

Despite that, Piccinini’s message was one of great optimism.

She continued: ‘There is a very strong idea in the art world that only one in 100 artists can survive. I hate the implication of this idea, the culture that it implies. It sets up a world where artists are divided, and that success can only be achieved at the expense of everybody else’s failure … It is rooted in the idea that the art world is based on toxic competition … It is not a fair place.’

Piccinini firmly believes that running an ARI set the foundations for her career – one that is internationally celebrated today. In 2016 she was ranked the top contemporary artist internationally by The Art Newspaper, represented Australia at the 50th Venice Biennale in 2003, and most recently, she has the largest ever solo exhibition by an Australian artist at the Queensland Art Gallery / Gallery of Modern Art, titled Curious Affection.

Piccinini said: ‘When people told me that they weren’t interested in my work I took it as a challenge to work out why, and come back to them with something more compelling.’

‘30 years down the track people still say no to you – it is just the way it is. You just have to accept it and find another way to go forward.

‘When I left art school no one would give me a solo show, no commercial gallery would look at me, no curators would visit my studio and no public gallery would accept a proposal. I realised that if I wanted to be an artist I needed to show a work. So I thought I will just make my own place,’ she said.

What an ARI taught me – Patricia Piccinini

Piccinini said her best career education was sitting a few days each week in a gallery. This is what she learnt in three years of running The Basement:

‘What did I learn? To see how other artists installed their work and to hear what they said about it – and when they weren’t there – I had to tell people about their work. That was a big responsibility … And as I moved forward in my practice, I realised that is a really big part of my job as an artist.

‘I learnt how people relate to art – which is not very easily – and I had a lot of time to think about why we make art,’ said Piccinini. ‘All this fed into the artist I am today.’

She continued: ‘I learnt who came to artist run spaces – and mostly, not many people came.

‘I learnt that being an artist is as much about showing art as making it. You might make the best art in the world, but if it can’t be seen it just doesn’t exist, and no one is going to come looking for it.

‘I learnt to lose,’ said Piccinini. ‘You are not going to win every prize, get every grant, get every sale, meet every curator –you are going to miss out on plenty of opportunities. The art word is not always fair, but it does recognise persistence.

‘The confidence that came from running The Basement allowed Peter Hennessy, my partner, and I to set up a small design business in late 90s, and we did this because we wanted to create a structure that would sustain our practice without having a real job.’

Piccinini added that today her studio in Collingwood that employs a team of eight, is run very much in the same way as how she and Hennessey had run the gallery. ‘Every cent goes back into making art; I can take risks and make really ambitious work because we have the structure to support that,’ she said.

Piccinini added that one of the other big lessons in running an ARI was to value her peers and her audience.

‘These connections are the most important that we will make. I still work with the same artists and curators I met 25 years ago at The Basement, and those people move up with you.

‘I learnt from artists coming in and out of my gallery – the artists who gave are still around today. Those who came in confident and left are not around today – that just doesn’t work.’

She concluded: ‘The politics of care is really important. Art is not just about art, it is about people.’

Patricia Piccinini spoke at the National Gallery of Australia, Canberra on 14 August, in a session called ‘Let’s form an ARI’ at NAVA’s Future/Forward conference.