Dealing with your harshest critic

Why is it such a long, complicated process to admit to yourself that you’re an artist? Verity Johnson investigates how to accept and embrace your creative instincts.
Verity Johnson 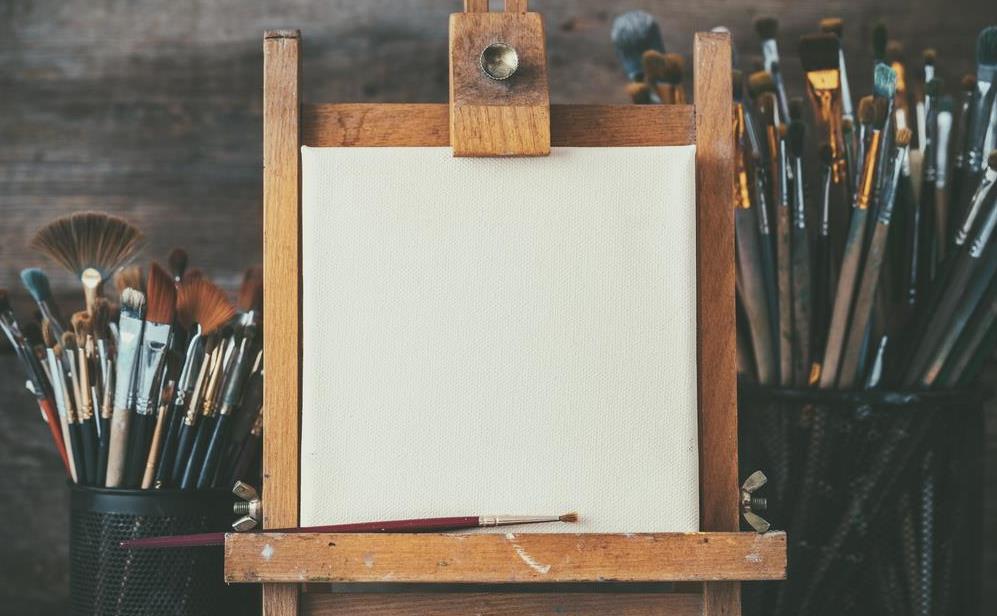 About a year ago, I became obsessed with asking other artists about what point in their lives they started taking themselves ‘seriously’ as an artist.

Even that phrase still makes me flinch internally. And not just because there’s an undeniable whiff of pretentiousness about it – as though I’m implying ‘when did you start dressing entirely in black and overusing the word “construct” in casual conversation?’.

But I wince because I’m still not entirely comfortable with calling myself an ‘artist’ – nor taking myself seriously as one. In fact, I’ve still got the recurring self-doubt that regularly says I should jack it all in and learn accounting. Hence why I started springing the question on fellow creatives in the first place, trying to find out what the remedy was.

And, like many deeply tortuous internal processes that you’re convinced only you go through, it turns out I’m not the only one telling themselves their life’s purpose is ‘just a hobby’.

The more I started asking around, the more I realised that many, many other creatives struggled to admit this to themselves even when they become famous. I remember asking a well-established painter as I stood next to him at the opening night of his own exhibition. He blinked and said ‘God, I still don’t. I’m always thinking I should quit and get a real job’.

‘I didn’t have anything else I was good at,’ admitted another dancer friend of mine who has danced for over two decades in some of the country’s most respected companies, ‘so I just thought “OK, I’ll have to be a dancer then.”’

Now, obviously, the most flattering interpretation would be that all this second-guessing ourselves is proof of our own creative genius. After all, as Australian art critic Robert Hughes said, ‘The greater the artist, the greater the doubt. Perfect confidence is granted to the less talented as a consolation prize.’

However, the fact that this happens to so many of us suggests that perhaps there’s also a whole lot of deeper reasons why we still downplay, push aside or apologise for our creative vocation.

Read: How to conquer impostor syndrome

The first is the fact that, as a society, we still have difficulty in seeing creativity as something you can make a career out of.

We still have this pervasive attitude that divides the world of work into ‘hobbies’ and ‘real jobs’, hobbies involving anything creative and real jobs inevitably being something sensible like engineering.

We do love to shepherd everyone toward the latter; a depressing reality is reflected in Creative New Zealand’s 2003 Portrait of the Artist industry report which showed that 51% of artists experience resistance from their parents at their creative career choice. And however much we try to be our own person – when it comes to our choices, there’s no denying the impact growing up with such a worldview has on us taking ourselves seriously.

And it’s not helped by the fact that the arts are not exactly fast careers to get rich in. Society does still undervalue a lot of creative careers.

Sure, newer and more lucrative fields have emerged recently yet we all know that getting paid a fair wage (or at all) is still a constant hustle for creatives. A 2015 Creative NZ report found that in 2010/2011, those employed in arts-based industries earned $34,990 annually from the arts, which is significantly lower than the economy-wide average of around $49,800. So it’s not like we’ve got stacks of cash to legitimise our career choices in the eyes of dubious parents.

But the real kicker is that many often accept that it’s a hobby because calling ourselves an artist is intimidating. We still have a very mystical idea of what it means to be a ‘creative’ – as explained in this TED Talk.

Many of us don’t actually see being creative as a skill born from passion and improvement, more like something divinely given to us by Gods. As such, we culturally view creative people with brooding, Bryronic brilliance. Now that’s a high bar to set for any industry, let alone yourself; who wants to stand up and call themselves an artistic genius?

And speaking of playing it safe, I know that one of the reasons I took so long to take my creativity seriously is that it was far safer to pretend it was ‘just a hobby’. If I kept pretending that it was just a side thing, then it didn’t matter if it turned out crap. I could kid myself that I hadn’t wrapped up my entire vocation and purpose in life in this – it was just a game.

While all of this makes it easy to slip into, it’s ultimately a self-defeating prophecy. Personally, I realised that staying in this mindset stunted my artistic ambitions because I refused to give them the attention and commitment they needed. And until I realised this, my creative dreams would stay unfulfilled.

Realising this doesn’t make the artistic rite of passage easier – it just highlights the necessity of it. If we want to live our lives fully and scratch the glorious maddening itch of having a creative soul, then we need to start seeing this as our purpose – not just a pastime.