For ArtsHub's 20th anniversary, we look back and ask: are the arts facing the same degree of bullying, or have we become more vocal in standing up for our rights in the workplace as artists?
Ann Tonks 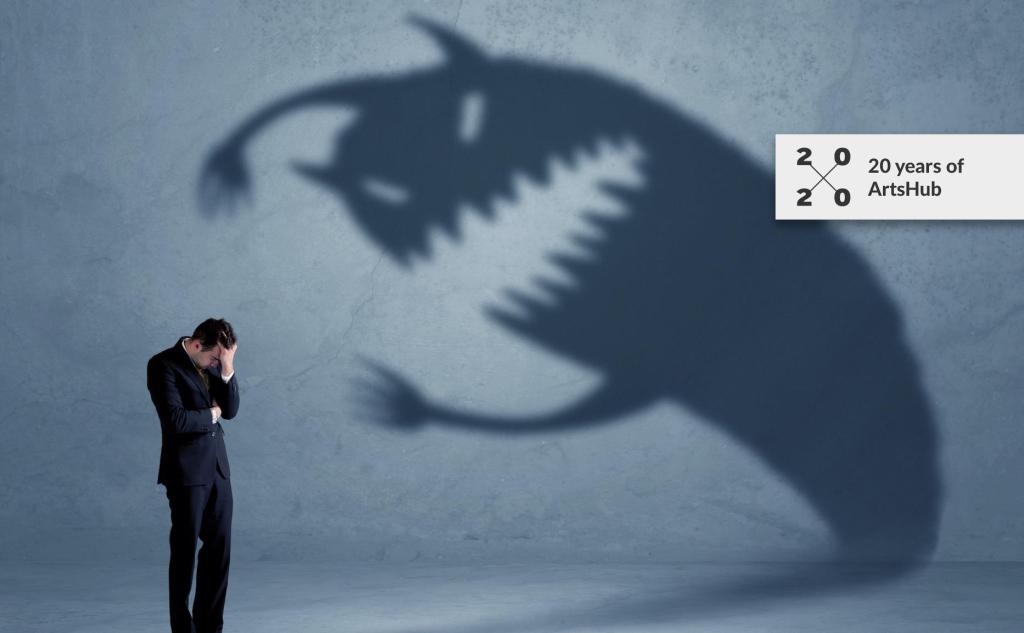 Ann Tonks shone a spotlight on the arts sector back in May 2016 with this article, asking whether, ‘artists get away with more bad behaviour than anyone else in the workplace’.

As part of ArtsHub’s 20th anniversary this year, we dive back into the archive and look at how the tone has changed around some of the key topics we face in our sector. This week, bullying and harassment. Have circumstances changed sine Tonks’ article first appeared?

I pose the following question to my Arts Management students and the result is always robust debate: ‘The artistic genius may be hell to work with, but the end result (the art) is exceptional so behaviour deemed unacceptable in normal circumstances must be tolerated. Agree or disagree?’

The conclusion that my students usually reach is that it’s not appropriate to expect people to put up with bad behaviour from colleagues just because they are ‘artists’.

To deal with artistic bullies you need a written policy, be seen to be available so that people will tell you what’s going on, to deal rather than ignore complaints, provide training for managers and staff, give feedback to the bully and not to re-employ artists who are bullies.

Having said that, in my experience, artists get away with bad behaviour more than anyone else.

For example, I’m aware of a group of actors who took the almost unprecedented step of complaining to management via their agents and union about a director’s behaviour in the rehearsal room. They were told that the director and the production were too important to the company and that the director couldn’t be removed.

I’m also guilty of allowing a director who was known to be a bully to stage managers to be re-employed. In the latter case, we provided feedback to the artist via their agent, employed an experienced stage manager who had worked with them before and could ‘control’ them to a degree and provided that person with instant access to a support team if and when required.

I would have preferred not to employ the director but the company wanted their specialist skills for a production. In the end, the resulting rehearsal and production process was uneventful but it was a risk that some may think that I shouldn’t have taken.

In my experience, artists get away with bad behaviour more than anyone else.

Anne-Marie Quigg has written a fascinating book on bullying in the arts the subtitle of which is, ‘vocation, exploitation and the abuse of power.’  Her definition also includes the notion of corporate bullying in which organisations employ unfair terms and conditions of work such as pay, hours and workplace policies.

Although working conditions for arts organisations in countries like Australia are covered either by unions and union agreements or legislation, there is still a tendency, particularly around working hours in arts organisations, for bullying environments to be created.

This may be because arts organisations are under-resourced and people have an intense commitment to the art, but it could also be because there is not a strategic management of time and workloads. For example, in Australia there is usually a requirement in industrial awards for a ten hour break to occur between work shifts with a financial penalty built in until that break can occur.

One would think that this financial cost would be enough to prevent people from being forced to work unconscionable hours, but this is not always the case.

Quigg says that increased managerialism including the pressure to be more efficient and effective and have more control over what people do at work can create an environment where bullying may be more likely. A common experience of bullying is around performance appraisal.

In some cases, someone’s low resilience may mean that they think they’ve been bullied when they’ve received legitimate but critical feedback and on the other hand, it might be tempting to treat someone in a way that might be seen as bullying just because you want them to leave the organisation.

Avoid the temptation and put in put in place a proper performance review and exit strategy.

The other challenge for managers, and again this is particularly true in the arts, is that people will put up with bullying behaviour because ‘he’s always been like that but he’s good at his job’ or ‘she doesn’t mean to yell, she just gets carried away, or ‘I don’t want to complain because people will think I’m a wimp.’

One has to create an organisational culture where people feel free to complain about bad behaviour. Ultimately, one has to accept that most bullying is done by supervisors and managers and that it’s particularly difficult for people to complain about their boss or someone in power over them.

You have to monitor your behaviour. You have to set a good example. If you’re abusive or petty or persecute people you don’t like or demand excessive work hour from staff, others will feel free to do the same.

Regardless of one’s personal views on unions, they can be important in providing a voice for workers in an individual sense as well as a collective sense. Their role can help ensure that stories are told and real grievances are aired. On the other hand, because their role is to support their members regardless of the circumstances, they can sometimes end up on the side of the bully or turn a case of reasonable performance management into a putative bullying case.

Written policies are important but they have to cover the right topics and be implemented through training. Quigg notes that in a UK survey of theatre companies and arts centres, many of the written policies covered violence and physical threats but not more subtle insulting behaviour that can result in psychological damage.

Quigg’s first case study is of a Managing Director being bullied by a Board member. I have seen CEOs of organisations bullied by the Chair of their Board. Sometimes this has involved shouting and even threats of physical violence. Other times it has involved micromanagement including impossible demands and ongoing undermining of the person.

In such cases, you have to make a decision about how much you’re prepared to put up with before your health and your sanity suffer. Is the Chair vulnerable to being removed or coming to the end of their tenure? Is the Chair unique in their behaviour or does the rest of the Board behave similarly? In my experience most CEOs (like most arts workers) will put up with more than they should because they love the organisation. For me, life’s too short to be shouted at.

This article is an edited extract from The A to Z of Arts Management by Ann Tonks, published by Tilde, Melbourne.

Ann Tonks is an experienced cultural manager and teacher who has worked in the creative industries for over 30 years. She was General Manager of the MTC from 1994 to 2012 and is the author of The A to Z of Arts Management available from Tilde University Press.