An impressive battle of wills for a bed with a view.
Dr Diana Carroll 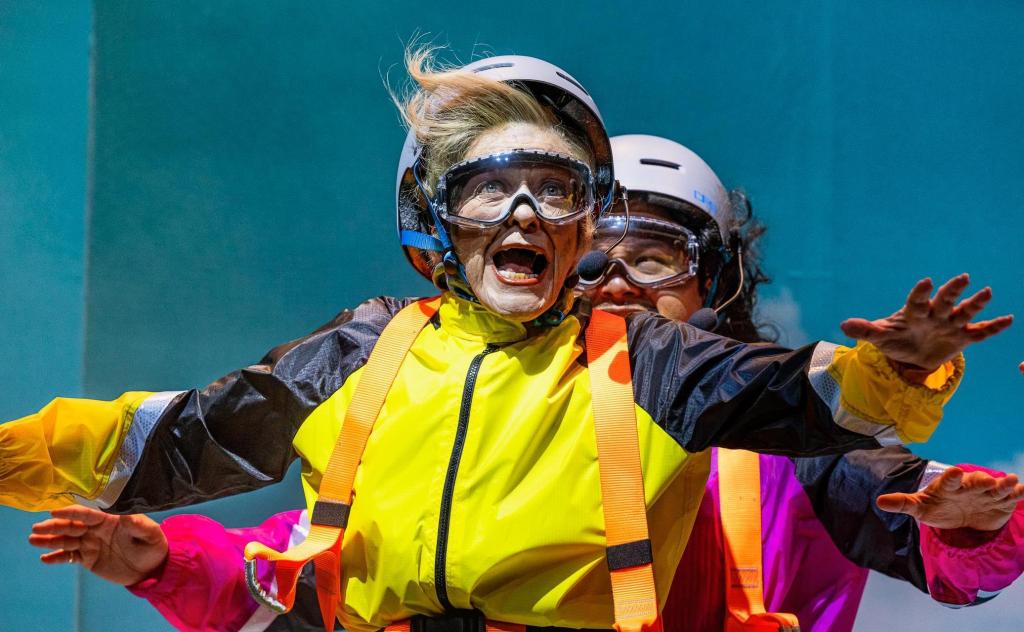 Older characters are having a moment – a senior’s moment, if you like – in films, on TV, and now on stage.  Ripcord is set in an aged care home where two residents, Abby and Marilyn, go to war over the best bed in their shared room – the one with a window and a view of the garden.

Abby (Nancye Hayes) and Marilyn (Carmel Johnson) are wonderful characters – Abby determined to be quiet, aloof, and right at all times; Marilyn equally determined to be loud, colourful, and relentlessly cheerful. Hayes and Johnson work beautifully together in what is essentially a two-hander just made for comic actors of a certain age.

The main set is designed as a typical nursing home room, although way bigger than most. As their battle of wits intensifies the situations become more amusing. The spooky house fairground sequence is hilarious and the skydiving episode is beautifully imagined. These are made possible in large part by the clever set design by Ailsa Paterson who also did the wonderful set and costumes for the recent State Theatre production of Gaslight.

The humour in Ripcord is underpinned with small reveals about their past – they’ve each had their share of sadness and disappointments that have made them who they are today. These back-stories help us to empathise with them even when they’re being petty and annoying. 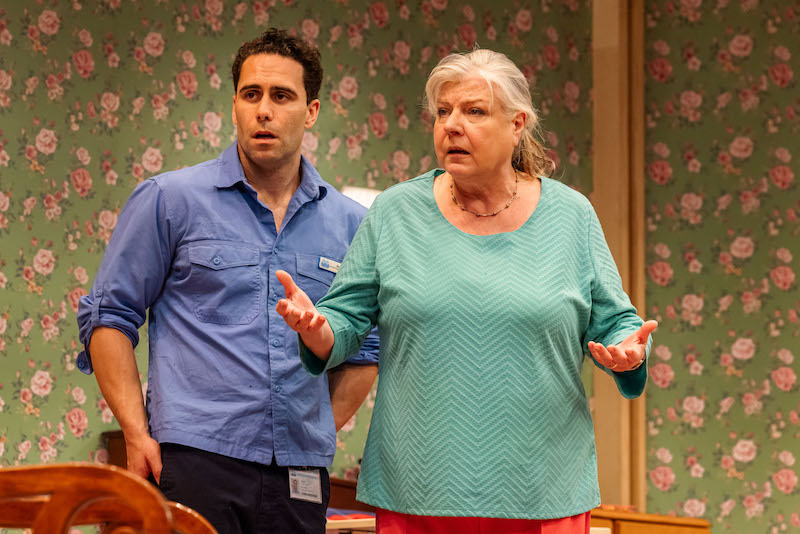 Mitchell Butel, artistic director of the State Theatre Company of South Australia, and director of this production, says he programmed Ripcord as part of his vision to bring greater community diversity to the stage – South Australia does have an aging population with almost 20% over 60 and theatre audiences often have a clearly older profile.

The script, by Pulitzer Prize-winning American playwright David Lindsay-Abaire, is tight and funny, giving the main characters plenty to work with and introducing apt minor characters to keep things moving along. These are played by an ensemble of excellent multi-taskers in Nathan Page, Jennifer Innes, and Ezra Juanta. Chris Asimos is very appealing as the hard-working nursing home staffer who dreams of becoming an actor. 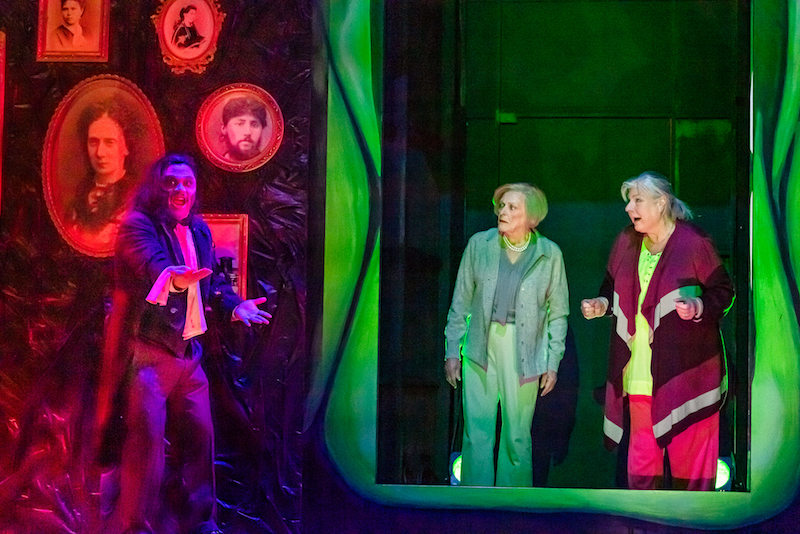 The emotionality of the play was, for me, a little undermined by the creative decision to take the  Americanisms in the script quite so literally. Leading ladies Nancye Hayes  and Carmel Johnson are both well-known and much-loved, and clearly feel right at home on stage, but it was irritating to hear them speaking with those American accents. This could be a nursing home in any Australian suburb and would feel so much more authentic.

The opening of Ripcord was postponed and then on-again-off-again with COVID but thankfully the team at State Theatre had the flexibility to reschedule the season and accommodate the spaced seating. The new season runs until 13 December and is worth the ticket price simply for the joy of seeing Nancye Hayes, an Australian stage legend, do what she does best.