What role do peak organisations have in the post-COVID environment?

Peak orgs are the glue holding a broken sector together and offer advocacy and initiatives for change as we emerge into the world post-COVID.
Gina Fairley 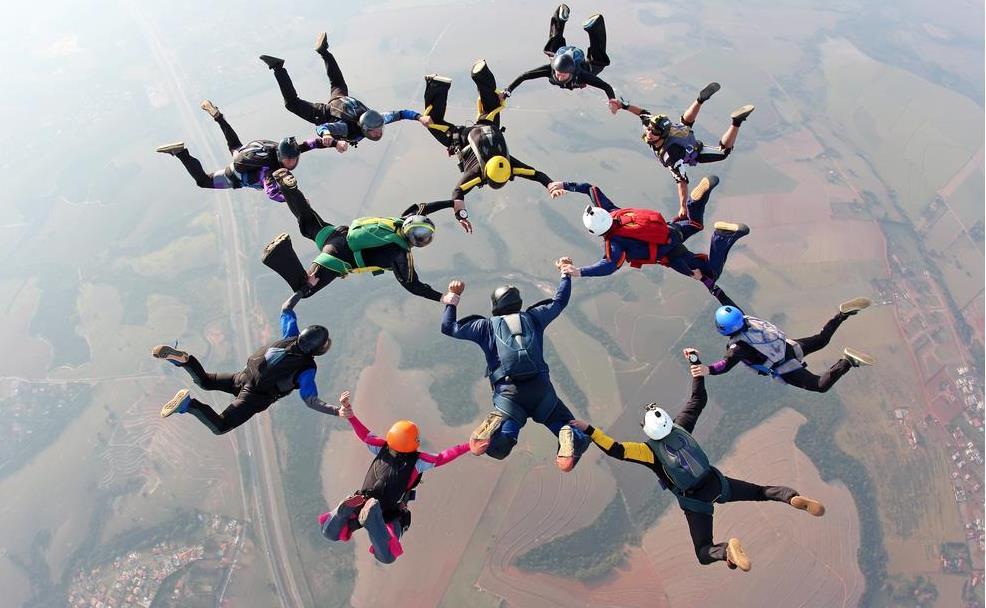 Teamwork is crucial for a post-COVID recovery, and peaks are the glue holding people together. Image Shutterstock.

‘Service organisations play important roles in the areas of advocacy, capacity building, communications and support,’ Arts NSW (now Create NSW) stated back in 2010. Ten years on, is this still the case, and what is their value to their sectors in regional NSW?

A panel at the recent Artstate explored this question. The conversation immediately fell to resources versus demand – an abrasive juggle that many arts organisations face.

Emily Collins, Managing Director, Music NSW reported she had 2.6 core staff and 1.2 project staff to deliver all support, advocacy and programming for the peak organisation.

Most recently, Music NSW was the force behind the I lost my gig campaign following the first weeks of lockdown in March. Within three weeks they had tracked a $40 million loss to the sector.

Collins continued, ‘The ongoing challenge is the expectations of government, and our capacity to meet them, based on the organisation that everyone wants us to be for them. We delivered 50 events last year – that is a huge amount of engagement – but there is only so much three human beings can do, and trying to communicate those limitations to an audience, or the people you represent, is hard.’

It was a pressure that Kerry Comerford, CEO of Accessible Arts, also felt with 3.8 staff. ‘At one point we had a staff of 12, but like many arts organisations, our support structure has reduced but our demand for services – particularly this year with COVID – has increased,’ said Comerford.

Similarly, Antonia Seymour, Executive Director of Arts on Tour – the largest touring arts organisation in Australia – said, ‘Operationally, we have five staff funded by Create NSW, and luckily, recently received four-year funding of $360,000 that we will turn into a $3.2 million for the sector. 90% of our income comes from service fees.’

She continued that the demand on touring assistance is huge, and felt the frustration of resource drain on her small team.

‘Touring is really complicated, and a lot of hard work simply goes into the mechanics of funding. A program might get interstate funding and then it doesn’t get state funding and the whole thing falls down. To put all that work into a tour and then only get half the funding is incredibly frustrating and a waste of time – and that stuff gets you down.’

IMMEDIATELY NEXT: HOW PEAKS WILL LEAD THE POST-COVID PERIOD

Seymour believes that we are going to see a massive benefit for local artists re-emerging from COVID when state and borders remain in shutdown.

‘We have been less directly [in conversations] with artists, and more about the infrastructure and how touring is going to work moving forward. And, then having the conversation about 2022, for example, while Melbourne still in lockdown but having to work on those long touring lead times.’

She continued: ‘We really hope that [local interest] remains, and that we see much more integration of artists and touring come into those conversations between programming aspects. If you are a local artist, this is the time for things to change for you.’

For the music industry, Collins said that, ‘one of the biggest challenges is that those traditional career pathway don’t apply any more. It used to be record release, tour, then record a bit more – it was something people understood. Some people have calibre to charge [for online or restricted audience gigs], but early artists struggle to charge to a show that might only seat 25 people and make ends meet.

‘Everybody was nobody at some point. The message we are sending is go and see people you don’t know.’

‘Even though they are performing, other restrictions remain in place, and we have to look at that. The work we do at Music NSW, is to help the sector better navigate what is a very complicated scenario,’ said Collins.

She added that there also needs to be a bit more risk taking on behalf of audiences. ‘People tend to see artists they know, rather than those they don’t know. With restricted numbers, audiences will sell out quickly, so audiences will have to start taking risks on who they see. That culture of discovery of new artists is something we want to foster.’

Collins said: ‘Everybody was nobody at some point. The message we are sending is go and see people you don’t know.’

Moderator of the discussion titled, Working Together, was Regional Arts NSW Chair Julie Briggs, who reminded that 75% of artists were out of work with COVID-19 lockdowns.

Seymour said that at Arts on Tour, they are currently preoccupied with answering the question: ‘How do we try and navigate touring in 2021 when there is no JobSeeker past March?’

She said the organisation had 11 tours hopefully on the road next year. ‘We have independent artists who will need to quit jobs to go on tour. A lot of the work we are doing is to try to see how government might underwrite the risks. Touring is so complicated anyway, but once you add COVID into the equation it makes for a brain melt,’ said Seymour.

Collins made that point that while Music NSW noticed a massive swing to online performances when COVID-19 first hit, they canvassed their members and asked, ‘Have you made any money through this online pivot?’

‘The answer was no,’ said Collins. ‘We’re still waiting for the industry to find a new financial model to support performance online, and hopefully gigs will be part of that. I can’t say that I have the answers, but we are trying as an organisation to focus on the opportunities and to make sure we are flexible to move on them quickly,’ said Collins.

It was a view also echoed by Accessible Arts.

‘A good share our information demonstrates how to make events accessible, but we are very nervous about 2021 when JobSeeker runs out. What capacity will our sector have to pay for those services then?’ Comerford asked.

‘One of the challenges we see is to not go back on this good work. We now have to pay for all these COVID safety requirements, so can we pay for added accessibility also?’ Comerford said that 4.4 million Australians identify with a disability.

‘We have just secured 4-year funding, so we have a base – but it is a tiny base; it doesn’t even cover staffing our 4.8 people,’ she added.

For Comerford the critical next step was about not dropping the ball. ‘I would like to see the future to continue to build on what we learnt in terms of access in 2021, and see disability and access as much as part of every art event [preparations] as gluten-free food is, rather than something they can’t afford to add on.’

Collins said three words summed it up for her: ‘Thriving, diverse, sustainable.’

She added: ‘For us as an [service] organisation it’s important to continue on the path we started two year ago, and to focus on regional opportunities. We have program offices in Wagga, the South Coast and the Southern Highlands [all in NSW]. We believe there is a lot of opportunity for touring because of closed borders and restrictions, so we are really looking to support that movement across our offices.’

Seymour said, ‘The “future digital” is a big new area from a touring perspective as well, with new hybrid touring models and Digital Live being a new language. That has to continue to develop in terms of a post-COVID world.’

‘I have done lots of work on COVID clauses and contracts, and trying to put in the wording ‘digital in lieu of live’, and it was totally panned organisers,’ continued Seymour. ‘The message was that live is where it is at. But saying that, the pie can be sliced up to allow digital a part, and not just this FIFO  (Fly in Fly out) touring model.’

‘I hope digital becomes more of an option, and that we can make sure artists are paid for that,’ said Seymour.

Want to turn your art practice into a business? From doing market research to devising a business plan, here’s eight… 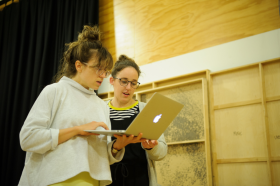