Create NSW announced its new Artform Advisory Boards attempting to establish a representative group to consult on funding. ArtsHub looks at how the numbers added up.
Gina Fairley
[This is archived content and may not display in the originally intended format.] 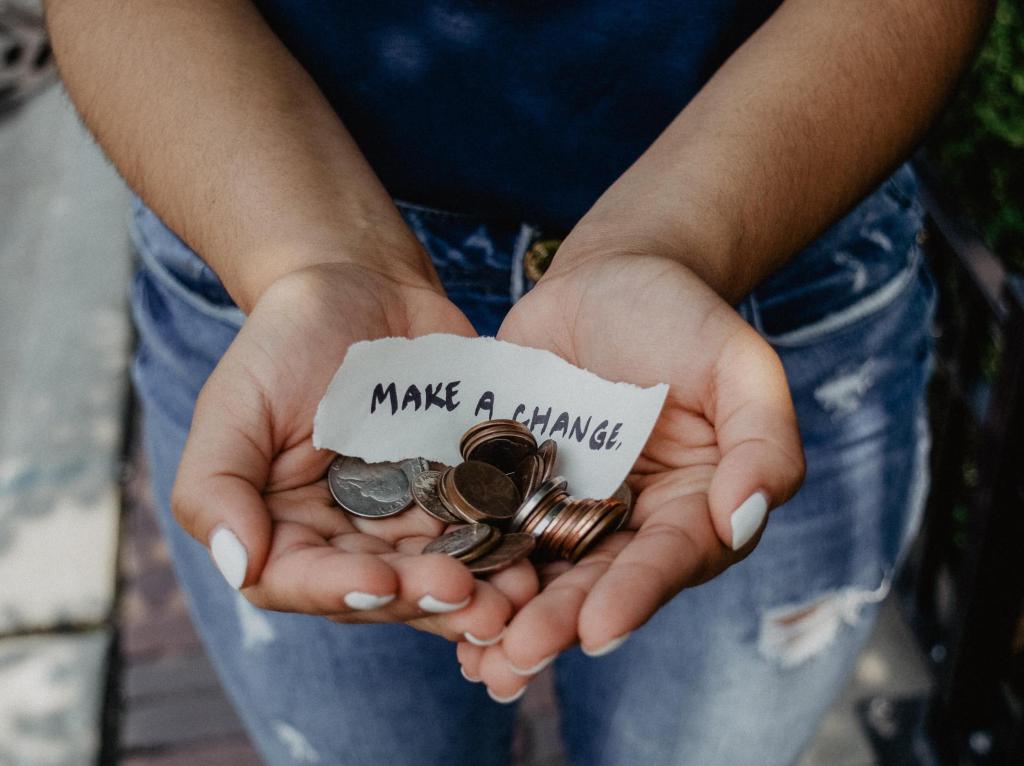 Artists are hoping for more than small change in NSW’s new funding scheme. Photo by Kat Yukawa on Unsplash

This revamp, however, was limited until the newly formed Artform Advisory Boards were to be revealed. In past NSW arts funding has been criticised for bias and political interference. So is this a more transparent and responsive funding system? ArtsHub spoke with both the Minister and Shadow Minister for the Arts, Walt Secord, to crunch the numbers.

Do the numbers add up to a fair balance?

From the 300 plus Expressions of Interest (EOI) received from the sector, 73 artists and arts professionals have been named as incoming Board Members – what equates to a quarter signing on for the job to sit on 10 new Artform Advisory Boards for Create NSW Arts and Culture Funding Program. The final list includes star picks and cultural heavy hitters such as TV personality Jennifer Byrne, Australia Museum Director Kim McKay and Chair of the Museum of Contemporary Art Simon Mordant AM.

Harwin said he was heartened by the ‘massive interest’ from the sector to step up to this responsibility.

The adage goes ‘numbers can say anything’, so what do those 73 Board Members say about NSW’s future funding prospects?

NSW Shadow Arts Minister Walt Secord said there was widespread displeasure within the arts community about the decision-making process and allocation of arts funding within the Berejiklian Government so the Opposition will be looking closely at the new funding boards.

Secord told ArtsHub: ‘We will also closely examine the composition of the boards to see if they are truly independent.’

In terms of gender breakdown, 47 women to 35 men are represented, though the balance tips in the other direction as the top with only four of the ten Board Chairs are women. There are no gender fluid appointees.

Harwin defended the gender balance telling ArtsHub: ‘Six of the 10 Boards have a majority women’, adding that ‘nearly 40 per cent of our Board members are from regional NSW and Western Sydney. This will ensure robust advocacy for artists outside of central Sydney.’

As well as geographic range the selection includes representation across small to medium organisations alongside the majors.

Harwin said: ‘The arts are not just about an inner Sydney elite. The arts are extraordinary vibrant and strong in Western Sydney and Regional NSW and a lot of very experienced people have much to offer the sector, that is why we put so much emphasis on getting that balance right.’

The numbers however, don’t look as balanced when it comes to cultural diversity and disability representation. When pushed on this the Minister said that while every effort was made, they did not receive enough EOIs from different cultural backgrounds or disability advocates. This is a contrast to the Victoria’s creation of the Creative Industries Advisory Group, which included two disabled identifying appointees.

Who are the chairs?

The 10 Chairs who were selected by Harwin himself, are:

The full list of candidates appointed Artform Advisory Boards has been posted on the Create NSW website.

In the past conflicts of interest have have been an issue for NSW arts policy including the allocation of funding in 2018 which saw reallocation of $404,000 from smaller projects to a single project, which the ABC identified as the Sydney Symphony Orchestra (SSO).

Secord told ArtsHub: ‘We will take a wait-and-see attitude to determine, if Arts Minister Don Harwin has mended his ways. Unfortunately, he has a track record and history of intervening into the allocation of arts funds.

‘Who can forget his cruel and crafty intervention where he diverted millions from struggling arts groups and poured them into big cultural institutions – without their knowledge,’ Secord said.

Esther Anatolitis, as Executive Director of NAVA (National Association for the Visual Arts), was critical of the revamp in June this year. She again told ArtsHub she continued to have ‘concerns’.

ArtsHub asked Harwin whether he felt the appointment of Opera Australia (OA) CEO Rory Jeffes posed conflict of interest, with his appointment to Chair of the Opera, Musical Theatre and Chorus Board.

‘I was comfortable having Rory as Chair because OA funding is frankly something worked out between Australia Council and Create NSW. I don’t get any say. The only thing OA might ask of that Board is assistance for a special regional tour, for example, and there is a well established conflict of interest process. We will apply the same procedure to these new Boards  that has always been in place – that they sit out on such decision should it arise.’

‘This happened all the time under the old system,’ added Harwin.

Speaking of that same Board, Harwin noted that some of the smaller organisations that were more likely to face conflicts of interest falling into that funding pool.

Anatolitis told ArtsHub: ‘Guiding policy, program and funding assessments for Create NSW will have significant impacts on artists’ lives, on the development of artform practice, and also on the state’s cultural evolution. The excellent collegiate relationships they’ll need to foster will serve NSW well in avoiding conflicts of interest and ensuring that artists and audiences come first, just as NSW taxpayers would expect.’

NAVA Board Member Wesley Enoch was appointed Chair of the Aboriginal Arts and Culture Board, while NAVA Members Steven Alderton, Sharni Jones, Michael Dagostino, Emily McDaniel and Brigette Uren were made Artform Board members.

Another possible red flag is artist representation. While the majority of the Boards have addressed this, not all are represented by a full time professional practicing artists. When questioned about the Visual Arts Board, where artistic experience is limited, Harwin responded: ‘Emily McDaniel certainly has a practice.’

McDaniel is an independent curator, writer and educator from the Kalari Clan of the Wiradjuri nation in central New South Wales.

It would also appear that a representative from the commercial gallery sector is not represented – arguably a significant aspect of visual arts practice – a problem also with the smallest Board of the group, the Literature Board, which lacks an advocate for commercial interests of writers, whereas the appointment of Philip Mortlock, long-time Creative Director at ORiGiN Music, ticks this box for the Contemporary Music Board.

From EOIs to Boards making decisions

To be crystal clear on the process, Harwin along with Create NSW colleagues chose the Board Chair positions. From the EOIs received, a list of candidates was then generated for each artform by the Minister and Create NSW, and was presented to the Chairs for selection.

The Chairs were also invited to offer alternative suggestions if they felt it was required.

The Minister said that some of the Chairs were ‘heavily involved’ in finalising their Board appointees – some exclusively making their selection – while others were happy to adopt the suggestions offered through the EOI process.

‘The Chairs are all obviously quite different,’ Harwin told ArtsHub. ‘They were picked for their chairing skills, their passion for the arts, and their capacity to run a committee.’

There has been talk for a number of years now to make our arts boards in Australia more diverse and cross-generational.

Today’s announcement included a number of younger appointees – Bee Cruse on the Aboriginal Arts and Culture Board, Nikki Brogan Current Managing Director at FBi Radio for the Contemporary Music Board, Casey Green, Classical Music producer at Sydney Opera House and Ryley Gillen Artistic Director and Chief Conductor, Illawarra On Pointe Productions both on the Classical Music Board.

Harwin told ArtsHub: ‘I thought it was really important to have young people amongst the Boards; to have fresh ideas and include their perspective in this important decision making and policy growth. They have a particular perspective as cultural practitioners and it is every bit as valid, and should be heard.’

What these Boards mean to the sector

artiThe jury is still out on the actual impact these new Boards will have. ArtsHub will be monitoring sector response over the coming days.

Harwin said that the Artform Boards will be refreshed every two years, with about a third to half of the members retired to ensure a fresh and current perspective. Funding for Round One under the revised system is currently open for applications.

The first round of assessments by the Boards will take place throughout October 2019, with a decision expected to be delivered within 14 weeks.

Article updated 15 August 2019 to remove an off the record comment.