Stuffed full of alternative Australian voices ready to challenge a mostly Anglo Saxon theatrical tradition – The God of Strangers feels like a playful exploration of what is possible for the future.
Emma Bedford
[This is archived content and may not display in the originally intended format.] 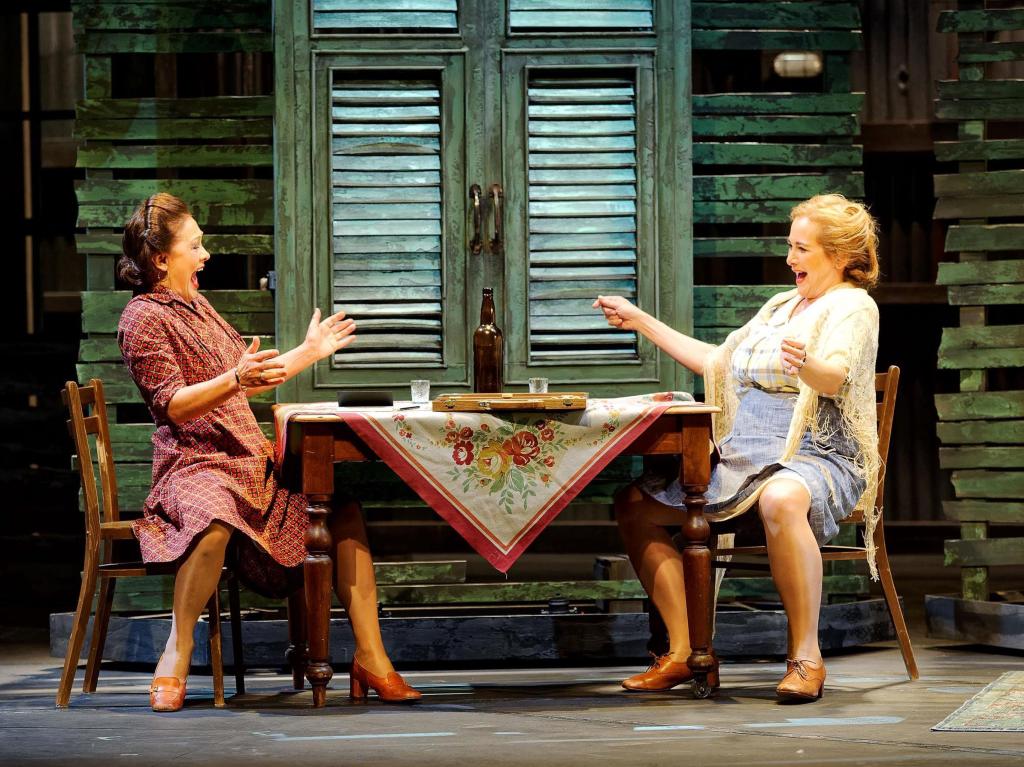 Dina Panozzo as Assunta and Deborah Galanos as Vasiliki in The Gods Of Strangers by Elena Carpetis. Presented by State Theatre Company. Photos are by Chris Herzfeld.

The Gods of Strangers begins traditionally, with the stage lights coming up on a skeletal set, bathed in a muted predawn palette giving the tall, multitudinous, wooden, fussy, set pieces an air of being underwater. At each scene change these pieces will break apart and reform, manoeuvred by the six-strong cast into a shopfront or the lobby of a boarding house. For the opening exposé we’re in a car park at the front of a metal smelter and the scene is painted vividly, the air thrums with the hopes of desperate men-folk keening for a casual day’s labour, a nod in the direction of food security or lack thereof.

This first scene makes way for monologues from the three female leads. That’s right – a new work with not one, but three female characters portrayed by women in their middle years. Can this really be a new Australian work? This alone makes the play momentous.

Through this slightly stilted style of delivery more of the world of the play unfolds. We are thrust into post WWII Port Pirie, SA. In 1934 Port Pirie was home to the biggest lead smelter in the world and by 1953 ‘Pirie’ had been declared South Australia’s first provincial city. The Gods of Strangers is firmly rooted in a specific year between these two milestones. It’s 1947 and the region is prospering. The history books make mention of umpteen boarding houses on the main street and it is in one of these that the bulk of the action takes place. 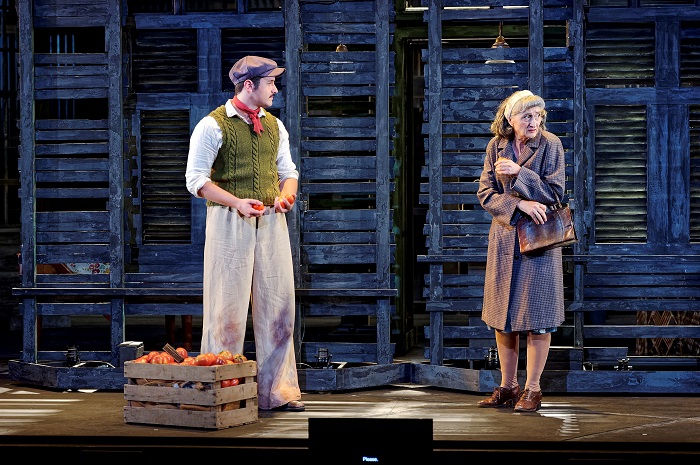 Philippos Ziakas as Yianni and Eugenia Fragos as Anna in The Gods Of Strangers by Elena Carpetis. Presented by State Theatre Company. Photos are by Chris Herzfeld.

Dina Panozzo plays Italian-born Assunta; the grappa drinking, potty mouthed, highly sexual boarding house mistress who drops such gems as: ‘Being angry is like drinking poison and expecting the other person to die’. Hers is the most likeable and the most straight forward of the three female characters; Vasiliki (played by Deborah Galanos) is her Greek neighbour, the two women are close, united by homesickness and the need to work for a living. Anna, played by Eugenia Fragos comes later; she is more introspective, quiet and desperate.

Interestingly there are four screens positioned at the front of the stage and the dialogue is delivered in three languages, Greek, Italian and English. For a new work it’s bold with some high ideals, both exposing and romanticising the backbreaking labour that workers of the time and in particular immigrant workers undertook to make their way; in this case as smelter workers, caregivers or farmers. There’s a broad range of topics held up to the light for inspection; desperation, greed, fascism, friendship, family and isolation and the casually inserted ‘the English like to take things that don’t belong to them’.

The God of Strangers feels like a playful exploration of what is possible for the future, Elena Carapetis’ new work is suggestive of change, stuffed full of alternative Australian voices ready to challenge a mostly Anglo Saxon theatrical tradition in this country and so it’s a funny mix, a plethora of possibility but The Gods of Strangers is lengthy, lethargic and laden with stereotypes. The good work of introducing new voices is overshadowed by heavy-handed theatrical conventions including a massive, compartmentalised set that lends itself to unnecessary, time-consuming scene changes and there are a series of strangely melodramatic events that form the crux of the play. 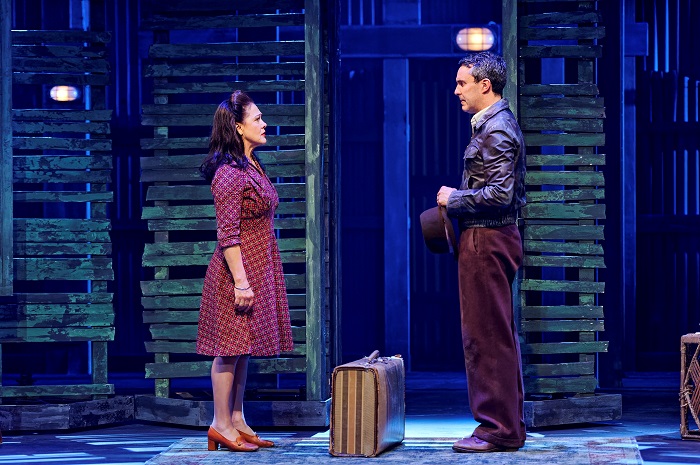 Dina Panozzo as Assunta and Renato Musolino as Vito in The Gods Of Strangers by Elena Carpetis. Presented by State Theatre Company. Photos are by Chris Herzfeld.

It’s after interval that the clarity of the work begins it’s unravelling. There is even a montage. What begins as a social commentary on the plight of the immigrant worker ends up primarily something inherently, anachronistically nineteenth century, adhering as it does to the style of an (albeit highly emotional) drawing-room drama. It’s unclear if this is a directorial choice or symptomatic of the privilege of producing a major new work for the main stage in South Australia.

This piece strives to achieve too much. Happily it’s met by a vocal, sympathetic audience on opening night in the Dunstan Playhouse at Adelaide Festival Centre so there’s hope.