Ben Quilty calls for changes to how artists are taxed

Top of the Arts 2025 agenda for artist Ben Quilty was tax reform for artists. He also warned the sector to stop infighting and work on shifting perceptions.
Gina Fairley
[This is archived content and may not display in the originally intended format.] 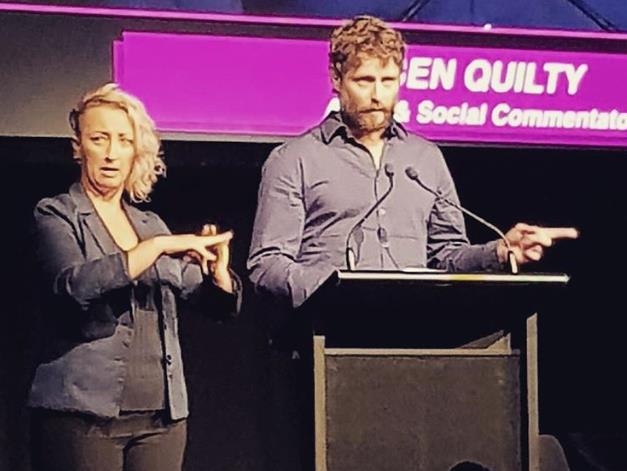 Last Friday (23 March) over 500 delegates from the arts, screen and culture industries came together for the Arts 2025 Summit hosted by Create NSW. Delivering the keynote speech was award winning artist and activist Ben Quilty. He urgently emphasised the need to shift our national perception of the arts – one that seemingly has shifted little since he received career advice at high school in the 1990s.

Quilty also used the moment to advocate for change within our tax system, urging a more civic approach to the arts.

He reminded those gathered: ‘In France there is no tax on art materials, which means artists are attracted to go and live in France. In Ireland [income] under $250,000 is absolutely tax free if you work in the arts, and that is everyone in the arts from literature to painting and film-making.

‘I now realise that we have the opposite [in Australia]; that sports people are free of tax and we pay,’ Quilty said.

Quilty was referring to the fact that Australia’s elite athletes have their careers groomed at the Institute of Sport free of HECS debts, while the same consideration is not extended to artists, nurses, policemen, school teachers and paramedicals.

Tired of talk; time for change

Part of the Art 2025 Summit’s agenda was to hand a platter of ideas to NSW Minister for the Arts, Don Harwin – achievable visions that could be worked on over the next seven years.

Some have criticised the talkfest that resulted, suggesting it was a lost opportunity for constructive action.

Quilty praised Minister Harwin’s genuine interest in the arts, adding that he was engaged and curious about what he did. Quilty had a very different encounter with an arts minister early in his career. He recalled: ‘That minister held out his hand and said to me, “I don’t know much about art mate but do you like rugby league?”’

Quilty continued: ‘It went some way to explaining perception towards the arts. If a Minister for the Arts has that perception then how does the rest of the community understand what I do?’

Quilty believes the solutions lie in education, a more unified sector, and tax breaks that recognise the value of culture. 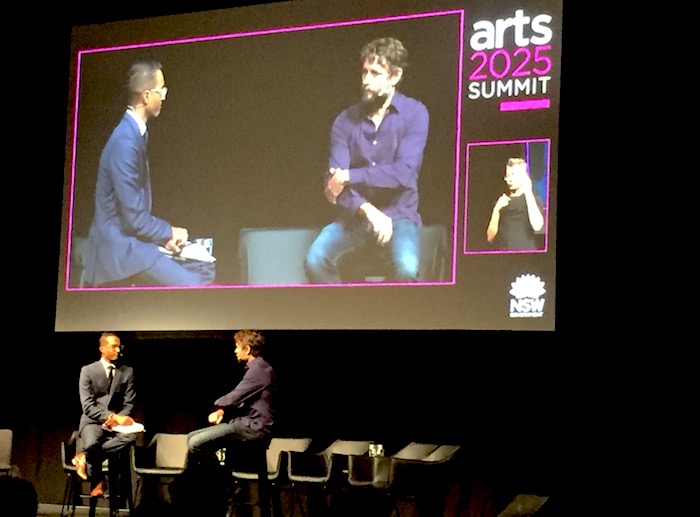 How perception can fuel a tax break

Quilty said that it was only a few years ago that he overcame the embarrassment of introducing himself as an artist. ‘The embarrassment I had for what I do is not natural.’

He went on to say that art is not about perception, but rather is about seeking human truth.

He also spoke of recently being attacked on social media – along with the National Gallery of Victoria (NGV) – during the NGV Triennial exhibition.

Wilson Security – which guards detention centres on Nauru and Manus Island – had been bought in as an interim security firm at the NGV. A group of sculptors, filmmakers, curators, writers, theatre makers, painters and designers known as the Artists’ Committee helped spearhead protests against Wilson Security’s involvement at the Gallery. Quilty was criticised by some after walking through the Artists’ Committee’s blockade of the Triennial’s official opening on 14 December last year.

Quilty, however, focused on the fact that it was the NGV which was the target of criticism, and not other venues employing Wilson Security. ‘Again it is about this idea of perception, that the [Gallery] is an easy target … remembering that Wilson Security also does the security at MCG [Melbourne Cricket Ground],’ he said.

‘We need to absolutely stand strong together and unified in the museum’s ability to unpick these taboos, and the reason for that is it makes a better community to live,’ he added.

But how does perception lead to tax? Quilty spoke of winning the Brett Whiteley Travelling Scholarship, the same year that several young athletes travelled to the Salt Lake City Olympics and made the news for getting high on caffeine drinks.

‘I realised the young sportsmen behaving so appallingly in Salt Lake City were there tax free, with no HECS scheme – zero repayment to the community – and I realised symbolically that the tax I was paying on the $25,000 [scholarship I had received] was actually paying for them to buy V drinks.’

Quilty continued to build his case, adding that the decimation of the Australia Council in 2015 at the hands of then Federal Minister for the Arts George Brandis, would be inconceivable if staged by the Minister of Sport against the Australian Institute of Sport.

‘Again it was about the idea of perception – that we don’t fit into the community the same way that a sportsperson does,’ he said. ‘Without a shift in perception we will continue to tread water.’

Quilty concluded with a plea: ‘As I have moved forward [in my career] I realised that the arts is one of the most fractious industries – there is so much infighting, so many cracks. I beg you all to try and be collegiate and try and stand together and allow artists to have the voice that will make the place we live in better.’

Some will reject Quilty’s position that we could be better as a sector in allowing artists’ voices to be heard – but few would reject his plea for a more unified arts community, one that speaking together could be as loud as sport – and god forbid, alter public perceptions for the benefit of all.

For more read: Inspire60 – Ben Quilty inspired by telling people they are wrong